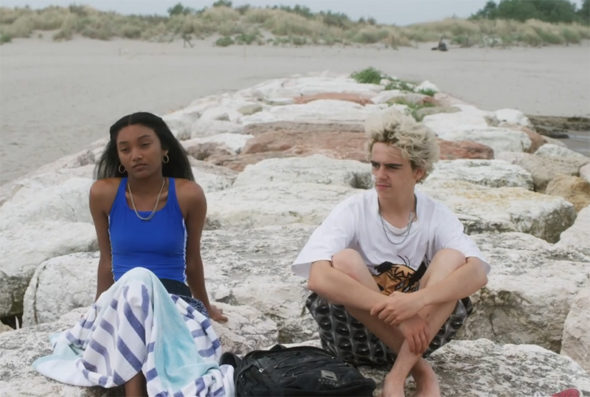 In the latest episode of ‘We Are Who We Are’, we see Caitlyn facing fractured friendships, following her split with Sam. Colonel Sarah Wilson gets into a clash with Richard when she decides to deploy her troops early. Diving deep into complicated family dynamics, episode 3 does a splendid job in exploring its characters further. Now, we cannot wait to see what will unfold in the next part. Let’s get started.

We Are Who We Are Episode 4 Release Date:

We Are Who We Are Episode 4 Spoilers:

The upcoming episode is called ‘Right Here Right Now IV’. HBO has released its official synopsis, give us some more insights into the storyline. It goes as follows: “As his deployment is fast-tracked, Craig proposes to his Italian girlfriend, Valentina; Craig’s friends throw a Hawaiian-themed wedding that leads to an evening of debauchery.”

Where to Stream We Are Who We Are Episode 4 Online?

We Are Who We Are Episode 3 Recap

In episode 3, it is the time for festivities in the charming coastal town of Chioggia. The populace gathers to celebrate the occasion with flags, drum lines, and displays of strength. The marquee event is a tug of war, held between the Italians and an American squad, led by a soldier named Richard Poythress. Richard’s daughter Caitlyn has recently forged a friendship with Fraser. When the GIs loses the duel, there is a clash between the two teams.

Colonel Sarah Wilson and Richard get into an argument about where to deploy the troop lines. Richard is not at all happy that Caitlyn is spending more time with the Wilsons. When Sarah invites her to stay for dinner, she wants Caitlyn to see how she runs her house differently as compared to Richard. Meanwhile, tensions are brewing between Richard and his wife Jenny, who feels neglected. Even Danny seems increasingly angry.

During the festival day, Sarah, Maggie, and Jenny are seen bonding over common things that bind their lives together. Jenny confesses that she has lost her identity somewhere. She says: “I used to be a lot of things. On the other hand. Maggie considers how she has raised Fraser as her own son but has never received the acknowledgment for the same.