Will There be a We Hunt Together Season 2? 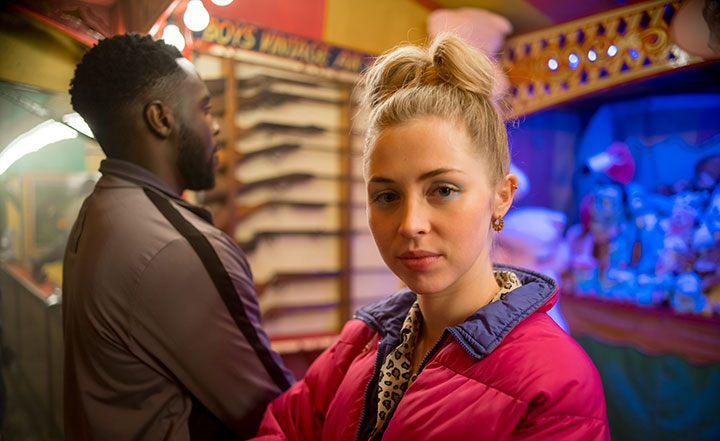 The game of cat and mouse escalates to deadly levels in the British crime drama, titled ‘We Hunt Together.’ London becomes the ground where two serial killers stalk their prey, while two detectives attempt to bring them to justice. Sexual attraction and emotional manipulation come together in the dynamics between the pair of hunters and those being hunted. Showtime had onboarded the show from BBC Studios to the US. Since season 1 has ended, here’s all you need to know about ‘We Hunt Together’ season 2.

We Hunt Together Season 2 Release Date:

We Hunt Together Season 2 Cast: Who Can be in it?

Eve Myles plays the part of DS Lola Franks. Lola is an experienced cop who catches the trail of some violent killings. Eve is a rather talented actress, known for her appearance in ‘Torchwood.’

Babou Ceesay’s Jackson Reid joins her. Jackson is new to the job and messes up along the way. However, Lola doesn’t lose her patience – too much – as Reid learns the ropes. Once the detectives find their rhythm, they start making progress in the case. Babou is known for works like ‘Free Fire.’ Hermione Corfield and Dipo Ola round out the cast as Freddy Lane and Baba Lenga respectively. They are the bad guys who are being hunted. In season 2, we expect the entire lead cast to make a comeback.

We Hunt Together Season 2 Plot: What Can it be About?

‘We Hunt Together’ shows London as the ground where people’s inherent darkness comes to light. DS Lola catches a case where the victims have not just been killed but blatantly humiliated. Soon, they begin to track a couple who seems to be on the run. There’s some sparring of wits, as the detectives – Lola and Reid – realize that the woman they suspect, has always liked being intellectually superior to the guys she’s dated.

More such disturbing and dangerous revelations come to light. At the same time, we see the dynamics between the detectives and the killers. The more time they spend with and around each other, the lines start to get blurred. Eventually, the question arises whether some people have darkness within them and what should be done with such people. Apart from the gripping narrative, the stylish camerawork holds up London in its neon glory. It is an exploration of the city’s potential darkness like never before. Season 2 is expected to follow Lola and Reid as they tackle another case in the criminal underbelly of London.