We Summon the Darkness Ending, Explained

Opening with an elaborate riff similar to that of other slasher flicks, ‘We Summon the Darkness’ first establishes that while our three seemingly young and reckless main characters are off to have some fun at a rock concert, their town is gripped by satanic cult murders. It’s in the newspapers, on television, and even on the radio of their car. The way the girls simply ignore these warnings makes you look at them with pity for their naivety to the situation. Even from a viewer’s perspective, you assume you know what’s about to happen. However, that ends up changing soon.

‘We Summon the Darkness’ is a slasher horror flick meddled with dark comedy that entertains you with its “hall of mirrors” approach to the genre. Although the storyline of the film is pretty linear, there’s a major twist somewhere midway through its runtime. So further down in this article, we’ll be further explaining that twist along with the ending of the film. 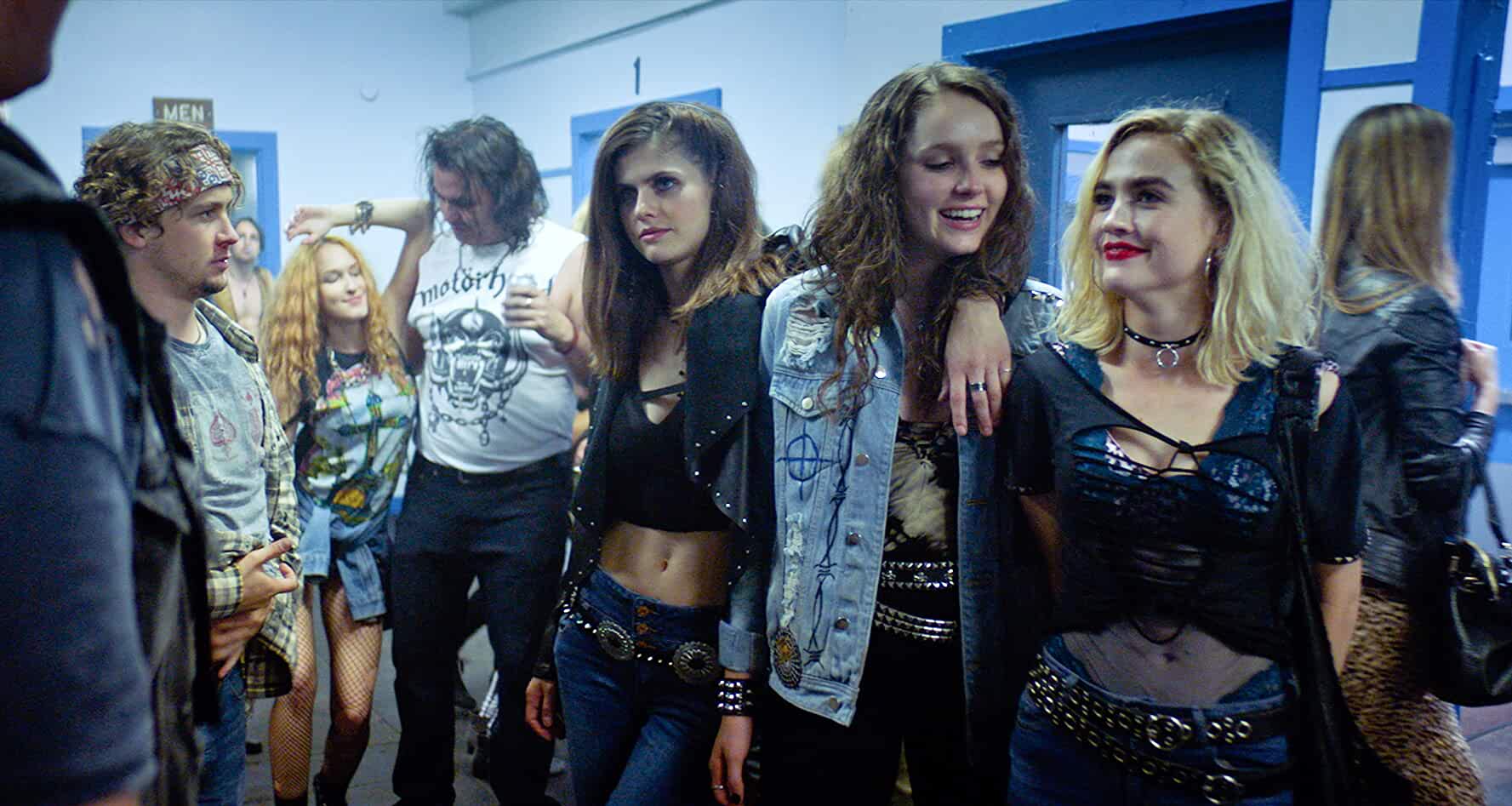 Most mainstream slasher horror films are shot-for-shot recreations of one another. ‘We Summon the Darkness’ seems to be treading a similar path when it first introduces three attractive young women as its main characters and the cult murders in its backdrop. Being too familiar with the typical gender roles of such films, you’re bound to assume that further in the movie, these young women will probably become the victims of these killings. But right from the beginning itself, there’s a subtle shift in its tone that later leads up to its big reveal. In the initial moments itself, Alexandra Daddario’s character, Alexis, makes a reference to an African tribe in which women use their make up as “sexual warpaint.” This scene itself foreshadows the big twist that lies ahead.

Later, the girls arrive at the concert and start talking to the three boys they end up meeting. From the brief banter that goes on between them, it almost seems like the girls know a bit too much about heavy metal music, almost like they’ve memorized certain details about it just to have that particular conversation. After the concert, along with the boys, they go to Alexis’ secluded country home and start playing “never have I ever.”

This is when it is revealed that Alexis, Val, and Bev are the members of the satanic cult that has been killing people all this while. However, the bigger twist is that they are not a satanic cult and are only pretending to be one. They actually perform religious sacrifices and only make it look like a satanic cult murder by drawing pentagrams and other demonic drawings on the wall. Also, they intentionally choose metalheads as their victims because well…heavy metal music is considered to be satanic.

Through these murders, their motive is to make sure that people blindly incline themselves towards their faith in Christianity, which will further profit them both economically and commercially. It is later revealed that Alexis’ father is the leader of the cult and now has several blind followers under him, who are all trying to fake such satanic deaths to lure more followers. Alexis was performing this ritual in her own home because her father was suspected of being a fraud. So in order to prove that he had nothing to do with these seemingly satanic rituals, he had asked her to perform these killings in his home, which would assure people that he, too, can be the victim of these.

The Ending: “Don’t Believe Everything You See”

Unfortunately for Alexis, things don’t really go as planned, and adding to that, Bev, who was initially supporting this sinister initiative, later ends up turning against her. The country home soon turns into a “Battle Royale” arena where a gory showdown ensues with Alexis and Val on one side and Bev and the two boys on the other. Soon, even Alexis’ father arrives at the scene and even attempts to kill Alexis. However, Alexis is saved by Bev, who realizes that Alexis was too brainwashed by her father.

Bev spares Alexis and drives out of the home with Mark. That’s when Alexis suddenly shows up on the road, trying to stop them from leaving. This scene makes you realize that Alexis is far too contrived in her own religious beliefs that have been instilled into her by her father ever since she was a child. So there’s no way she can be saved. Bev, who was more of a pacifist in the beginning, does not think twice before ramming her car into Alexis and eventually killing her.

In the closing moments of the movie, Bev can be seen at the same gas station shop, which was portrayed in the early moments of the film. The owner of this shop was previously seen obsessing over the news of the satanic murders and had warned the girls about all the evil that lurks in the world out there. In a very similar fashion, he is now seen watching a news channel in which Alexis’ father, Pastor John Henry Butler, shamelessly tells the press that he had no clue about his daughter’s involvement in the cult practices. This shows that he simply uses his daughter’s murder to get away with his own evil religious practices.

With this, the Pastor is able to assure the world that if he can be the victim of these murders, then there’s no way he can be involved in them. Looking at this, the shop owner mutters, “Amen,” and that’s when Bev tells him, “Don’t Believe Everything You See.” All this while, she, too, was brainwashed into believing that Pastor John was making people commit these murders only for the betterment of the world. In the end, she realizes that she was blinded by her faith in him and her friends, and there’s a lot more to her religion than her eyes could initially see. Ironically, the film ends with T’Pau’s “Heart and Soul.”