When Will Weathering With You Release in the US? 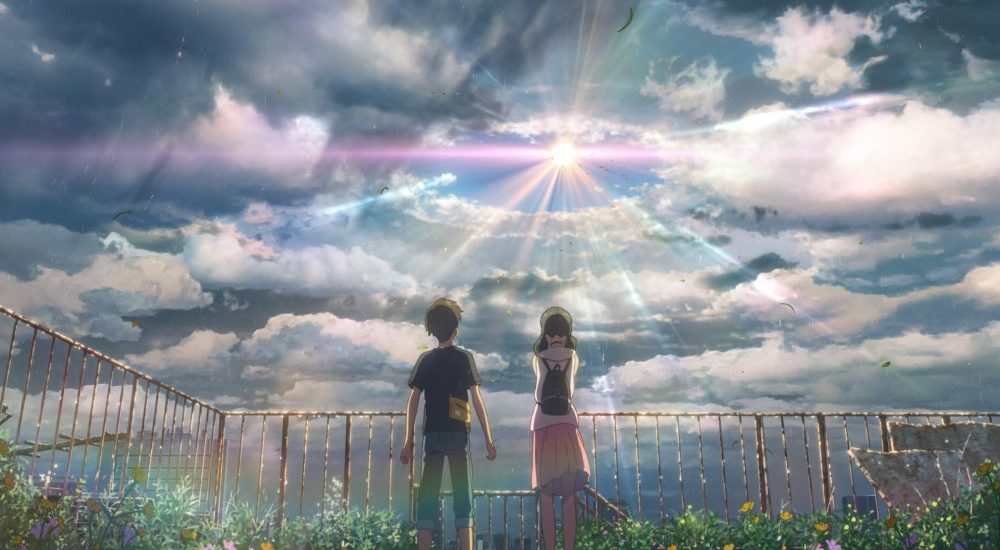 Over the years, Makoto Shinkai has not only made his name in the world of anime but has also become a sensation in the entire entertainment industry. His sublime 2016 hit ‘Your Name‘ set new benchmarks and is now recognized as one of the best-animated movies of all time. After the success of ‘Your Name’, ‘Weathering With You’ is another one of his creations that earned rave reviews at almost every film festival it was opened at; including the Toronto International Film Festival. After being the top box office hit of Japan this year, the film has also been selected as Japan’s entry to the 92nd Academy Awards.

Makoto Shinkai’s films are always hard to watch as they bring in a transient sense of wistfulness that virtually slows down time. As a viewer, you experience the emotions behind everything from the movie’s visuals to its characters. From the looks of it, ‘Weathering With You’ seems to be grounded like all of Makoto’s previous works and revolves around his recurring theme of “separation”. Makato’s films have always been major tearjerkers. You can expected the same with this film too.

In an interview, Shinkai revealed that his inspiration for the movie came from the disasters and severe climate changes that we’re starting to experience these days. He wanted to contrast the whole idea with the innocence of a child who faces contradicting thoughts between his own personal peace and that of the world he lives in. That being said, the film is now finally hitting theaters worldwide and according to many of its early reviews, it is a fantastical, emotional and overwhelming journey of love that also explores several other themes that revolve around climate change. And now that the film has also received an official US release date, let’s get discuss everything we know about it.

Weathering With You Plot: What Is It About?

‘Weathering With You’ features two young characters named Hodaka Morishima and Hina Amano who are both 16 years old. While Hodaka runs away from home and struggles to find shelter in the city of Tokyo, Hina lives with her little brother and just somehow manages to get by with her life. Eventually, destiny brings the two together and what follows is an incredibly moving story of love and innocence. While the story of the two characters starts to unfold, Japan seems to be suffering from its worst monsoon ever where it’s raining cats and dogs. This is when Hina, who can manipulate the weather, steps in and brings in some sunshine to a world that slowly seems to be drowning. But everything comes with a price and so do Hina’s incredible abilities to control the weather.

Weathering With You Cast: Who is in it?

Since it’s an anime movie, its cast only consists of voice actors. According to reports, for the role of the two protagonists, Hodaka Morishima and Hina Amano, more than 2000 people were auditioned and the positions for other secondary characters of the film were merely filled by returning crew members from ‘Your Name’. Hodaka Morishima and Amano Hina have been voiced by Kotaro Daigo and Kotaro Daigo respectively.

The other important cast member includes Shun Oguri, who is known for his work in ‘Fullmetal Alchemist the Movie: Conqueror of Shamballa‘ and Tsubasa Honda, who made her debut as a voice actor but has previously appeared in several TV dramas. Apart from these, several other renowned voice actors like Chieko Baisho, Sei Hirazumi, Yuki Kaji and Ayane Sakura are also involved in the film. When it comes it English voice cast, no official claims regarding its English dub have been made yet, so if you’re looking forward to watching a dubbed version of the film, you’ll probably have to wait for a long time.

Weathering With You Crew: Who is Behind it?

Makoto Shinkai had first announced ‘Weathering With You’ back in August 2018. So, it took him less than year to finish the film and release it in theaters. That could have only been possible because of the incredibly talented crew behind the film.

AtsushiTamura is the animation director, whereas the art direction of the film has been done by Hiroshi Takiguchi, who has previously been involved with Netflix’s ‘Ajin’ and several installments of the ‘Doraemon‘ movies. Masayoshi Tanaka, the character designer, already has several great anime titles under his belt including ‘AnoHana: The Flower We Saw That Day‘, ‘Bleach‘, even ‘The Girl Who Leapt Through Time‘.

The film has been animated by CoMix Wave Films Studio. Since it is an original anime film, it has not been adapted from a manga or a light novel series. In addition, a software known as Toon Boom Storyboard Pro was used for the planning out of several production-related aspects of the film.

Weathering With You Release Date: When will it premiere?

‘Weathering With You’ first premiered in Japan on July 19, 2019 and according to reliable sources, it has been confirmed that the film will release in the US theaters on January 17, 2019.

Weathering With You Trailer

Just recently, the film received a new subbed teaser which confirms that it will come to the US in January 2020 and since the trailer itself is in Japanese along with English subtitles, the film will probably not receive any official English Dub.