10 Best Weed Movies of All Time

Being a Non-American watching Hollywood movies and TV Shows, I can only imagine that Marijuana, commonly known as Weed is an integral part of the American lifestyle, whether legal or illegal. In fact, there are several movies which are totally based on Weed. These movies are mostly comedies, illogical, silly and of course, funny. Over a period of time, the movies created a genre of their own. They are either called “stoner movies” or “stoner comedies”. These movies are very popular. People who smoke weed watch them obviously, and people who don’t, watch them anyway. In this article, I list out top movies about weed. Keep in mind that these are not classic examples of filmmaking, but they are classics in their own way. This list has a variety of films: from high school weed movies to very funny weed films. You can watch some of these best weed movies on Amazon Prime or Hulu. 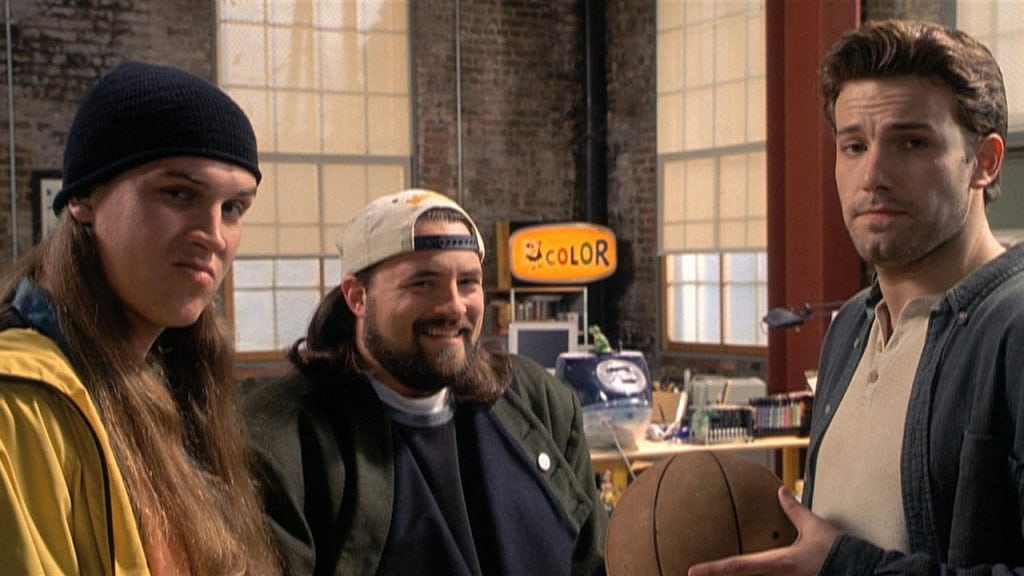 ‘Jay and Silent Bob Strike Back’ provides four different comedy genres at the same time. It combines a buddy comedy, a road trip comedy, a stoner comedy, and black comedy all in the same movie. The story is about two weed addicts who inspire a comic, which is being adapted into a film. When they realize that they have no benefit out of their own story being told, they decide to ruin it.  The jokes are funny and most fit nicely. This movie is definitely worth the 100 minutes. 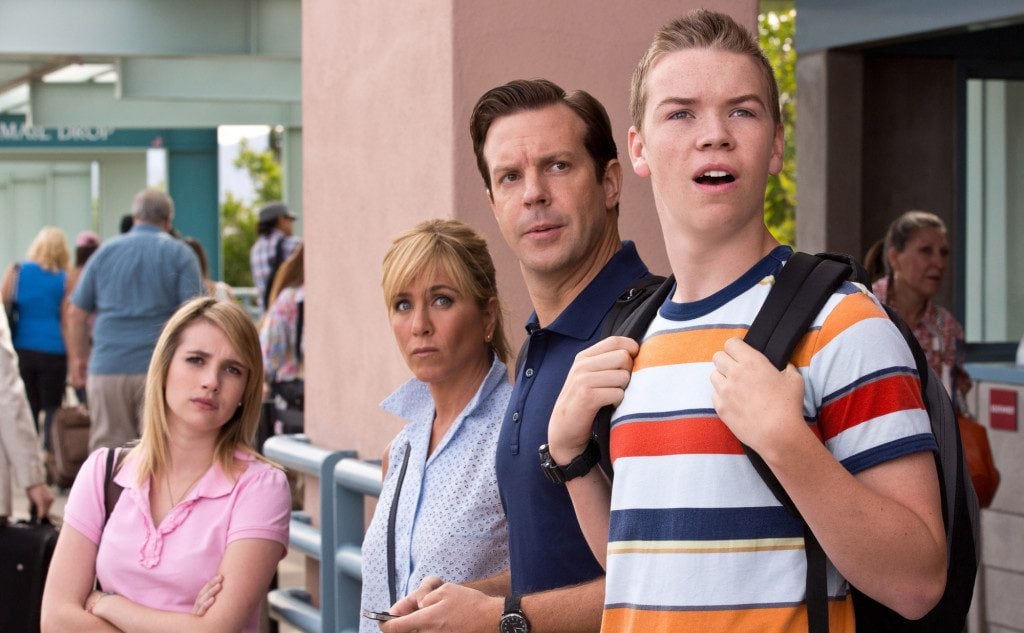 Jason Sudeikis and Jennifer Aniston play a drug dealer and exotic dancer who pose as suburban parents of teenagers to smuggle in drugs and weed from Mexico. The film includes two awkward teenagers, played by Emma Roberts and Will Poulter. ‘We’re the Millers’ did make me laugh. It’s pure entertainment and exactly what one looks for from a comedy. It isn’t completely based on weed, as the characters don’t smoke. But they’re smuggling it nonetheless.

This film is funny from one end to the other, even if one smokes weed or not. It is one of the most popular weed comedies of all time for a reason, and that is the chemistry between the lead actors.  As someone who heard about this movie by word of mouth, and expecting a basic weed comedy, this turned out to be something more, something fantastically funny and so over the top, that it makes ‘Up In Smoke’ open to all audiences. 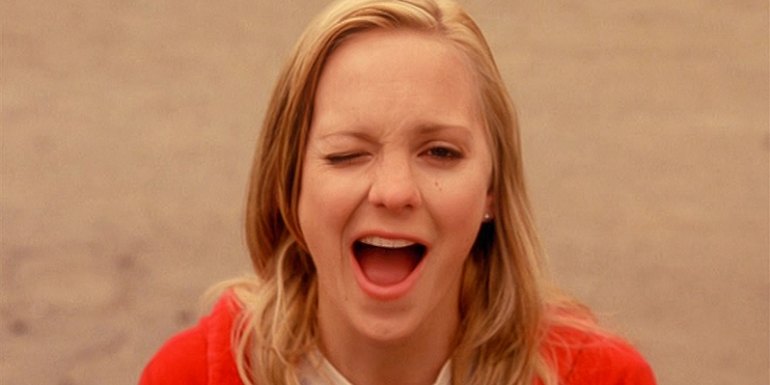 The movie is about a college student who accidentally intoxicates herself with a large amount of Weed. Her day becomes especially adventurous and memorable as a result. The movie has several strong points. The acting is great, the portrait of a dope-head very convincing, beautiful images, good music, and cinematography. Above all, the movie is simply hilarious. Another reason why ‘Smiley Face’works is because of the accuracy with which it portrays a person high on weed. 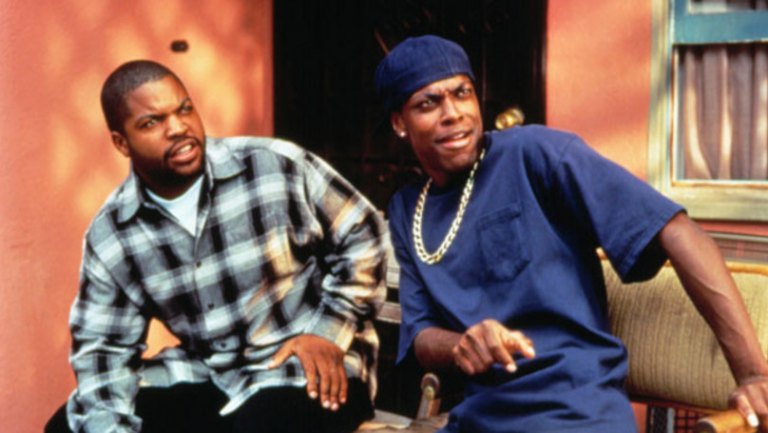 The movie is famous for its content and of course, because of the above picture. ‘Friday’ is different in terms of the characters, because they’re not just downright dumb but are also strong, in their own sense, with clear desires and obstacles to overcome, however silly they are. This allows the rest of the cast to bounce off of them and shine. The addition of the ticking clock I think is a good idea as it adds tension to the story. The humor in this film is achieved through conflict and not weed comedy stereotypes which at times seems to be a favorite ploy of urban films. 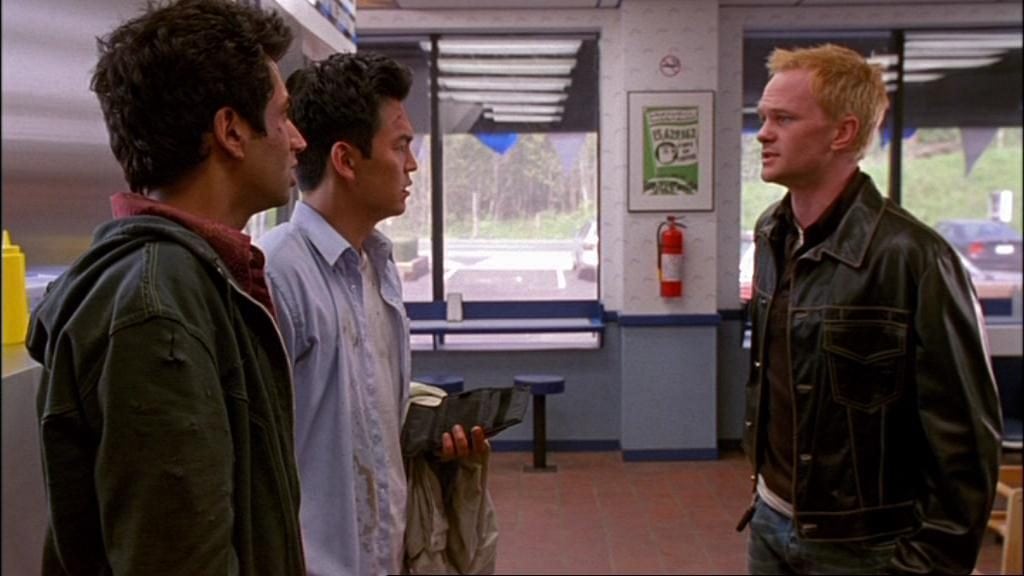 Harold and Kumar are two best friends with promising careers but are too distracted with a passion for getting high. They smoke weed together and feel the need for White Castle. The film has a great deal of slacker humor. The two guys make great comedic chemistry without the usual comedian. Their humor really comes from their conversations. Neil Patrick Harris makes a hilarious and outrageous cameo. 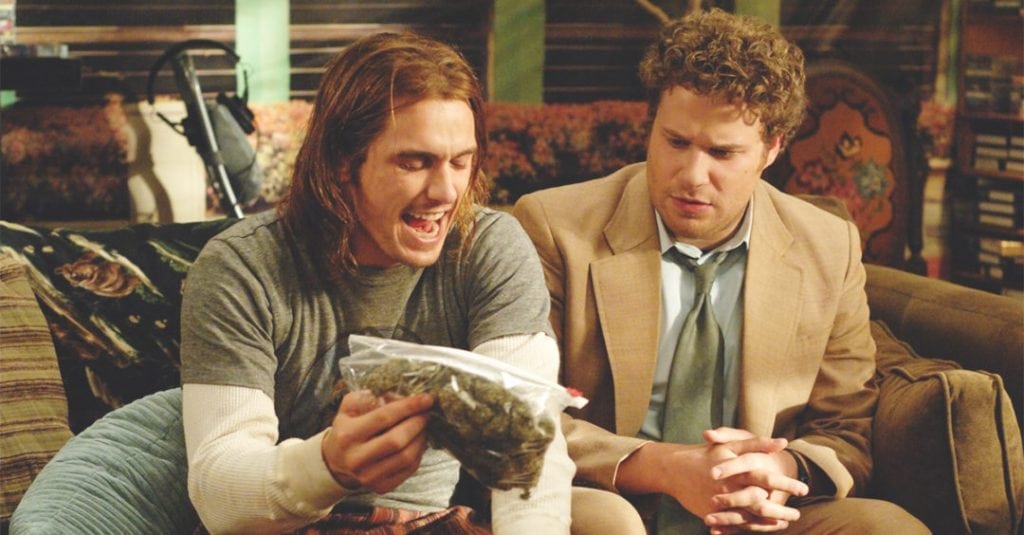 The thing about ‘Pineapple Express’ and its comparison with other action/comedies is that it’s similar in its own unique way. It has a simple premise, two guys on the run, consistent laughs and decent action sequences along the way. But what sets Pineapple Express apart is its impact of weed in the overall plot. Not only is weed what leads to the main conflict, but it also has an impact on the supposed friendship between the two main characters and has a surprising effect on the climax of the film. 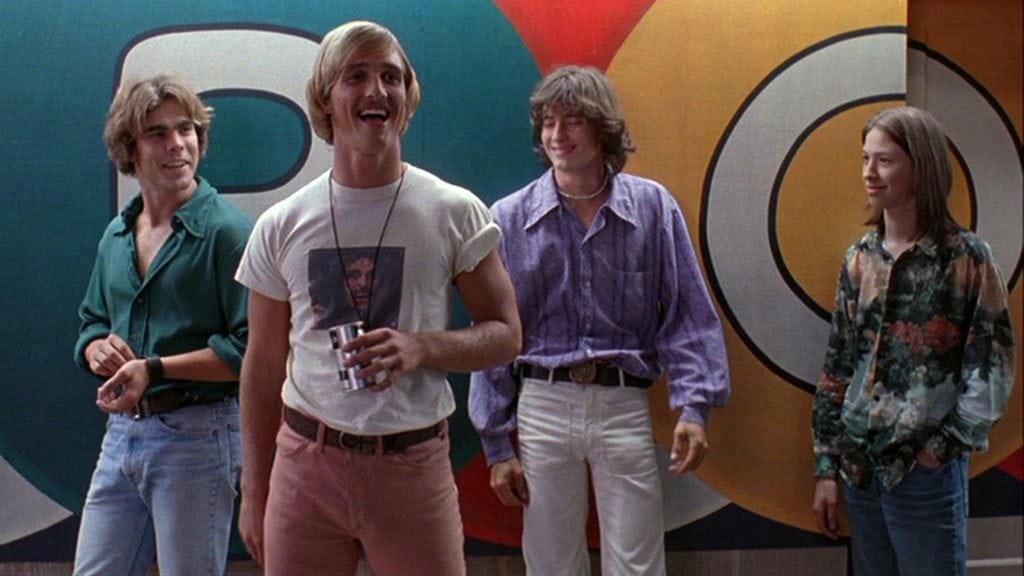 We have all gone through that rebellious stage of our school and college lives when we just couldn’t find satisfaction in anything other than Rock ‘n’ Roll and when conforming to the rules and regulations of the older generations seemed unthinkable. No matter the age of the viewer, this film will certainly make you live those memories again. The characters in the movie, as the title suggests, are “dazed” and “confused”, thanks to the drugs, the alcohol, and the weed. And these are the elements that evoke comedy and entertain you. 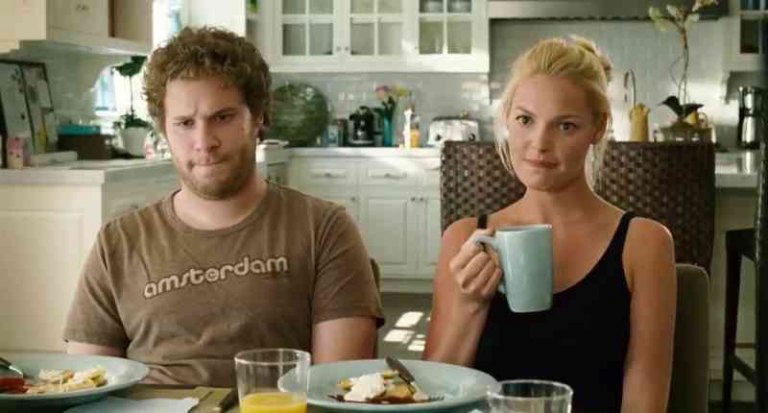 Seth Rogen and Judd Apatow make a film about relationships and pregnancy as slacker Rogen knocks up Entertainment reporter Heigl. The film makes observations about relationships and flawed people getting along with each other which is rare. I think at no point are people intentionally mean to one another which is rare in a Hollywood film. The film has the usual grossed-out humor dealing with weed and sex. 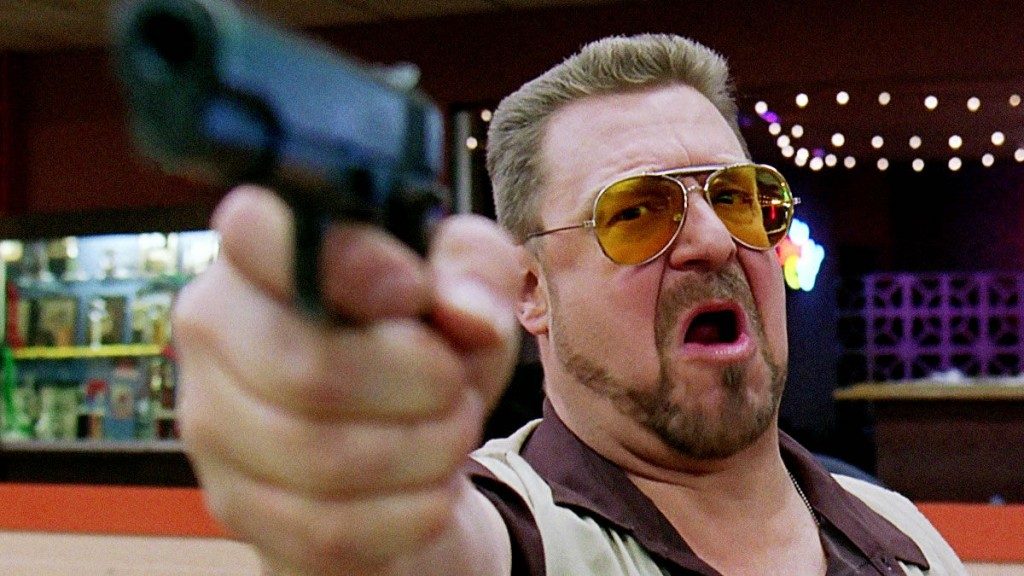 This is one of the best weed movies, one of the best comedy movies, and probably one of the best movies ever made. After watching it for the first time I liked it but when I watched it again I simply loved it. It’s just one funny ride from beginning to the end. You can watch it as many times as you like and still find it funny. Jeff Bridges at his best with perfect John Goodman, Steve Buscemi, Julianne Moore and others. Coen brothers just give us something rather special and almost nothing goes wrong with ‘The Big Lebowski’.