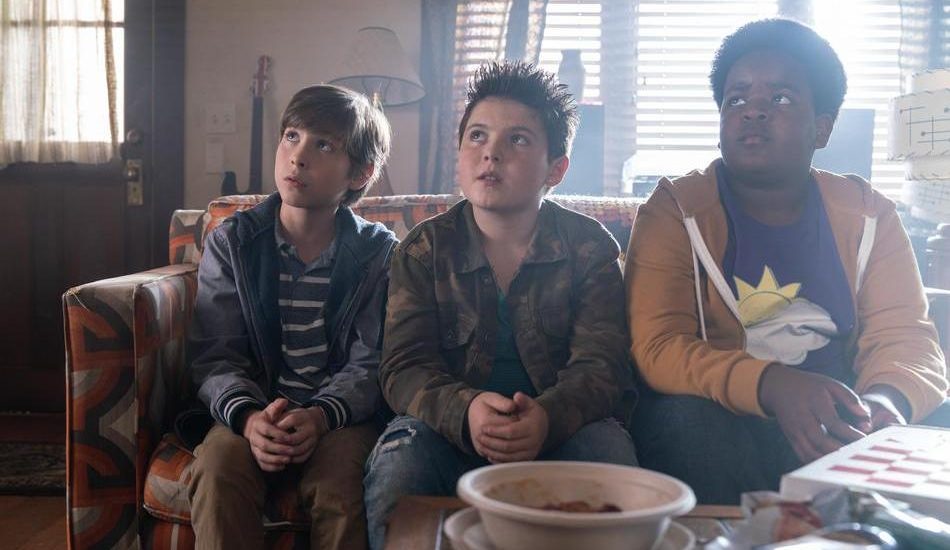 ‘Good Boys’, the new R-rated comedy, has topped the weekend box office charts with a solid $21 million collection. The film is the first r-rated comedy to open at No.1 in the last three years. It also garnered the biggest opening for an original comedy this year. The movie truly surprised everyone with its strong showing.

2019 has been a year filled with sequels, remakes, and adaptations. Thus, it is refreshing to see ‘Good Boys’ as the third original film, besides ‘Us‘ and ‘The Curse of La Llorona‘, that has topped the weekend box office. Internationally, ‘Good Boys’ has made $2.1 million from 13 overseas markets. Out of these, the U.K. leads with $1 million. Next weekend, ‘Good Boys’ is set to release in France, Germany, Spain, and Austria. It will arrive in theaters in Italy and Australia in September while Mexico will see the movie release in early October. Notably, the collections from ‘Good Boys’ has helped Universal become the second studio to top $1 billion at the domestic box office in 2019, so far.

The studio is enjoying a terrific run as their movie ‘Fast & Furious Presents: Hobbs & Shaw‘ was second at the box office in a weekend that saw five new releases. In its third weekend, the movie has made $14.1 million in domestic markets, bringing the total to $133.7 million. Internationally, the movie has made another $45.7 million, bringing the global tally to $437 million. We expect ‘Hobbs & Shaw’ to make even more when it launches on August 23rd in China, where the franchise, with its fast cars, is a huge crowd puller.

Disney’s ‘The Lion King‘ is still going strong. The movie holds on to the third spot at the box office, having made another $11.9 million over the weekend, bringing its domestic tally to $500 million. Internationally, ‘The Lion King’ has managed to bring in $33.8 million over the weekend. Thus its global tally stands at $1.435 billion. The other two spots on the top five list include ‘The Angry Birds Movie 2‘ and ‘Scary Stories to Tell in the Dark’. The former comes from Sony Animation and has struggled a bit, bringing in only $10.5 million this weekend. The latter comes from Lionsgate and has made $10 million domestically, and $5.6 million internationally to bring the total global tally to $55 million.

Among the new releases, ‘47 Meters Down: Uncaged‘ falls outside the ‘top five’ spot and performed below expectations. Entertainment Studios hoped that the film would bring in $15-16 million, but it only managed to make $9 million. WB’s ‘Blinded by the Light’ takes the bottom spot in the box office top ten, making only $4.45 million over the weekend. It is yet another disappointment for WB after the underwhelming box office performance of ‘The Kitchen’. Richard Linklater’s ‘Where’d You Go, Bernadette‘ ranks outside the top ten and has brought in $3.45 million over the weekend. (Source: Box Office Mojo)