Which Island Was ‘Wendy’ Filmed On? 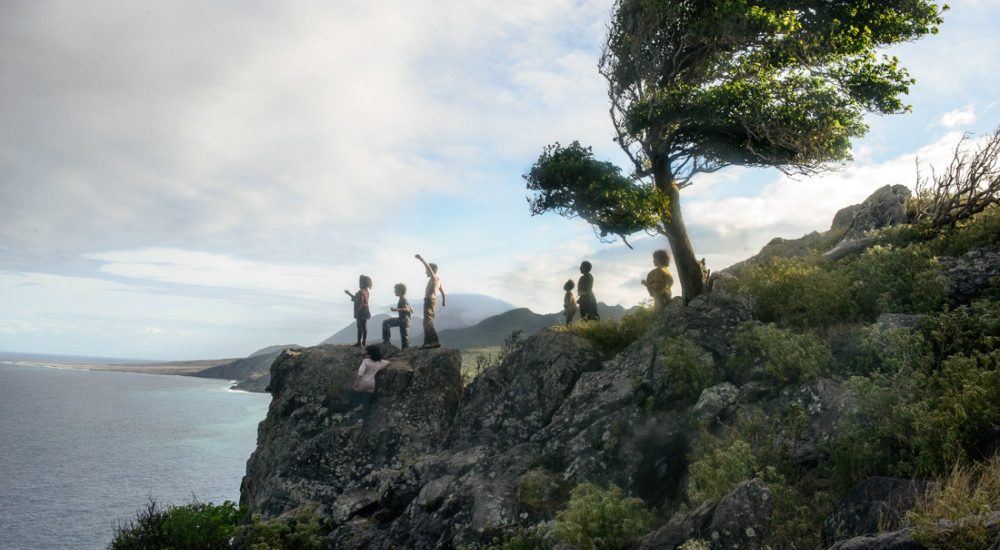 ‘Wendy’ is a movie that holds a lot of promise. It is surreal and advances a budding filmmaker’s foray into providing some spectacularly fantastic stories. It is one of those movies that come only once a while and take years (literally) to make. Well, such befitting storytelling is only suitable for a tale that is adapted from the popular Peter Pan saga. That story has been narrated and shown so many times that only something revolutionary would let another adaptation justify itself. ‘Wendy’ at least attempts to infuse that much-needed newness and spectacle in its story.

The film follows the titular character when she is transported to an island. Here, a mysterious pollen toys with the very idea of time and aging. Wendy is the daughter of a middle-class diner owner from New Orleans. Having experienced her mother sweat it out just to live, Wendy finds herself eternally scared of growing up. This makes her jump on a freight train with her twin brothers. They reach the island where Peter Pan and his crew of kids dance around and live life to the fullest, not worrying about growing old. That is because they never age…

However, as the world around them disintegrates, the largely idyllic plot begins to show signs of mature thematic handling. This is a movie by the acclaimed filmmaker,Benh Zeitlin after all and the expectation of a simplistic, children’s story will only yield to disappointment. Zeitlin entered, stole rather, the limelight with the 2012 movie, ‘Beasts of The Southern Wild.’ He was nominated for the Academy Award for Best Screenplay and Best Director.

Breath-taking is a word that does not quite cut it when one views ‘Wendy.’ No word in the English dictionary will. That is because Zeitlin lets images speak the loudest. The island that the movie is set in invokes that kind of charm, which is of course partly another sign of Zeitlin’s mastery. Whether ‘Wendy’ lives up to ‘Beasts of the Southern Wild’ has been debated considerably by critics, but that doesn’t take away from the former’s ability to let its setting engulf viewers. So where is this island where ‘Wendy’ is shot? Continue Reading to find out.

‘Wendy’ has been filmed on the Caribbean island of Montserrat. It is a British overseas territory and is a part of the Lesser Antilles island chain. Its location should be enough to tell one that the island is quite picturesque, basking in natural glory.

Filming here, however, proved to be more demanding than one would expect. For starters, an active volcano has destroyed close to two-thirds of the island. The volcano is in fact, also depicted in the film. This volcano is the Soufriere Hills Volcano.

The island could only be accessed by a boat from Antigua. Hence, the producers had to spend close to two years in just mulling over how to carry out filming activities in a risky, volcanic zone. They even built a road to reach the base of the mountain. Moreover, the region was so remote that it couldn’t be accessed by representatives of the studio backing the film.

“It was so challenging to get to the places that we were shooting, that there was no way that there could be an actual physical presence of anybody who wasn’t essential to shooting the scene,” Zeitlin told Indie Wire.

The shooting took 60 days and was carried out in 2017. However, Zeitlin’s research process and post-production were what took time.

According to Indie Wire, ‘Wendy’ was “shot at the base of an active Caribbean volcano in 2017 …as well as side trips to Mexican caves and Louisiana train tracks.” This alludes to the fact that parts of the movie were also filmed in Louisiana and Mexico. However, specific details regarding filming activities in these regions have been scarce.