Wesley Williams From AGT: Everything We Know 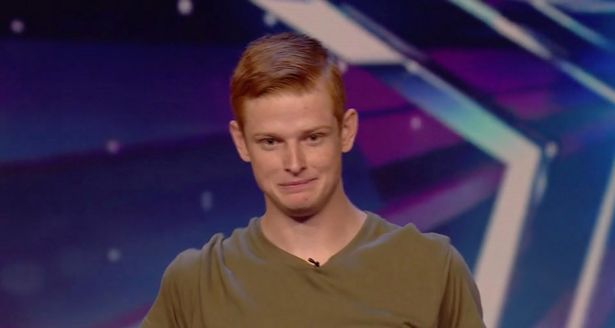 ‘America’s Got Talent’ or ‘AGT’ on NBC sees performers from all over the US showcasing their skills and talents. They aim to impress the judges and win the hearts of the viewers in order to keep progressing through the rounds and aim for the grand prize. One of the standout performers has been Wesley Williams, who is great at acrobatics on a unicycle. He’s shown great determination and perseverance, which might make you curious about the contestant. Here’s everything you need to know about Wesley Williams.

Wesley Williams Nationality: Where is He From?

Wesley is an American by birth. He hails from Weston, in Broward County, Florida, northwest of Miami. Along with Ella Warner, his partner, they make up ‘The One Wheel Wonders.’ Wesley plans to make it big on reality shows, and thus appears in ‘America’s Got Talent.’ You can see him performing with his partner.

Apart from his immediate family members, Ella is of course his partner, who supports him in his acts. They are like two halves of a whole when they are performing. You can see just how good they are together, below.

Hello Everyone! BIG NEWS! Wesley Williams and Ella Warner as "The One Wheel Wonders" will be on America's Got Talent on Tuesday, June 23rd at 8/7c on NBC. Make sure to follow us on Please repost and use the hashtags ‪#‎AGT‬ and ‪#‎theonewheelwonders‬. (Photo by: Eric Liebowitz/NBC)

Wesley is 22 years old currently, which would mean that he’s born in 1998. At the age of six, Wesley received a unicycle as a Christmas present and learned to ride it in no time. Soon, he was doing local shows, and the reception he received left him wanting more. Wesley realized that he was destined for show business and after putting in the hard work, he managed to become one of South Florida’s best entertainers. He’s performed nationally with respected companies and shows and has left an impact on the international market.

He has performed in cities like New York, Las Vegas, Barcelona, Moscow, London, and Los Angeles. Wesley has been a part of Circus Smirkus in his early years, which helped him shape a career as an entertainer. He’s appeared in ‘Britain’s Got Talent,’ where he broke the world record by riding a 22 feet unicycle. Currently, he’s on ‘America’s Got Talent.’ His virtual shows are being live-streamed so Wesley can keep entertaining viewers even during the lockdown.

Wesley Williams Prediction: How Far Will He Go?

Wesley has his eyes set on the big prize and is willing to do anything it takes to win. He has already shown judges that he is eager to up the stakes and ride higher unicycles to amaze the viewers. However, he will also need to change up his act while on the unicycle, so audiences can relate to more than just the performer and see the person beneath.

Read More: Alan J Silva From AGT: Everything We Know