Are Weston and Emily From Love Island Still Together? 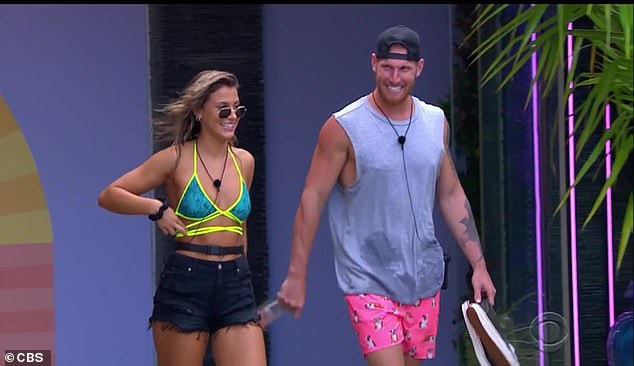 Who does not like a beautiful love story with a bit of drama? “Love Island” fans know exactly what we are talking about! The first season of its American version was aired on August 7, 2019, and Emily was not introduced in the show until its 15th episode. Till then, Weston Richey, a former construction worker, and a professional photographer had already portrayed himself as a fickle-minded person but he took a one-eighty degree turn just as he laid his eyes on Emily Salch.

With an unconventional start, Emily and Weston got together and their fans witnessed his completely different side. Emily, a student, and a part-time bartender turned him into a maturer and more decisive person. Undoubtedly, Weston had his doubts at the beginning of the show as he frequently changed his partner from Mallory to Katrina and then finally Emily. The fans were not too sure if she was his final pick. But once they started to bond, there was no looking back for him. They instantly formed a connection as both self-proclaimed to be adrenaline junkies and great lovers of dangerous adventure sports.

Vote now for Emily & Weston to be crowned the winners of Love Island! ❤️🏝 Every vote counts !! #loveislandusa

The two could stop smiling around each other and it seemed that their main focus was on fixing the little problems that they faced on a daily basis. They ended their journey on the show with a strong feeling that their purpose of coming to “Love Island” had been accomplished. After being placed fourth in the finale episode, we see them walking out together, hand in hand, envision their future.

Are Weston and Emily Still Together?

The first season concluded on 7 August 2019 and only at a month’s gap, Emily posted her last update on her Twitter handle about her ex-boyfriend. She never got back to using it again. It seems like the couple went their separate ways after “Love Island” ended. While Emily has chosen to keep just a few memories of the show on her social media account, Weston, on the other hand, has wiped off the entire collection of his pictures with her. Now, he exclusively posts photos of himself either traveling or as the man behind the lens.

The photographer gets to travel a lot as his work takes him to different parts of the world. On the contrary, Emily has been on a lookout for a new travel buddy just after the quarantine ended. Is this not a hint enough that the two are not on talking terms anymore? Emily has definitely been enjoying the special days alone or with their family and friends. She even celebrated Valentine’s Day falling in love with herself.

Neither of them has come forward and revealed the reasons for their parting ways. It is only an assumption based on a thorough scrutiny of their social media presence. But their fans earnestly hope that whatever path they have chosen, together or apart, Emily and Weston are too young to see anything but the best versions of themselves!

Read More: Which Love Island Season 1 Couples Are Together?