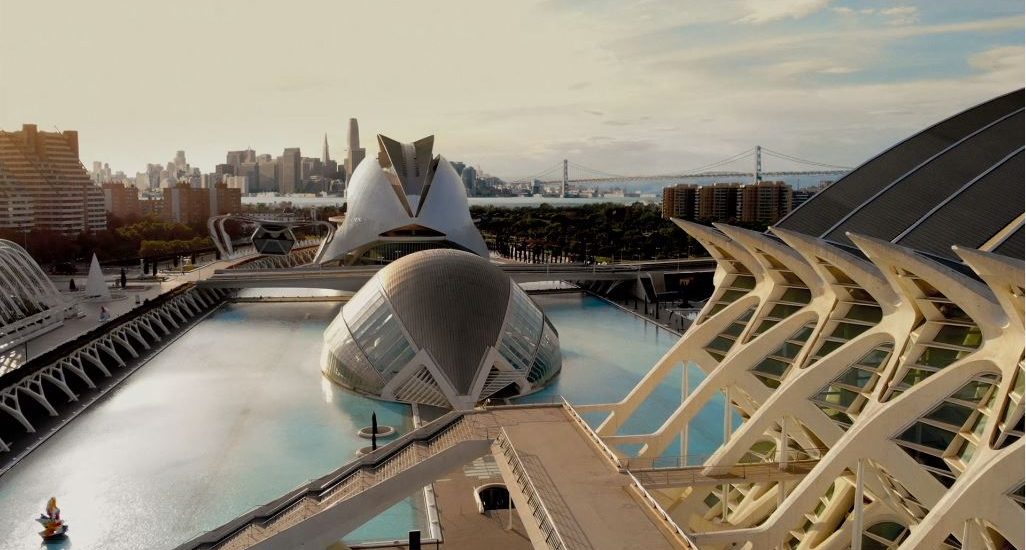 ‘Westworld‘ is the quintessential science fiction television series that everyone should be watching. Based on the 1973 movie of the same name, the HBO show successfully manages to pose some complex ethical, moral and philosophical questions at viewers while presenting a groundbreakingly entertaining dystopic tale. The show comments on technology, mythology and the very idea of being human.

The series begins by revolving around a futuristic amusement park wherein humanoid robots entertain guests by posing as actual people that can be treated (manhandled, in most cases) in any way. The robots start to become conscious of themselves and revolt against their creators. By the end of the second season, a robot named Dolores manages to escape the park after wreaking havoc there, intent on taking down the human race.

The episode starts with a visual of an incompletely appearing circle made out of pixel-like dots and a point marked as “Divergence- Beihan, China.” This visual appears in different forms throughout the episode, marking the change in setting. 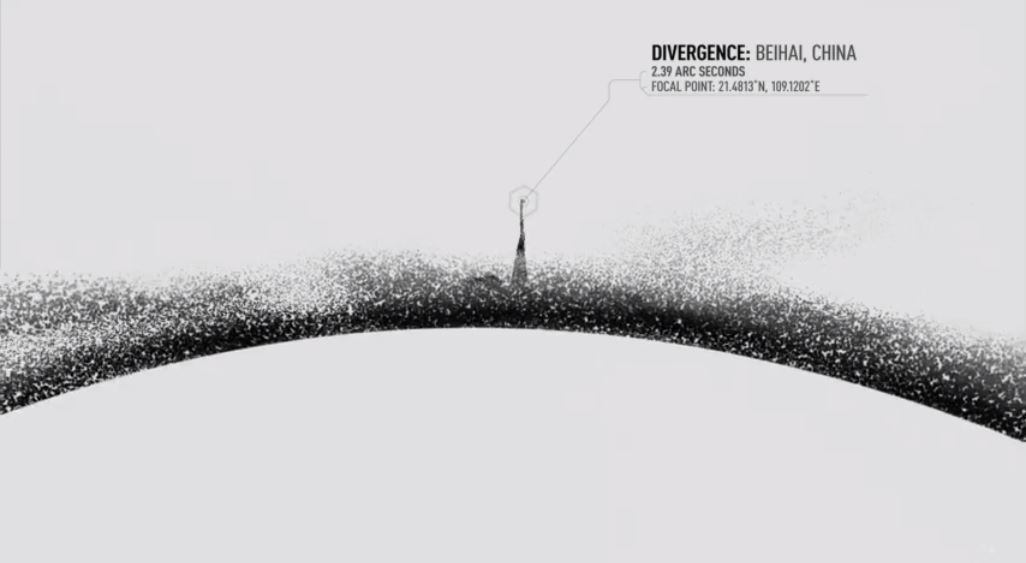 A man wants to sell his stake in Delos. In his futuristic home, he adjusts his home automation system and goes to sleep. Then, the system starts malfunctioning, playing a song loudly. The man sees Dolores swimming in his pool. She tells the man how he had forced himself on her during his bachelor’s party at Westworld.

After torturing the man with memories of his first wife, Dolores tells the man that she has taken some of his money. Then, she uses his fingerprint to transfer a confidential file belonging to his former company, Incite. When Jerry tries to attack Dolores, he ends up falling into the pool and hitting his head. He dies.

Transition visual reads “Anomaly Detected: Los Angeles.” A man named Caleb (Aaron Paul) has a blue-collar job and keeps getting calls from someone named Francis. He does not pick up Francis’s calls all the time, but when he does, he speaks to him as if he (Francis) is his (Caleb’s) therapist. Caleb visits his mother at the hospital and is told that she needs to be shifted to a state-run facility since Caleb cannot afford her treatment. Caleb interviews for a job.

Caleb uses an app named RICO that assigns him a job and instructions in exchange for money. He meets a short-haired woman and another man. Together, the three rob an ATM and drop the loot in a car.

“Elevated Scrutiny: London.” Dolores has started dating the CEO of Incite, Liam Dempsey. He shows her the Rehoboam: a spherical Artificial Intelligence machine that apparently controls people’s journeys. Caleb speaks to his therapist. The therapist tells Caleb that Francis speaks to him (Caleb) since he (the therapist) cannot do that all day. Caleb takes up another job using the app. 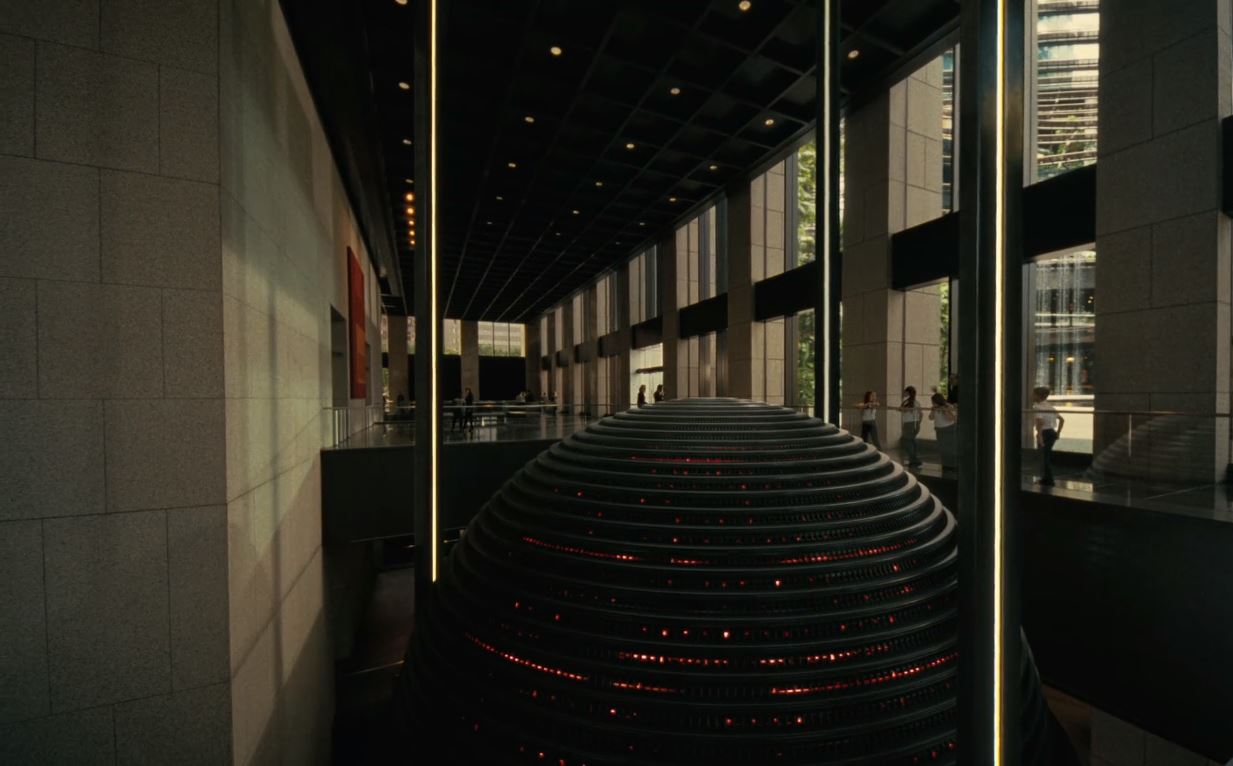 Two men confront Bernard about being on the run and proceed to attack him for a bounty. Bernard activates a certain function inside himself using a remote and kills the two men. Dolores eavesdrops on a meeting between Dempsey and his partner. The partner tells Dempsey that someone has gained access to Rehoboam and threatens to kill him if he uses the system to keep an eye on them.

Dempsey tells Dolores that he wants to shut Rehoboam down but cannot because his partners locked him out. Only Rehoboam’s original architect can control Rehoboam. Dempsey’s right-hand man/ henchman tases Dolores. He tells Dempsey that she faked her identity and had plans of killing him. They do not know that Dolores is a robot. The henchman takes Dolores to a remote location in the city. Caleb delivers something to one of the guards at the place and leaves.

The henchman orders for Dolores to be killed. However, Dolores manages to kill all the guards. She chases the henchman and kills him too. Moreover, she reveals another robot to be the henchman’s replacement. Dolores receives the name of the person that has access to Rehoboam: Serac. She tells the henchman that humans built a machine to function like a God but “the real Gods are coming.” A few other guards start shooting Dolores. She gets hurt, but fights back and kills all the guards.

Caleb does not get the job that he had interviewed for. Francis tells Caleb that he has to continue playing the game even if it is rigged. Caleb tells Francis that it is easy for him to say that since he is dead. Caleb then “unsubscribes” to Francis. He sees an injured Dolores and proceeds to help her. She loses consciousness. Bernard asks a few fishermen about Westworld’s location and takes a lift in one of their boats.

The character of Caleb is introduced in the first episode of the third season itself and many viewers might have wondered what he is doing exactly. Who is Francis? What does his character signify?

Well, Francis is not actually a real person. He is the personification of a friend of Caleb who died but was quite important to him. He functions somewhat like a therapist for Caleb since his actual therapist cannot talk to him all day. Francis also convinces Caleb to not give up and continue improving his “stats” and try and improve his life.

These “stats” are most probably akin to a system similar to the one depicted in the ‘Black Mirror’ Episode, ‘Nosedive.’ Basically, it is like a ranking system that judges his socio-economic status based on his actions. Caleb thinks that the system is rigged and will always keep him at the bottom. Whatever happens to him throughout the first episode of the third season does indicate that as well. Francis tells Caleb that he ought to continue playing the game even if it is rigged.

Hence, the statement that ‘Westworld’ is making is one that criticizes capitalism. Similar to the central theme of ‘Parasite,’ Caleb’s character connotes how the contemporary global system is designed to benefit those at the top. It ensures that people at the bottom stay at the bottom and indirectly serve those at the top. Even crime has become a rigged system that benefits the wealthy. It would not be surprising to find out that the app that Caleb uses is also monitored by the government.

That brings us to another question- the government and Rehoboam. It seems as though Rehoboam is a machine that controls everything. It decides people’s journeys. Hene, it is viewed as God. This opens up the question of fate vs. free will and ‘Westworld’ shows how free will might be an illusion. It is possible that Rehoboam controls the app that Caleb uses, RICO. Perhaps that is how it “controls” crime.