What Boat Was Mahlon Reyes On? 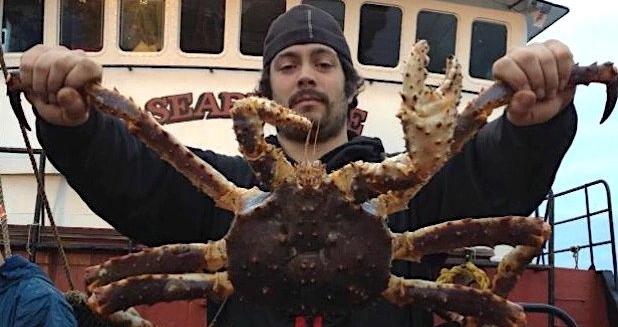 ‘Deadliest Catch‘ has been one of Discovery Channel’s mainstay shows since it burst onto the scene in 2005 and remains a fan favorite for various reasons. Fans, however, will be aggrieved to know that Mahlon Reyes, a longstanding deckhand in ‘Deadliest Catch,’ has passed away.

The 38-year-old deckhand and ‘Deadliest Catch’ veteran suffered a cardiac arrest and died an untimely yet peaceful death on July 27, 2020, in his hometown of Whitefish, Montana. Following his passing, Reyes’ family put up a tribute post on his Facebook page, saying, “On Sunday night, our family together made the hardest choice we’ve ever made, and that was to remove him from life support. Mahlon’s body was tired and had put up an amazing fight. He was the strongest guy we knew. He was surrounded by so much love.”

Reyes’ time with ‘Deadliest Catch’ was certainly an eventful one, and he featured in several heart-pounding and adrenaline-filled episodes. Throughout his stint with ‘Deadliest Catch,’ Reyes served as the deckhand on two vessels. He was loved by both his superiors and his colleagues. In this article, we take a look at the two boats that had the honor of having Reyes on board.

After a long season the old girl got the make over she deserves. Now it’s time to send the Seabrooke out for the summer salmon tendering season. It is always fun spending time with my dad working on the boat together. Thanks to @highmarkfab for the long hours to get us back in the water. #deadliestcatch #crab #fishing #memories #teamwork

One of the two boats on which Reyes had served, the Seabrooke, is a veteran of the waters. It was built in 1979. The Seabrooke is a steel crabber that can reach a speed of 10 knots on the open sea and comes with a 29,000-gallon fuel capacity. Being a crabbing vessel, it sports all the required deck gear for crabbing, including a crab block, a tendering set-up, and a deck crane. Over its four decades of service, the Seabrooke has been upgraded several times and remains a beast on the sea.

In ‘Deadliest Catch,’ the Seabrooke is under the command of Captain Scott Campbell for four seasons, and Captain Campbell remains one of the most loved captains to feature on the show. Campbell is a veteran crabber and had spent many years on the sea before Discovery Channel discovered him and offered him a spot on ‘Deadliest Catch.’ In 2018, however, Campbell was forced to step back from his rough life on the high seas due to a back injury and now owns his own company, Cordova Coolers, which sells a line of foam-injected roto-molded coolers designed by him. Campbell’s retirement from being a crabber has also had an effect on the fate of the Seabrooke, which, as of 2019, was on sale.

The second vessel on which Reyes served is known as the Cape Caution. After being built in 1983, the Cape Caution has spent almost four decades roaming the high seas in search of the deadliest (and yummiest) catch. The fishing vessel remains in active service to this day.

In ‘Deadliest Catch,’ the Cape Caution features from Seasons 9 through 12 under the command of seafaring veteran, Captain “Wild” Bill Wichrowski. Having served four years in the US Navy, the monetary allure of king-crab fishing lured Bill to the Bering sea. A couple of seasons into Bill’s stint with ‘Deadliest Catch,’ Bill brought his son Zack in to serve as greenhorn aboard the Cape Caution. [Cover Picture Courtesy: Mahlon Reyes/Facebook]