What Happens in Power Season 5?

‘Power‘ is an exciting crime drama that tells us the story of ‘Ghost,’ an intelligent and ruthless drug dealer, who wants to shift to legitimate businesses. He has a nightclub to help him do that, but Ghost finds it hard to balance both sides of his life, while avoiding the law, handling a breaking marriage, and changeable alliances. Season 5 is yet another exciting addition, and over ten episodes, we witness all the lying, manipulations, and backstabbing that takes place. It’s been two years since Season 5 aired, and you might be needing a refresher. Don’t worry; we have the rundown right here. 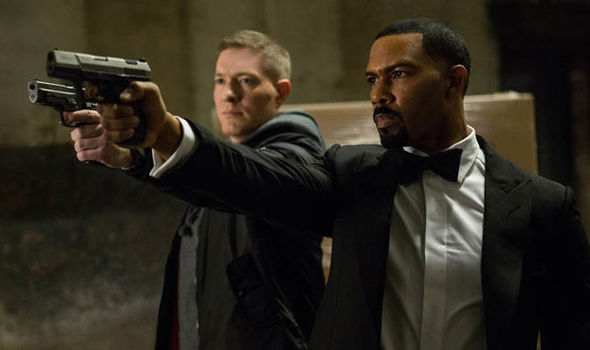 The season starts on a note of action as Dre cements his status as someone who should not be messed with. He manages to escape Tommy, Ghost, and Kanan’s rage, with a little help from Tariq. Soon, Dre turns the table and is back to his go-getter ways. Taking a stand to Ghost is no easy task, but Dre shows some serious guts promising to hand him over on a platter. Meanwhile, Tasha and Angela try to prevent everyone from being implicated in Ray Ray’s death.

The situation only gets tenser when there’s a shootout between the Serbs and Jiminez’s crew. Dre realizes that he can’t control all his underlings and might have bitten off more than he can chew when he tried to take over Ghost’s position in the city. Meanwhile, Ghost and Tasha try to deal with Raina’s death – which the former does, by turning into a vigilante. He murders a man who’d killed a girl while drunk driving. The tale Ghost heard in grief counseling allows him to channelize the rage over losing Raina.

Gradually, the lies begin to catch up, and Tariq feels the heat when others realize that his narrative of being nowhere near, during Raina’s death, is untrue. The law enforcement agents start making connections to the Jiminez family – uncovering that the brothers are not at the center of the criminal enterprise. Instead, it is the Jiminez brother-sister team that runs things. Ghost and Tate finally understand that their visions vary, and a clash seems inevitable at the point. Over time, the growing power of the Jiminez cartel becomes disruptive enough to earn the ire of Ghost and his crew. We see Tommy and Kanan, along with Ghost, moving ahead with the plan to assassinate the heads of the cartel.

Angela, who’s been playing a dangerous game for so long, finally starts facing the consequences when Donovan warns her that her office is investigating her. LaKeisha brings a storm into Tommy’s life by informing him that Teresi is his father. The heat rises as the AUSA brings in a RICO case in order to get Ghost and his entire crew. Tommy assists the wily druglord to beat two birds with one stone – by framing Dre for the murder of Raina’s killer. Meanwhile, Tasha and Angela try to execute their plan to avoid the inevitable fallout that is headed their way. The penultimate episode brings big news as Angela arrests Jiminez but discovers there are plans to undercut her career.

Ghost gives Tommy the task of killing a snitch, which turns out to be a life-altering decision. In the meanwhile, Tariq has to face the long-evaded consequences of his actions, as we head into a thrilling finale. It starts on a note of grief, as Tommy has to deal with murdering Teresi, and Tasha tries to move past Raina’s death. Ghost attempts to reach out to Angela, who has her own set of troubles, being grilled by her bosses.

The RICO case is quite damning, but Angela is a cool cucumber who asks for 24 hours to decide. She has no intention of snitching and calls a meeting, delegating tasks to Ghost and the rest of the crew – so they can squeeze necessary information. Dre escapes death narrowly as two armed men creep into the apartment while he’s enjoying a private moment. A visibly jarred Dre decides that he might make a deal with the Feds and meets with Angela. Meanwhile, Tasha and Keisha have a falling out over staying quiet. Angela tries to convince Dre to mislead the authorities about the murders, drawing attention away from Ghost. Of course, she wants to envision what the future might be like with him.

In the final moments of ‘Power,’ we see Angela and Ghost meeting up and deciding they can’t be together because they can’t be honest with each other. He lies about not killing Silver. We see Tommy enter the building at the same time, with his gun drawn. He tries to take a shot at Ghost, but Angela jumps in front of the bullet – as viewers are left wondering whether she meets her demise.