What is Actual Island Where ‘Fantasy Island’ Was Made? 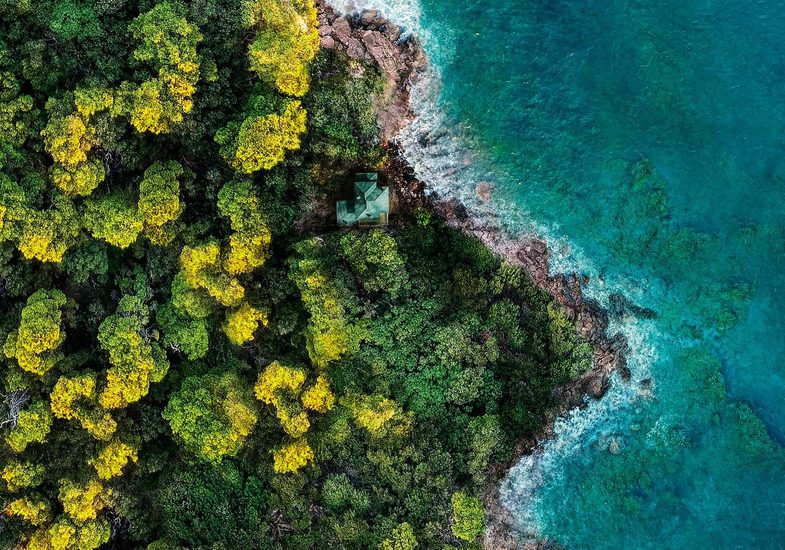 Although we are truly living in the age of reboots and reimaginings, I was still a bit surprised when the ‘Fantasy Island’ feature film was first announced back in late 2018. You may remember ‘Fantasy Island’ as the fantasy drama TV series that aired seven seasons between 1978 and 1984, starring veteran Mexican actor Ricardo Montalbán as Mr. Roarke, the mysterious proprietor of a strange “fantasy” island, where people from all over were welcome to come and experience their deepest fantasies in real life, albeit at a sinister cost. The series was admittedly somewhat cheesy but was applauded for tackling some fairly dark psychological subjects and sinister, yet understated supernatural horror elements.

The new reimagining also unhelpfully titled ‘Fantasy Island’ is a supernatural horror film that follows the same basic premise, If you were wondering where was ‘Fantasy Island’ filmed, read on to find out everything we know.

Both the older ‘Fantasy Island’ series and the reimagined 2020 film are set on the mysterious “Fantasy Island” somewhere in the Pacific Ocean. Not much is known about the island other than the name of its sole proprietor – an enigmatic man named Mr. Roarke. The original series was largely filmed on set in the city of Burbank, California. Burbank has been a hub for motion film production ever since the 1920s. However, the exterior shots depicting the Island itself were filmed on location at the stunning Kauai Island in Hawaii.

Since the island features so prominently in the film’s story, the new film also had to choose a location that suitably represents the idyllic tropical nature, yet dark overgrown underbelly of Fantasy Island. This time around, instead of Hawaii the makers of ‘Fantasy Island’ chose the verdant island of Taveuni in Fiji. Principal photography commenced early 2019 in January, with some additional reshoots being done later in July the same year.

Check out this picture of some of the ‘Fantasy Island’ cast and crew posted by actress Lucy Hale on Instagram:

and we out. Fantasy Island was such a ride. Thanks to our director @jeffwadlow and our crew for working tirelessly to get this film done. Fiji, you’ve been great. Thanks for the memories ! Can’t wait for you guys to see this 🌴

Replacing the Hawaiin island of Kauai as the filming location for the island is Taveuni in Fiji. Topographically, Taveuni is fairly reminiscent of Kauai itself, with enchanting waterfalls, lush greenery, exuberant wildlife and a Palm tree dotted white sand coastline. It is because of this that Taveuni is often also referred to as the “garden island” of Fiji.

Taveuni is the third largest island in Fiji and fairly close by to Vanua Levu, the second largest island. Taveuni is a dream tourist destination with numerous lodgings for visitors ranging from charming Bed & Breakfasts to ultra luxury resorts. The island is renowned for its magnificent waterfalls, some of which also feature in the film. These include the famed Tavoro Falls, a succession of three waterfalls at the Bouma National Heritage Park in Taveuni.

Taveuni is also an ideal destination for bird watching hobbyists with over a hundred unique bird species, including the rare Orange Dove and Kula Parrot.

The island paradise of Taveuni has previously also featured in a few of feature films and TV shows including the likes of ‘Return to the Blue Lagoon’, ‘Stranded with a Million Dollars’, and ‘Emma: Queen of the South Seas’.

Check out this picture of ‘Fantasy Island’ star Jimmy O. Yang in Fiji filming for the movie:

‘Fantasy Island’ is directed by American filmmaker Jeff Wadlow, who is best known for directing films such as ‘Kick-Ass 2’, ‘Never Back Down’, and ‘Truth or Dare’.

‘Fantasy Island’ follows Mr. Roarke, who invites numerous people to be guests at his lush tropical resort, offering to turn their heart’s desire and deepest fantasies into reality. Of course, this is where the old adage comes into play – if it sounds too good to be true, it probably is. The fantasies quickly turn into nightmares for the hapless guests, who must now unravel the mysteries of the island in order to escape with their lives intact.