What is Call Her Daddy Feud? Are Sofia Franklyn and Peter Nelson Still Together? 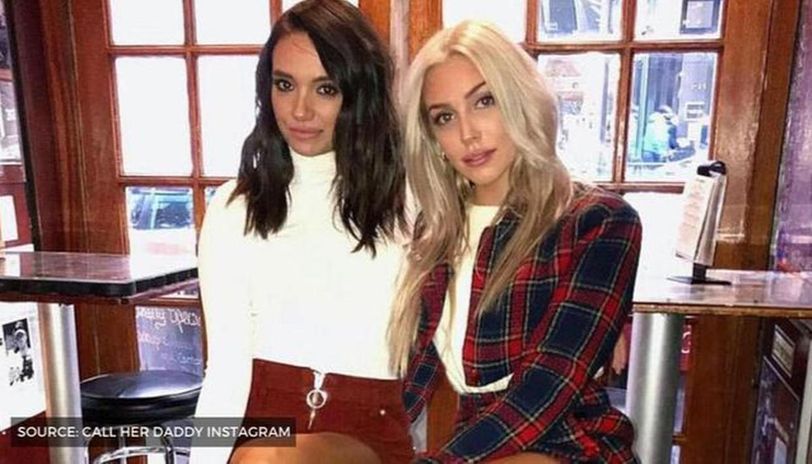 When two friends and roommates, both in their 20s, come up with an idea about a raunchy podcast where they talk about anything and everything, and that too uncensored just like they do in a girls’ locker room, people start to show mild interest. But when the same podcast lands them a ‘Barstool Sports’ deal, it suddenly turns into a cult sensation. This is exactly what happened with “Call Her Daddy” which made them crazily popular and also landed them in trouble.

The hosts of this insanely popular podcast, Sofia Franklyn aged 27, and Alexandra Cooper, 25, have turned into powerful influencers. But that is not the reason they have been in the news lately. It is because the whole podcast seems to be falling apart due to contractual issues that had been going on for months now. It also got too hyped because of the involvement of a “boy” in Franklyn’s who allegedly tried to substantially influence all her decisions. Let us try and get to the root of it!

Are Sofia and Alexandra Friends? 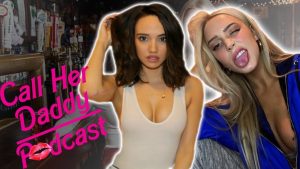 Alexandra Cooper released a Youtube video on May 22, 2020, explaining her side of the story.  She begins by admitting to her fans that Franklyn and Cooper handed Peter Nelson the reigns to guide them about an industry they did not quite understand. He repeatedly pointed out to them the fact that they were making significantly low as per the “industry standard.” Since nobody had anticipated the level of success the podcast achieved within the first year of its release, and so they were not in the breach of contract for attempting to re-negotiate the terms.

But Alexandra Cooper does not hesitate to say it out loud that Peter was the one who put together the term-sheet for their re-negotiation and also arranged for a lawyer. Undeniably, Cooper was self-aware that the asks in the document presented were outrageous but nonetheless, they went forward with it. After presenting them to Barstool, their deal terribly crashed because Dave Portnoy, the founder of Barstool Sports, denied the new terms. With this, all negotiations came to a dead-end, at least in Cooper’s head.

In an attempt to mend the bridges with her co-host, Alexandra Cooper admits to having become a Yes-woman and accepts her fault in being silent throughout the process. She also conveys to her fans that Sofia got greedy to the point where Dave Portnoy could not handle it anymore. In the end, she took a stand for herself and conveyed it to her ‘boss’ that leaving the Barstool deal was not an option for her. So, clearly, Cooper and Franklyn aren’t on the best terms right now.

Alexandra also knows it in her heart that Sofia’s decisions had not been her own and she had been possibly maneuvered by her boyfriend, Suitman. This brings us to the primary question at hand. Who is Suitman? Are Sofia Franklyn and Peter Nelson really dating? But first, who is Peter Nelson?

Are Sofia and Peter Still Together?

Peter Nelson is the executive vice president of HBO Sports and has been an integral part of the network for nearly 10 years now. He has been making the headlines for two reasons: one, because of his decision to leave the network of his own accord; two, for being Sofia Franklyn’s boyfriend.

Nelson joined HBO Sports in 2011 and was promoted to his current position after just 4 years, with all credits to his sheer hard work and determination. A sports news website, Barret Sports Media, reported  that “According to Boxing Scene, Nelson’s departure won’t be immediate, with the HBO Sports president planning to leave his post within the next 30 – 60 days.”

First reported by the New York Post, the renowned podcast “Call Her Daddy” had a fall-out, in which Nelson played a huge part. Dave Portnoy directly blames Nelson for orchestrating the whole thing and thus, causing the much-loved podcast to collapse. He is the second person to have hinted at Franklyn and Nelson being in a relationship for over a year now though he has no means to prove it. Portnoy even claims that Nelson surely acted as Sofia’s manager and must have filled her head with nonsense.

Mr. Nelson as well as his alleged girlfriend have not made any public announcement regarding any of this or commented on their relationship status. So everything that a third person says, in this case, Franklyn’s boss says can be categorized under speculation or even fiction.