What is CC Sabathia’s Net Worth? 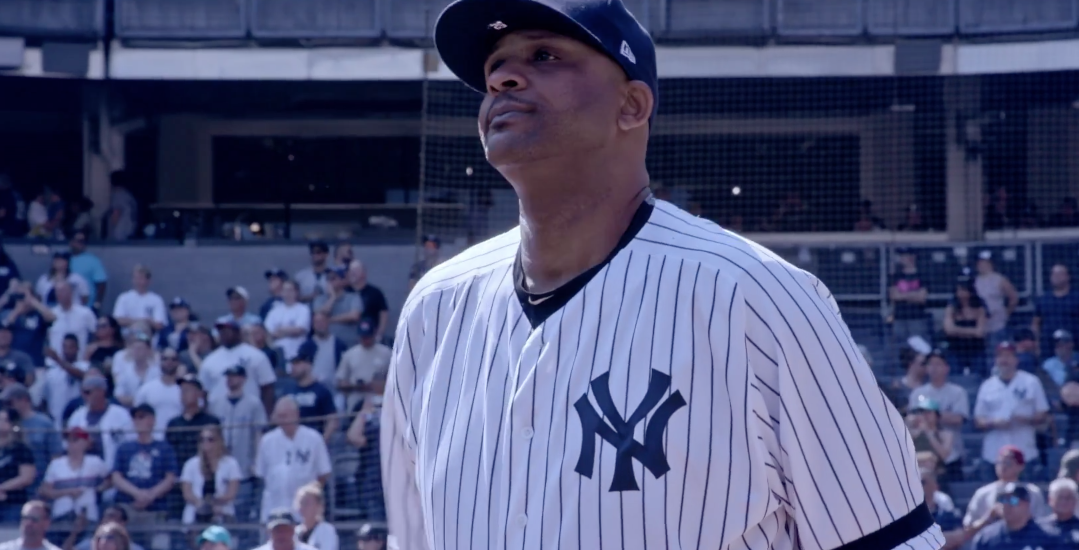 Born in July 1980, in Vallejo, California, Carsten Charles Sabathia Jr. (or CC Sabathia, as he’s popularly known) is an American Major League Baseball pitcher who retired in 2019 after a prolific 19-year-old career. As a kid, Sabathia went to Vallejo High School and excelled in baseball, basketball, and football. After graduating high school, Sabathia went directly to minor league baseball. He made his major league debut in 2001 and is primarily known for playing for the New York Yankees.

CC Sabathia is married with four children, two sons – Carsten Charles III (age 17) and Carter (age 10) – and two daughters – Jaeden Arie (age 15) and Cyia (age 12). Sabathia and his family used to live near Vallejo, in Fairfield, California but moved to Alpine, New Jersey, after he signed with the Yankees. In HBO’s 2020 documentary ‘Under The Grapefruit Tree: The CC Sabathia Story’, Sabathia discusses his long battle with addiction and reflects on his impactful baseball career. Curious to know how much CC Sabathia is worth financially? Let’s find out.

How Did CC Sabathia Make His Money?

CC Sabathia primarily made his fortune in baseball. Sabathia started off in Major League Baseball in 2001 when he made his debut with the Cleveland Indians. He played for the Indians for seven and a half seasons and was awarded the 2007 Cy Young Award while he was with them. In his rookie season, Sabathia was the youngest player in the Major Leagues at age 20. In the second half of the 2008 Major League Baseball season, Sabathia played for the Milwaukee Brewers. That year, the Brewers made the playoffs for the first time in 26 years.

In the 2008 offseason, Sabathia signed a seven-year contract for $161 million with the New York Yankees. At that time, this was the largest contract ever signed by a pitcher in Major Leagues history. While he was playing with the Yankees, Sabathia led all of Major League Baseball in wins in the years 2009 and 2010. He also won a World Series ring in 2009. Sabathia was voted the 2009 American League Championship Series Most Valuable Player, a high honor. Sabathia experienced some mid-career struggles during the earlier half of the 2010s, attributed to lost fastball velocity, chronic knee issues, and a battle with alcoholism. He then reinvented himself as a control pitcher and found success again in the later 2010s.

During his illustrious baseball career, Sabathia was named an All-Star a total of six times and was graced with the Warren Spahn Award three times in a row (2007–2009). In August 2017, Sabathia became the all-time American League champion in strikeouts by a left-handed pitcher. In April 2019, he became the seventeenth pitcher in Major Leagues history to reach 3,000 strikeouts and the third left-handed pitcher to do so. The 2019 baseball season was Sabathia’s final season as a professional baseball player. At the time of retiring, Sabathia led all active Major League players in career wins (with 251 career victories), career innings pitched, and career strikeouts. He has also accumulated a good portion of his wealth through brand endorsements with Subway, Pepsi, EA Sports, and Nike’s Jordan Brand.

CC Sabathia’s estimated net worth, as of 2020, is $80 million. His yearly salary as an active baseball player was $26.5 million.