What is Colt Johnson’s Net Worth? 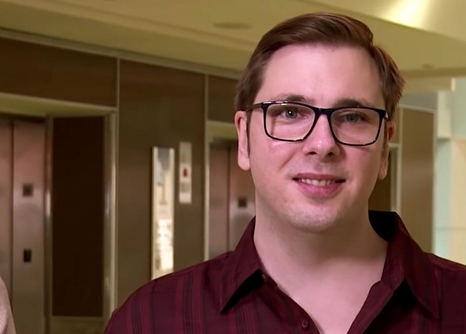 Colt Johnson made quite a splash on ‘90 Day Fiance‘ thanks to the violent streak in his short-lived marriage. Colt, who is quite mild-mannered, fell for the feisty Larissa Dos Santos Lima. His partner’s streak of violence led to a horrifying domestic abuse case, and they eventually ended up parting ways. Since then, both Colt and Lima have gotten into relationships with other individuals. However, one thing viewers will remember is how open-handed Colt was in his gifts to Lima. He gave her an impressive ring, which has led many to wonder what Colt’s net worth is.

How Does Colt Johnson Make His Money?

Colt is a software engineer for Konami Gaming. Thus, he has a pretty cushy job, since Konami is a reputable company and pays well. He’s in the research and development department, meaning Colt is integral to Konami’s core functioning. He’s been at the job for nearly three years. In all likelihood, Colt makes more than $115,000 per annum.

Colt’s work bio states, “I am a creative, driven software engineer, at my best when actively engaged in seeking solutions to complex and demanding problems. I enjoy working across the full spectrum of programming challenges and am always eager to develop my understanding of new tools and technologies that will enhance my professional performance.”

He describes himself saying he values “commitment, reliability, initiative, and innovative thinking in myself and others, and am eager to take on professional roles that will allow me to develop my emerging leadership skills as well as intensifying my effectiveness as a programmer.”

Colt Johnson’s estimated net worth as of 2020 is close to $600,000. However, there has been no confirmation from the reality star. Colt made around $1,000 on each episode of ’90 Day Fiance’ and an additional $2,500 for the reunion episode. The money is sure to have bolstered the game developer’s healthy finances.

Reportedly, Colt’s been on the market for a new ring. He wishes to present it to his new girlfriend, who’s also Brazilian. From the specifications Colt put out in his Instagram story, the ring sounds quite impressive, enough to win a woman’s heart. Johnson has a cushy job, and at his age, he has quite a bit of his career left.

Since he lives frugally, sharing his residence with his mother, Colt saves most of his earnings. Moreover, he has the capital to assist others, like he helped Lima when she moved to the US. Therefore, one can conclude that Colt is not just financially secure, but he is well off. We leave you with a picture of Johnson, who believes that one must celebrate a simple life.

It is no bad thing celebrating a simple life. Thanks for the memories.

Read More: What is Jorge Nava’s Net Worth?