What is Deena Nicole Cortese’s Net Worth? 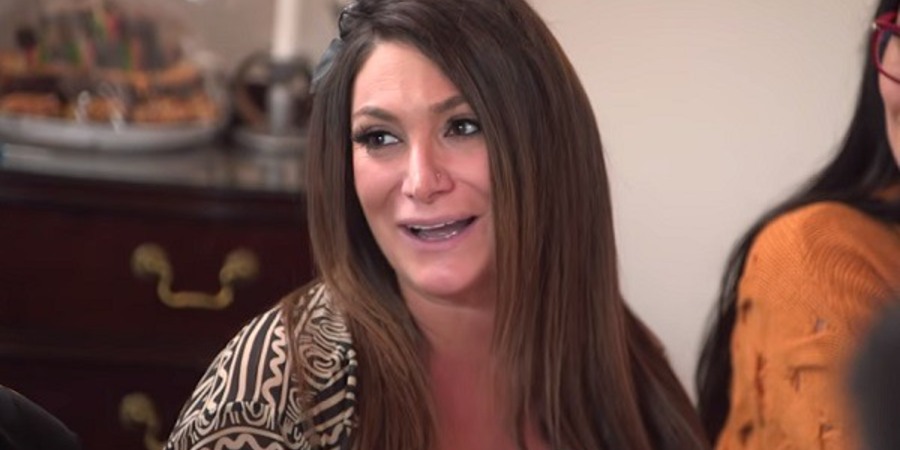 Deena Nicole Cortese is a reality TV personality and entrepreneur best known for her time on ‘Jersey Shore’, MTV’s wildly popular reality series about a bunch of 20-somethings partying hard in New Jersey. Deena and her fellow housemates returned to star in the sequel series ‘Jersey Shore: Family Vacation’ in 2018, six years after the original show ended. Most of the ‘Jersey Shore’ partygoers are now 30-something parents who have settled down into comparatively tamer lifestyles and are raising kids and running successful businesses. Deena herself is married and is a mother of one, and expecting her second child in a few months’ time. Deena was born and brought up in the New Egypt section of Plumsted Township, New Jersey. She attended New Egypt High School, where she was also part of the cheerleading team.

Deena married Christopher Buckner in October 2017. Their first baby, Christopher John “CJ” Buckner, was born on January 5, 2019. In October 2020, Deena announced on her social media that she is expecting a second baby with the due date in May 2021. Curious to know how Deena earned her wealth and what her net worth is in 2020? This is all you need to know.

How Did Deena Nicole Cortese Make Her Money?

Deena initially auditioned for the first season of ‘Jersey Shore’ in 2009, along with close friend Nicole “Snooki” Polizzi. While Nicole was offered a spot on the ‘Jersey Shore’ main cast, Deena was rejected. Two years later, when Angelina Pivarnick left the show after Season 2, Snooki suggested that the producers of the show bring in Deena as a replacement and that’s how she was contacted by MTV reps for a second audition. Deena joined the main cast of ‘Jersey Shore’ in Season 3 at the Seaside Heights shore house where they were all living together and living it up.

After ‘Jersey Shore’ ended in 2012, Deena appeared on ‘Snooki & Jwoww’ and ‘Couples Therapy’. Deena, alongside most of her fellow cast members, returned to the franchise with the sequel series ‘Jersey Shore: Family Vacation’. Apart from reality TV, her major source of income is a clothing line for babies and parents – Christopher John Clothing – and another that she launched in partnership with Snooki, Meatball Merch by Deener and Snooks. She earned her dental assistant’s license before joining ‘Jersey Shore’, though she has never practiced.

Deena’s net worth, as of 2020, is estimated to be around $1 million. At the rate her clothing line is growing (they make such cute matching outfits for parents and toddlers!), Deena’s net worth is bound to see an increase soon. We wish her all the best.