What is The Big Show’s Net Worth? 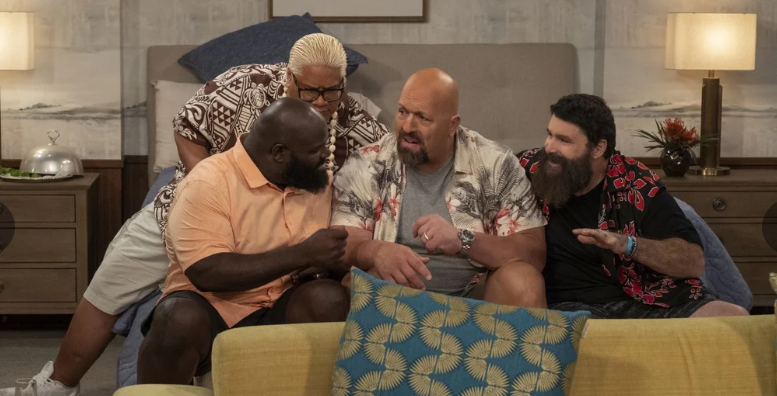 The Big Show, real name Paul Donald Wight II, is an American professional wrestler and actor. Born with Acromegaly, – a disorder that results in excess growth hormones – Wight was already 6’2″ and weighed 220 lbs by the time he was 12. He had to have surgery on his pituitary glands after he turned 18, to halt the progress of this condition. Currently standing at 7 feet tall and weighing 441 pounds, The Big Show is truly one of the biggest names in the wrestling community.

Making his professional debut as “The Giant” in 1995 against Hulk Hogan – the best of the best in World Championship Wrestling – and defeating him (via disqualification), Wight won the title of World Heavyweight Champion. Although the title was vacated due to the controversy surrounding the match, no one ever really forgot that The Giant won a championship on his debut.

Wight re-branded himself as The Big Show after signing a contract with the World Wrestling Federation/Entertainment in 1999, which led to the beginning of his legendary career that is still alive today. With 2 WWE Championships, 2 WCW Championships, 2 World Heavyweight Championships, and 1 ECW Championship under his name, he is one of the most accomplished wrestlers of all time. Now you must be wondering how much money a wrestler could be worth, and we’ll tell you.

‪Great to return to #Raw for my first match on Monday night in years! Teaming up with @samoajoe_wwe and #KevinOwens last night was awesome, two very talented young men. And as for next week's "fist fight" … I'll leave this here. 👊🏼‬

How did The Big Show Make his Money?

Before becoming a wrestler, The Big Show worked various small jobs like bouncing, bounty hunting, and answering phone calls. It was during the latter- when he was answering calls for a karaoke company- that he met with Danny Bonaduce. Danny was the one who introduced him to Hulk Hogan, and that interaction was the one that ultimately led to the start of The Big Show’s career as a professional wrestler.

The Big Show, being one of the most successful and well-known wrestlers right now, has a current annual base salary of $850,000 that he receives from WWE.

Along with all this, The Big Show also stars in the Netflix sitcom series ‘The Big Show Show,’ where he plays a fictional version of himself. The series that revolves around the star, his fictional family, and their life together will surely earn The Big Show quite a bit of money as well.

What is The Big Show’s Net Worth?

When you add his current salary from WWE to his assets and the money that he has earned pursuing various projects as an actor, The Big Show’s estimated net worth today is currently $20 million, making one of the wealthiest wrestlers on the current roaster.