Floor is Lava: What is The Lava Made Of? 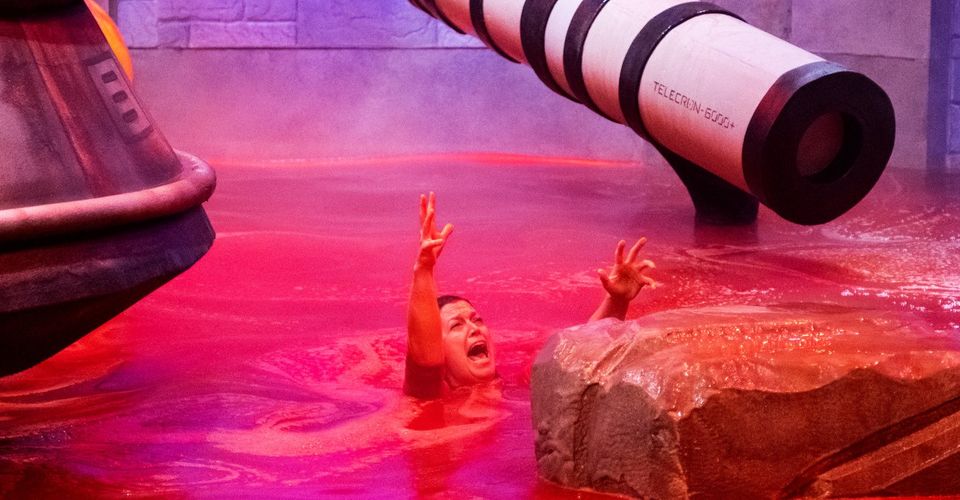 Remember how we used to spend hours and hours playing the floor is lava when we were children in the summer? Well, now Netflix has come out with a reality game show that follows the concept of that to satisfy our inner child and entertain us to no extent. The objective of ‘Floor is Lava‘ is simple: navigate rooms flooded with “lava” by leaping from one object to another, hanging from rods that act as holds for grip, and swinging from chandeliers. Just. Don’t. Fall.

Hosted by Rutledge Wood, who the winning team gets the privilege of meeting, in addition to getting a grand prize of $10,000, ‘Floor Is Lava’ feels like a bit of a bemused version of ‘Legends of the Hidden Temple.’ It even features several antiques, sculptures, and relics that remind us of the now-defunct Nickelodeon show. 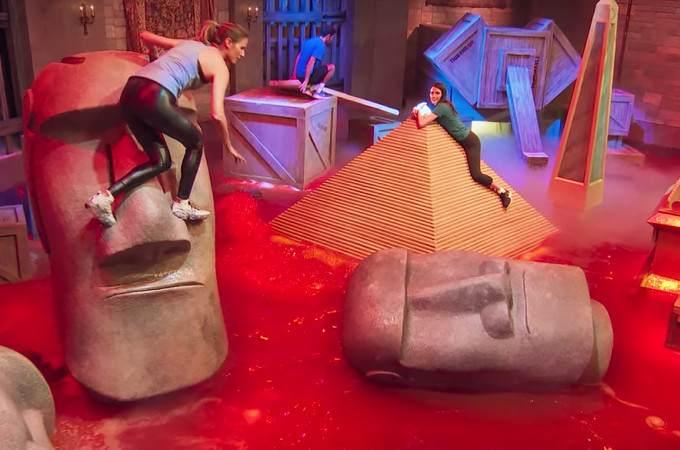 The word “team,” though, is of utmost importance, because if the contestants don’t work together, then there is no chance that they can conquer the obstacle course levels in front of them. And, they would end up crashing and burning, literally. Fall into the lava and its goodbye for you.

What is the “Lava” Made Of?

Despite the press release of the show claiming that the obstacle course would be “flooded with lava… yes, really,” the floor is not actually lava — obviously. Instead, it’s just a lot of bubbling slime that is dyed scarily red. The looks are there, and so is the feel, but the lava is just plain and simple slime, which is neither scary nor harmful, thankfully.

The bubbling, of course, is there to scare the contestants and to give the slime a lava-like texture. but it is done via production and winds. The temperature of the room and the slime itself is also warm, but, obviously, it’s not set to a level that would actually burn someone. ‘Floor is Lava’ may be a big-budget game show reality series, but even the producers are not crazy enough to put real lava on the floors! 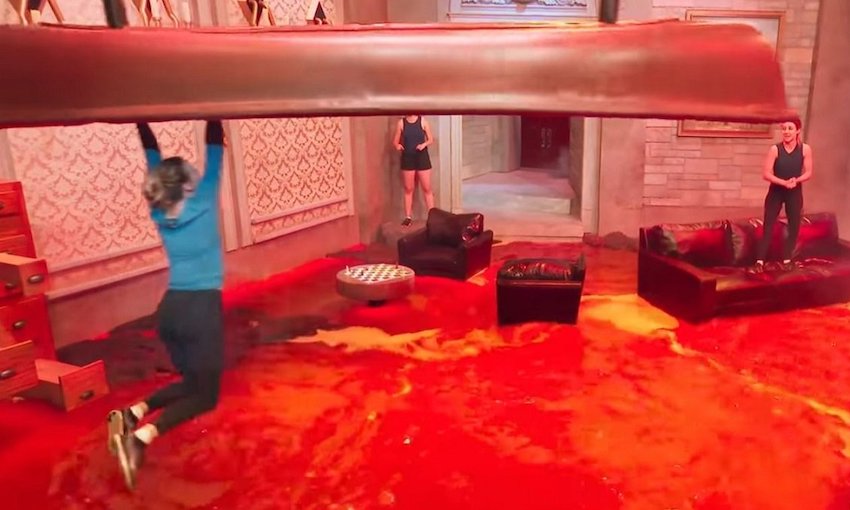 Irad Eyal, a producer for the show, told Fast Company that they “tasked Hollywood’s number-one slime manufacturing lab with coming up with the proprietary blend and then ordered more slime than any show had ever produced—close to 100,000 gallons. I can’t tell you what’s in it, but our showrunner Anthony Carbone always joked that the closest thing to it is Panda Express orange sauce. So if you can get 100,000 gallons of orange sauce, you actually can try this at home.”

Honestly, if you’re looking for a summer distraction, then this game show is for you, because it doesn’t get much more mindlessly distracting than this. It’s just a good time pass watch to reminisce about your own childhood memories. 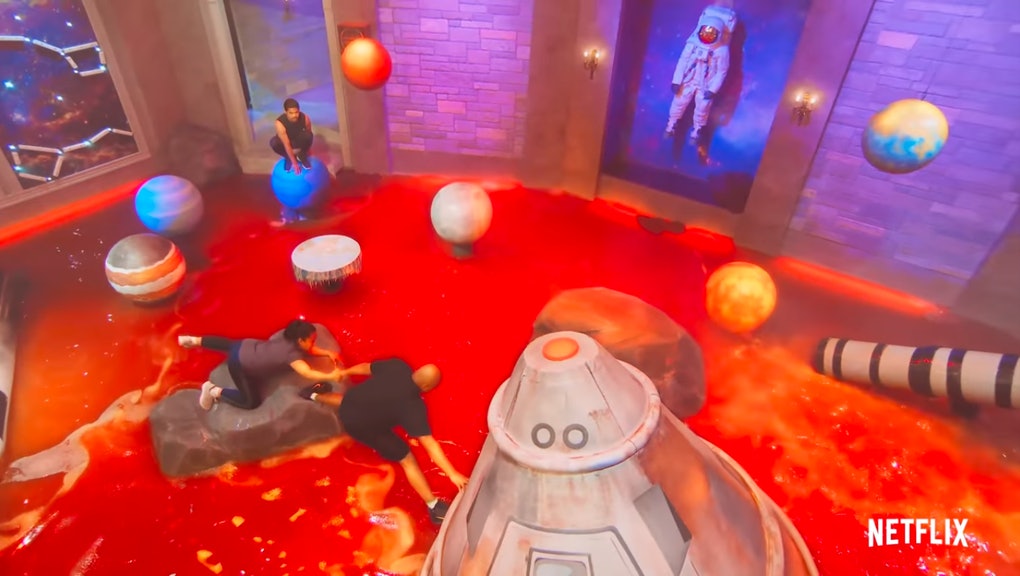 Read More: Floor is Lava: Where Do The Players Go After They Fall?