What Is Trent and Amber Johnston’s Net Worth?

Trent and Amber Johnston are the stars of TLC’s hit reality series, ‘7 Little Johnstons’. Every member of the sizeable Johnston clan has achondroplasia, a form of dwarfism that makes normal life difficult. But Trent and Amber, who have been married for over 20 years, have made sure to raise their five kids in a way that prepares them for the tough life ahead. The parents, Amber and Trent, met 25 years ago through an organization called “Little People” and fell in love when they were just teenagers. They were instantly taken with each other and their mutual attraction led them to date for four years before committing to each other for life and getting married in 1998.

Trent and Amber have two biological kids (Jonah and Elizabeth) but after a perilous second pregnancy, the couple decided that adoption was the way to go, especially since they were aware that many children with dwarfism are put up for adoption. Trent and Amber have three adopted kids (Anna, Alex, and Emma) and all five of their children are a close-knit bunch. The Johnstons live in Forsyth, Georgia. Curious to know about how Trent and Amber Johnston made their fortune and how much their net worth is? Here’s all you need to know. 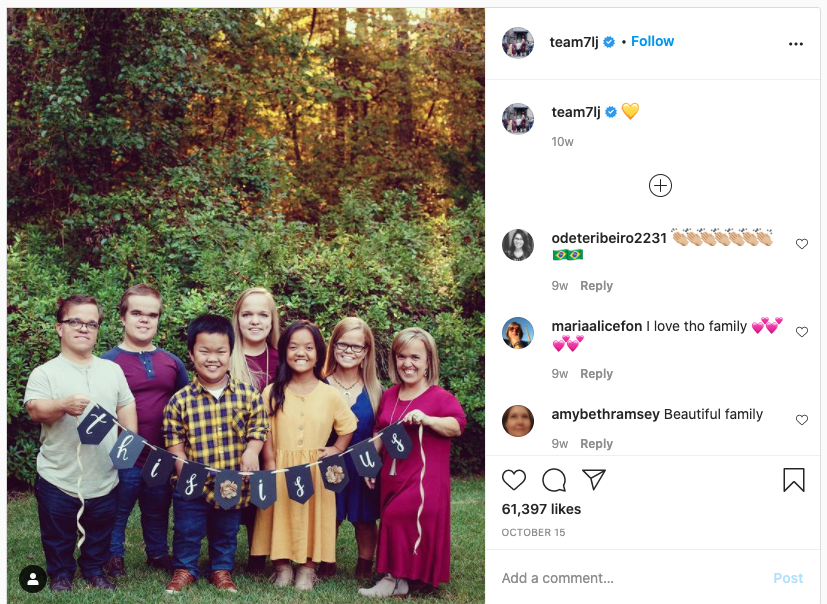 How Did Trent and Amber Johnston Make Their Money?

Both Amber and Trent Johnston have a day job each, apart from their reality show ‘7 Little Johnstons’. Trent has a job as a grounds supervisor for a local college in Georgia. Amber, meanwhile, works as a real estate agent. In 2017, reality TV producer Terence Michael revealed to E! News in an interview that the families who are featured on shows like ‘7 Little Johnstons’ are typically paid around 10 percent of the show’s budget. This means that a few years ago, the Johnstons could have been bringing in somewhere in the range of $25,000 to $40,000 per episode.

Their show, ‘7 Little Johnstons’, has seen a fairly successful run ever since its inception in 2015. The series is currently in its eighth season running. Over the last few years, the Johnstons have become an inspirational family with a devoted (and steadily increasing) fan following. The popularity of their show means that their per-episode salaries would have seen an increase as well, between 2017 and 2020. The details of their current salaries from TLC are not known.

Trent and Amber Johnston Net Worth

Trent and Amber Johnston’s combined estimated net worth is close to $3 million. In 2019, the Johnstons moved into their dream home after Trent and Amber purchased it in Forsyth, Georgia. The 10-acre property, a family home that stretches down to the Towaliga River, boasts a swimming pool and big gardens. The house itself stands impressively large at 3,660 square feet, featuring four bedrooms, and three bathrooms. Constructed around 2005, the idyllic property is surrounded by woods and a serene meadow, with over 450 feet of pristine sandy riverbank next to it. As of early 2020, the Johnston’s new home is priced at approximately $486,000.

Read More: What is Dale Moss’ Net Worth?