What Keeps You Alive Ending, Explained 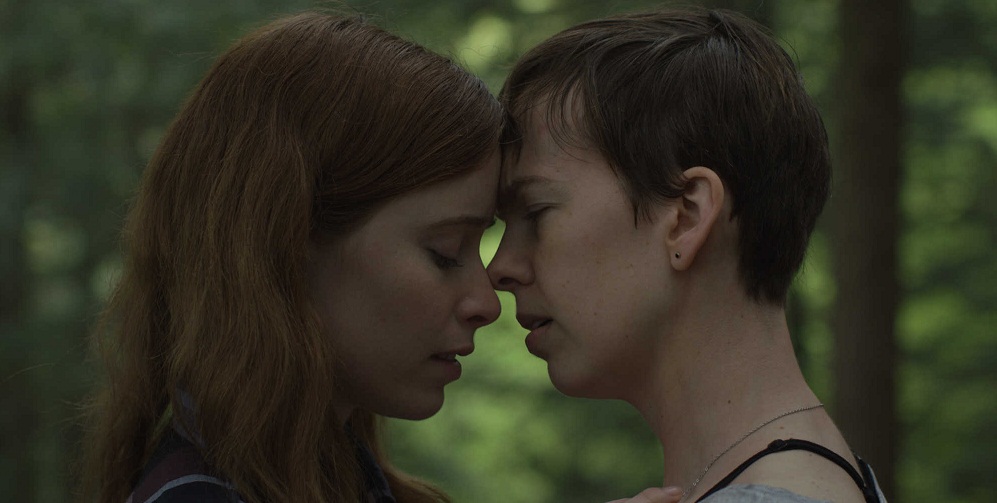 ‘What Keeps You Alive’ stays close to most thriller tropes but still manages to stand out with its eerie atmospheric build-up and stylistic direction. Written and directed by Colin Minihan (‘It Stains the Sands Red’, ‘Grave Encounters‘), the films opens with a scene where it establishes a tender LGBTQ relationship between its two characters. But with what follows, it takes you on an intense ride that is replete with gore and red herrings. Although pretty straight forward, the film’s ending might leave viewers with some burning questions. We’ll be addressing all of these questions below:

Jules and Jackie decide to celebrate their first wedding anniversary at a remote cabin. Everything seems just fine until one day, Jackie’s old friend, Sarah, visits them and refers to Jackie as “Megan.” When her wife, Jules, questions her about this, Jackie just brushes it off by claiming that she simply changed her name. However, Jules doesn’t take this too well and wonders why Jackie would not even mention that she changed her name. Out of curiosity, Jules pedals a boat across a lake that separates them from Sarah’s home. Sarah then reveals it to her that they had a friend named Jenny, who had drowned in the lake.

Surprised that Jackie never told her about this, Jules confronts her wife. But yet again, Jackie clears all her suspicion by saying that she always blamed herself for Jenny’s death, and that’s why she prefers not to talk about it. Jules, being the loving wife that she is, forgives Jackie, and for a while, things seem to be great again. But moments later, Jackie pushes Jules off a cliff. When Jackie treks down to the bottom of the cliff, she discovers that Jules is still alive and is now hiding somewhere in the woods. This discovery marks the beginning of a game of cat-and-mouse between the couple.

Why Did Jackie Try to Kill Jules?

Jules barely survives after she falls down the cliff. With injuries all over her body, she drags herself out of Jackie’s way and then watches her from a distance. At this point, it becomes clear to her that she has married a textbook psychopath. Jenny, Sarah and Jackie’s old friend, did not accidentally drown in the lake. Jackie killed her by her drowning her there. She probably changed her name just to have a whole new identity with a clean record.

There’s a scene where Jules discovers a small box placed inside a small hole in one of the walls of Jackie’s home. In this box, she finds several pendants similar to the one Jackie had gifted her. This discovery makes her realize that Jackie previously killed all the women she married. Jackie seemingly follows a pattern where she first lures vulnerable women, makes them fall in love with her superficial charm, and then relentlessly kills them once they discover anything about her past. Later on, Jackie also reveals that she never really loved Jules or any of her exes in that matter. She only intends to cash in Jules’ life insurance policy and get rich.

In the final moments of the film, Jackie also kills Sarah and her husband after Jules invites them over for dinner and tries to seek help from Sarah. Jackie then drives Jules to the same cliff in an attempt to push her off again and finally, kill her. But Jules stabs her neck with a tranquilizer dart and escapes. Throughout the film’s runtime, Jules goes from being a terrified young woman to a complete badass. Instead of fleeing from the scene, she takes it upon herself to seek revenge from Jackie. She goes back to their cabin in the woods and waits for Jackie’s arrival with a loaded gun. However, when Jackie returns, she manages to get inside Jules’ head again and gains the upper hand. She then follows her old plan and pushes her off the same cliff.

Now confident that she has killed Jules, Jackie makes a pretentious tearful phone call to the police and reports Jules’ death. She then goes back to the cabin and injects herself with insulin to keep her diabetes under control. But as soon as she does this, she starts feeling dizzy and even discovers a farewell video that Jules left on her laptop. In the video, Jules reveals that when she was tending her wounds, she spiked her insulin with hydrogen peroxide. Further, she adds that the peroxide will now cause blood clots in her brain, which will eventually lead to a stroke. As Jules had planned, Jackie gets a stroke, and she collapses in the middle of the woods.

In the closing scene, Jules lays at the bottom of the cliff with her eyes wide open. She seems dead. But just before the credits, the camera rolls up to a blurry canopy, which appears to align with Jules’ vision. A loud gasp of breath is then heard, and the movie comes to an end. The ending suggests that somehow, Jules is still alive. Just like the last time, she survived the fall all over again and even managed to teach Jackie a lesson.

Read More: Is What Keeps You Alive a True Story?