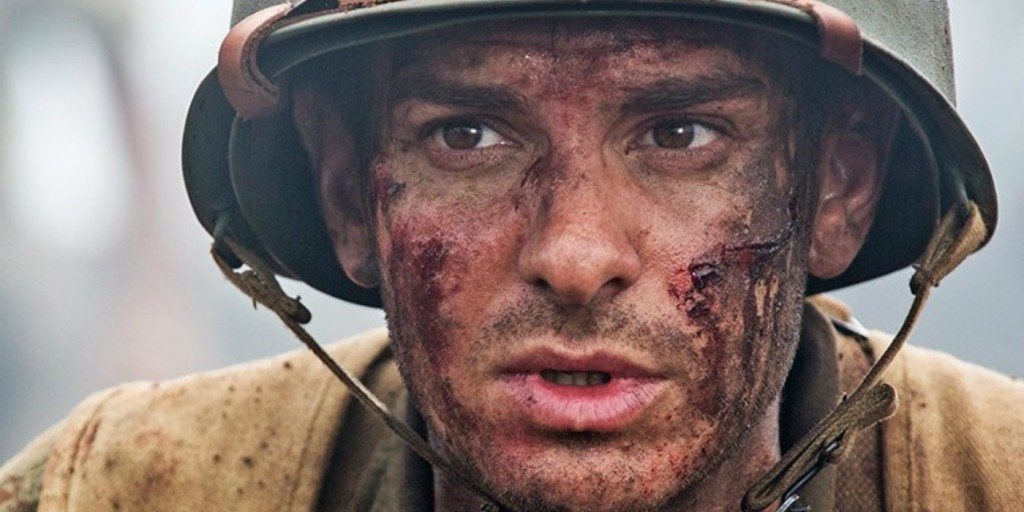 “With the world set on tearing itself apart, it don’t seem so bad of me to put a little bit of it back together.” These were the words of Desmond Doss when he was under trial. His religious beliefs prevented him from bearing arms, yet he was driven to serve his nation in the time of war. Despite being ridiculed and badgered for his pacifism, he stood true to his principles and never picked up a rifle in his entire service as a combat medic. This incredible story is impeccably presented by Mel Gibson who has made a bruising, fantastically moving comeback with his creation ‘Hacksaw Ridge’. Gibson, does complete justice to the travails of our pacifist soldier, while remaining a master of blood and gore.

Gibson shows some of the storytelling relish he had in his jungle drama ‘Apocalypto’ and the insatiable taste for blood and guts he had demonstrated in his controversial ‘The Passion for The Christ’. The picture of war is ruthless, intense, even unwatchable at times, seems as if all this violence is there to compensate for Doss’ passivity. The credit for this brutal yet gripping depiction of war goes to screenwriters Robert Schenkkan and Andrew Knight, who have enabled Gibson in staging a mystifying comeback. Also Andrew Garfield plays Doss close to perfection. He effectively portrays the depth of Doss’ religious beliefs with respect and believability and thoroughly deserves his Oscar nomination. But what makes Doss’ story so spellbinding and inspiring and how did he defy all odds and achieve such an insurmountable feat? Read on.. 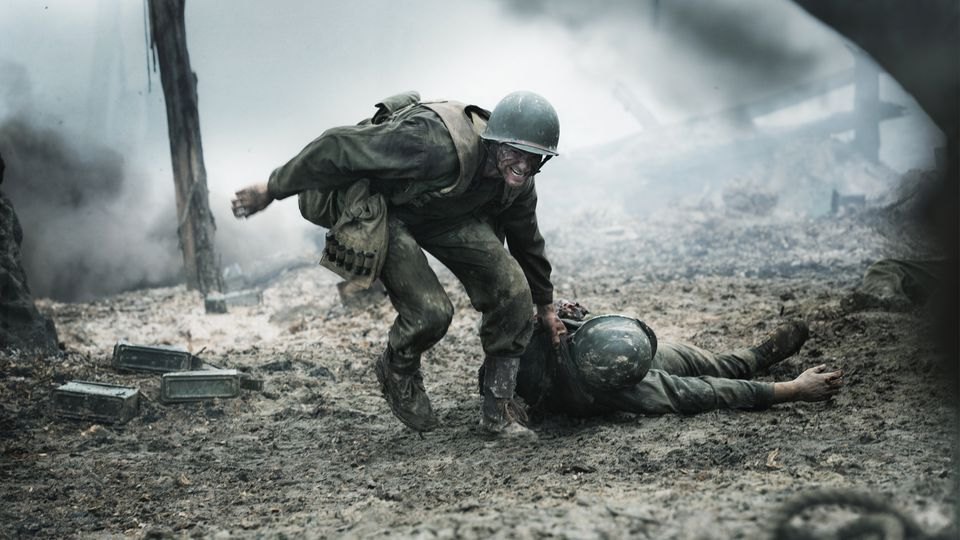 “In peace sons bury their fathers. In war fathers bury their sons.” The second of the world wars was the harbinger of many things: agony, anger, anguish, separation, not to mention the 60-85 million deaths that transpired through the course of the war. Wars are usually associated with winners, but if you think about it, there are no winners in war, though the only loser is humanity. Just as one is about to lose one’s faith in humanity, there emerges a war story that rekindles one’s beliefs and emphatically celebrates the feelings that make us what we actually are: humans. Over the years we’ve all heard numerous stories of war that inspired us and reawakened our faith in humanity. The greatest story, in my opinion, would be of Oskar Schindler, who saved over a thousand lives from their fate in concentration camps and thus establishes the greatest story about humanity from man to man. But I’m not going to talk about Schindler here, instead I’m going to tell you about another inspiring story. A story that it too incredible to be true. A story that illustrates the strength of human conviction. The story of Desmond Doss, a valid conscientious objector, who despite being offered a deferment for his shipyard work, enlisted in the army and went on to work wonders.

Amidst the brutal atrocities of war, our protagonist, Desmond Doss demonstrates compassion and magnanimity, things which are rarely existent in the battlefield. Now what inspires Doss to renounce his weapon in the field of war yet serve as a combat medic? The answer can be traced back to his childhood and years as a teen, which were filled with agonizing and excruciating incidents involving his drunk and aggressive father, Tom Doss. Tom Doss suffered from PTSD since his return from the battlefield and used to invariably thrash his sons or even at times his wife. Such painful flashbacks made Doss decide to forever remain true to the Sixth Commandment, “Thou Shalt Not Kill”. While his father pulled off his belt to thrash him and his brother, Doss in his later years, used his to apply a tourniquet, saving the life of a man who was the victim of a horrifying car accident. This untrained knack for medical skill combined with his urge to put the world back together, stirred Doss to enlist and save more and more lives. 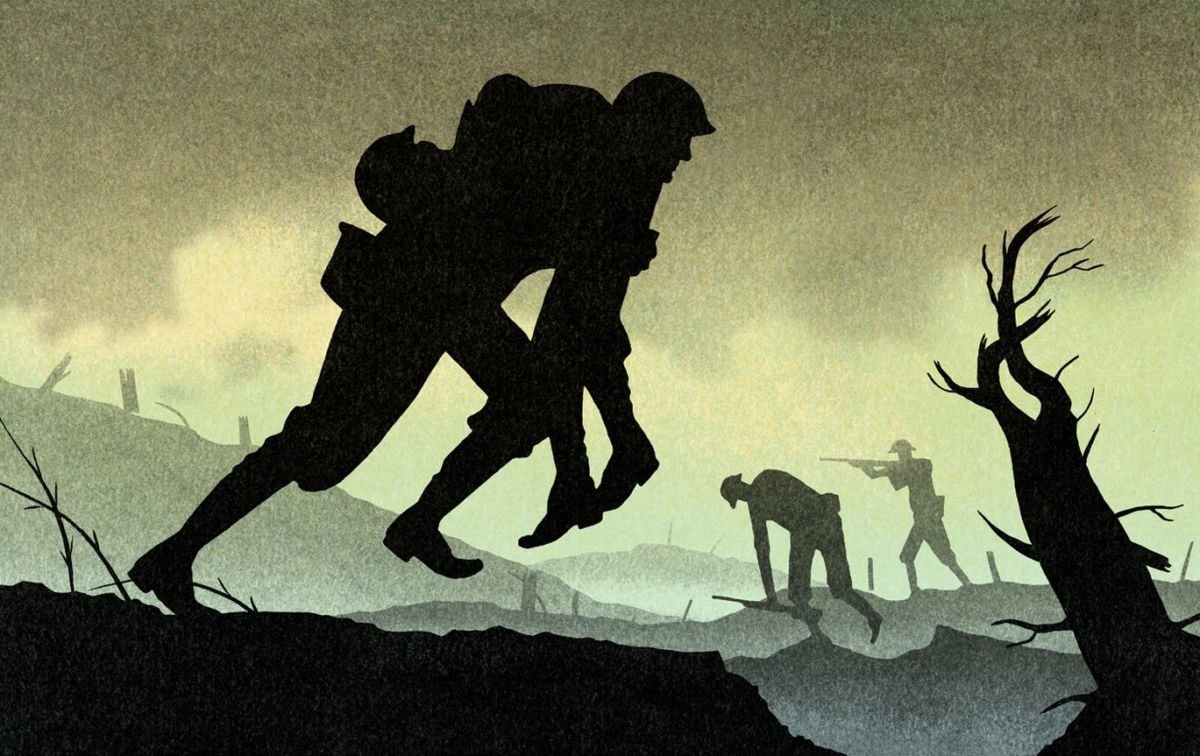 It is often said that bad things happen to good people. The same can be said about the combat medic, Desmond Doss. One would imagine that after he registered and decided to serve his nation, he would have received motivation from his fellow comrades and superiors, but as soon as they came to know about his rebuttal to carry weapons in the battlefield, they did everything in their capacity to make him quit. They left no stone unturned, he was subjected to discharge on psychological grounds, bullied, abused, repeatedly and fiercely challenged on his refusal to bear arms, threatened with court-martial, his life made a torment. Little did they know at that point of time, that by the time the war ends, their hearts would be filled with utmost respect for Doss, and as the war ends Doss would be a hero who had shown the true power of humanity and brotherhood. But all this wouldn’t have been possible had Doss not stood true to his beliefs. His faith in himself and his own capabilities was his biggest and most powerful weapon. A weapon he never renounced in his entire life. He was an unconventional man of faith, shunned by the establishment until they learned to let him work wonders on his own terms. 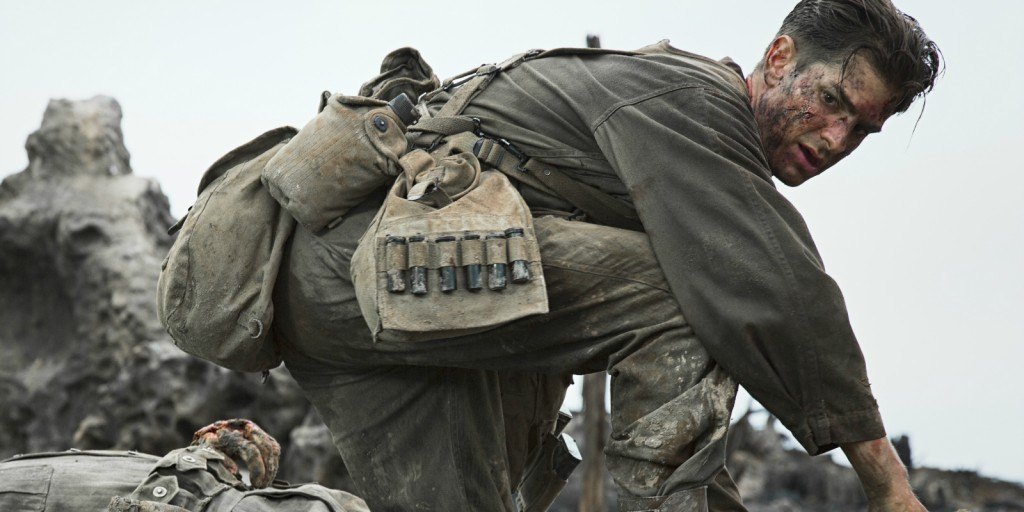 Doss’ courage was put to the test in the battle for the Maeda Escarpment, nicknamed Hacksaw Ridge. Gibson’s portrayal of the battle contains a series of embellishments. He accurately portrays the ferocity of the war in the Pacific, and the type of warfare that characterized the last days of Japanese Empire. Amidst flying bullets and exploding grenades emerges our hero, Desmond Doss, who works miracles and that too without a gun in his hands. He goes from one wounded man to another and lowers them down the face of the escarpment, making sure that they are sent back safely to the base and treated perfectly. He even vacates his place on the stretcher for a more critically wounded soldier. He went on to do something miraculous, a feat nobody expected of him, he saved the lives of more than 75 of his comrades in the battle of Hacksaw Ridge and became the first conscientious objector in U.S. history to be awarded the Congressional Medal of Honor. Too incredible to be true, isn’t it?

Ultimately, Gibson has created both a stirring story, and a film that shows the brutal realities of the saddest activity man may engage in. The juxtaposition of Doss’ pure and steadfast love and his conviction stands in stark contrast to the anarchy of the battlefield. There are no winners in war, though the only loser is humanity. But it is stories like these that show the true strength of humanity, how even amidst anarchy and brutality, human conviction and beliefs emerge triumphant over everything else and leave an everlasting impression on our hearts.