What Should India Select as its Oscar Entry: ‘Masaan’ or ‘Court’ ? An Analysis. 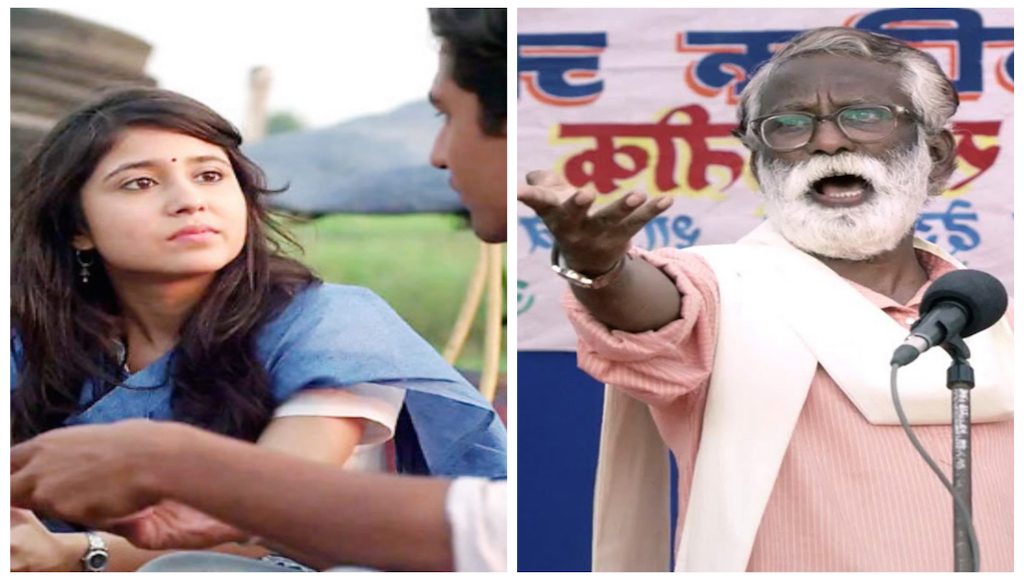 The last date to submit the entries for Best Foreign Language Film is drawing close. The question on many movie-lovers’ mind would be what film should India submit. So, why don’t we dig in ?

To have any real chance of getting nominated among the 5 films in the Oscar Foreign Language category, your film shouldn’t be just good; it must also have the following:

1. A wide international exposure with universal acclaim
2. A subject matter that the Americans, and specifically, the Academy members can easily relate to
3. A major studio backing (that means, a major international studio should have the film’s distribution rights in United States)

Two years back, ‘The Lunchbox’ had all of the above three — on top of being an exceptional film. Before releasing in India, it had played at biggest film festivals across the world including Cannes and Toronto. Secondly, it deals with urban loneliness, a theme that touched chords with western audiences — even more so than Indian audiences. Finally, it had the backing of Sony Classics — the studio behind 13 Best Foreign Language Oscar winners. So, ‘The Lunchbox’ was looking all set to make a major splash and in all likelihood, a spot in the final five. Right ? But what did Indian Selection committee do ? Send an obscure film called ‘The Good Road‘ instead as the Indian entry to Oscars. A blunder and a travesty of the highest order which had SNOBBERY written all over it.

I have written about this before, and I will say this again: Sending a film to Oscars should be a strategic decision and NOT an emotional one — or for that matter, an arrogant one . The question that the selection committee should ask is NOT “Which film is the best among the options we have ?”,  BUT “Which film has the best shot at getting nominated ?” As good as ‘The Lunchbox’ is, its chances at the Oscars were not bright because of its quality, but because of the factors I mentioned above. And remember, quality is a very relative thing. One man’s poison is another man’s cure. Therefore, the selection committee should NOT even try to get into an argument or discussion about which film is better than the others. The individual likes and dislikes should be strictly avoided. They should just sit down and discuss, very objectively, where do the contending movies stand with respect to international exposure, universal acclaim, subject matter, and studio backing. And only then, they can choose a film that has legs to travel the distance.

With that said, when I look at the field this year, two films stand out more than the others: ‘Masaan’ and ‘Court’ (‘Bahubali’ lovers, sorry. But no, don’t even try to entertain such thoughts). And to be honest, these two are the only films that have the potential and the pedigree to give competition to the other 80 to 90 entries from other countries

While no one doubts the quality of both the the films (Read Masaan’s review here), if I judge them solely based on the criteria that I mentioned at the beginning of this article, here’s what we can conclude:

1. Both ‘Masaan’ and ‘Court’ have toured some major film festivals around the globe with the latter making more appearances than the former. But empirically speaking, ‘Court’ has received a more wider acclaim and has got extremely positive reviews wherever it has played — as evident by its 100% Rotten Tomoatoes rating. On the other hand, ‘Masaan’ played at the most prestigious film festival of all, Cannes Film Festival, and won FIPRESCI award — one of the most respected awards at Cannes.

Preference: ‘Court’ — Because it is more widely seen and has a proven track-record of being liked everywhere, even in United States. ‘Masaan’, clearly, was loved by European critics, but is still an unknown entity when it comes to American audience.

2. ‘Masaan’ deals with conflict between belief systems: modern vs traditional, moral vs immoral. ‘Court’ is a scathing commentary on the dysfunctional Indian legal system and the absurdness of Indian social structure divided by castes. While, both the films touch upon the universal theme of “fight against injustice”, it is also true that both also are contextually very “Indian” stories — something that Oscar voters appreciate.

Preference: ‘Court’ — Because the injustices depicted in the film are not only easily relatable, but also brings to light a very pertinent issue that India faces. ‘Masaan’ brings up themes that have been seen before in other films, and in comparison, feels light weight.

3. Though ‘Masaan’ got released in few European Countries, it hasn’t officially released in United States. ‘Court’ was released by Zeitgeist Films in US in select theaters.

Preference: Neither. This is going to be the biggest stumbling block for whichever of the two films ends up getting selected. Neither of the two have got a major studio behind them. Yes, you can say ‘Court’ is slightly better positioned, but Zeitgeist Films are too small (Read: not adept) to handle an Oscar campaign.

With solid worldwide exposure, excellent reviews and an easily relatable theme, ‘Court’ is definitely a better choice than ‘Masaan’ or any other Indian film. Whether, it finally makes the list of five nominees will depend on how much the Academy members are going to like the film, and more importantly, how much competitive other films are. At this point of time, a Hungarian film called ‘Son of Saul‘ is emerging out as the strongest contender to win. If selected, ‘Court’ will have a long road to cover, first of them being competing against about 80 other foreign language films and finding a place in the first shortlist of 9 films. That list of 9 then gets trimmed to the five eventual nominees. And then, the final winner is announced on the Oscar night. Without wishing for anything that’s too far ahead, let’s hope that at least a free and fair process is followed by the Indian Oscar selection committee.