Where Was What We Do in the Shadows Filmed? 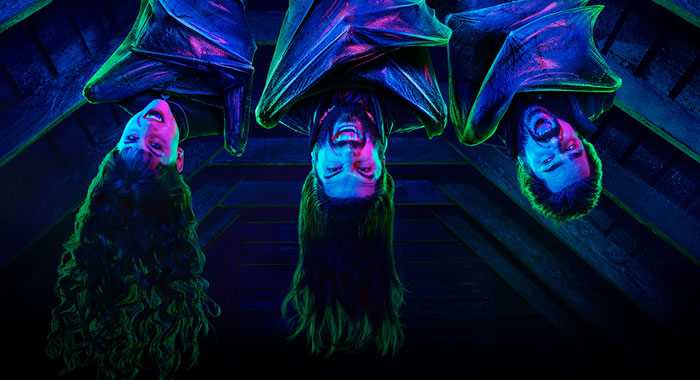 Every Vampire universe, be it in movies, TV shows, or in books, adopts its own unique world-building elements. But along with that, many of these also draw inspiration from seminal vampire movies. Treading a similar path, ‘What We Do in the Shadows’ is a comedy horror series based on a 2014 film of the same name, written by Jemaine Clement and Taika Waititi.

Its off-kilter dark humor and witty writing have been widely appreciated by viewers and critics alike. Not to mention, its quasi-documentary style and the overall setup are reminiscent of genre classics like ‘Bram Stoker’s Dracula‘ and ‘Interview with the Vampire.’ Speaking of its setup, if you’ve already watched the series and you’re wondering where its filming took place, here’s everything you need to know.

What We Do in the Shadows Filming Locations

‘What We Do in the Shadows’ revolves around the lives of three vampires born in different eras, who try to adapt to their modern lives in Staten Island, New York. At the New York Comic-Con, Executive producer Paul Simms also talked about the setup of the show saying that: “We liked the idea that these vampires had maybe 200 years ago been sent to conquer America, but they’d sort of lost their way.” He further to this added by claiming that they initially also had plans of shooting an episode in which the vampires visit Manhattan for the first time. However, you’ll be surprised to know that despite being set in the “Big Apple”, ‘What We Do in the Shadows’ was primarily filmed in Ontario, Canada.

The filming of ‘What We Do in the Shadows’ predominantly took place in Toronto, Ontario, Canada and parts of its pilot episode were also shot in Los Angeles. The creators of the show also posted a casting call listing back in 2016 which mentions that the show’s rehearsals begin on June 2 and its shoots start on June 3 in Los Angeles. In an interview with Rotten Tomatoes, Jemaine Clement revealed that while writing the plot of the show, he frequently visited Staten Island. Moreover, he also had another expert writer with him who was well versed in the setup of the show. “One of the writers, Tom Scharpling, his wife is from Staten Island and anything we have to ask [about being] authentic, we have to ask Tom,” he said.

A twitter user based in Toronto, Ontario posted a picture claiming that the filming of ‘What We Do in the Shadows’ took place right across his home. Check it out below:

They're filming What We Do In The Shadows across from my house and I am so here for it 😍 pic.twitter.com/vUwYnKTriI

Here’s a notice which was received by one of the residents living in the vicinity of the shooting:

How was I not aware the What We Do in the Shadows tv show is filming in TO!!! Just got this notice they’ll be filming near my house. pic.twitter.com/jnlzs4jtkR

Since the original film was set in Wellington, New Zealand, you can’t help but wonder why the vampires are now being placed in Staten Island. In his interview with Rotten Tomatoes, Executive Producer Paul Simms addressed this by saying that “you could almost say Staten Island is the New Zealand of New York. It’s kind of the forgotten borough that not many people live in. No, but [it’s] quainter and not as glitzy and glamorous [as Manhattan].” Since it’s a vampire show, almost all of its scenes required a night setup and because of that, anything that was not filmed in the show’s Toronto soundstages was later shot at night. Clement commented on this by saying that they often had to film between 5 p.m. to 6 a.m. and their timings mostly depended on the sunrise schedule.

Here’s another picture posted by a twitter user who got to meet the cast of the show:

Here’s another tweet reporting the show’s filming in Toronto, Ontario:

Soooo a guy with a filming company just scoped out our facility to see if it would be a fit for a scene in the show they're filming. I asked what show and they said they're doing a WHAT WE DO IN THE SHADOWS SERIES??? even if they dont end up filming here omfg….EXCITE!!!!!!!!!