What’s It Worth?: Everything We Know 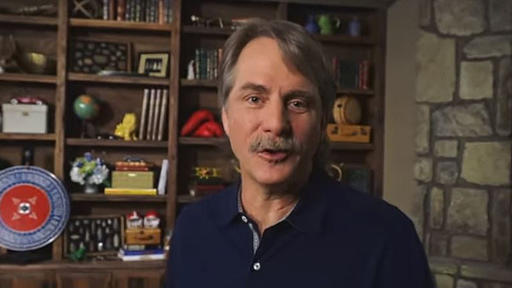 A&E is known for its bold take on disruptive reality shows and groundbreaking documentaries — tackling a variety of topics. And now, the channel is tweaking its approach, owing to the rampant shutdown orders in the wake of the COVID-19 pandemic. One of the breakthrough series that reaps the benefits of stay-at-home norms is ‘What’s It Worth?’ As the name suggests, this docuseries examines long-forgotten souvenirs that have stayed hidden in corners of houses for ages. Well, if you are a fan of unscripted shows, then ‘What’s It Worth?’ might just be up your alley!

What’s It Worth Season 1 Release Date:

‘What’s It Worth’ season 1 premieres on Tuesday, August 4, 2020, at 9 pm ET/PT on A&E with two back-to-back episodes. Comprising 10, 30-minute episodes, the show releases before the previously announced two-hour live series ‘What’s It Worth? Live’, which drops in Fall 2020.

What’s It Worth Host

What is What’s It Worth About?

With people spending almost all of their time, holed up inside their homes, A&E’s ‘What’s It Worth?’ follows host Jeff Foxworthy as he tours the country, searching for truly unique possessions and collectibles that might have shockingly high values. However, in all his endeavors, Jeff never leaves the bounds of his own house in Georgia.
Jeff and his crew of experts virtually enter a home and then go through the variety of heirlooms, trinkets, and treasures hoarded by the residents.

The team attempts to determine if the homeowners are sitting on a gold mine, or simply holding onto objects that have an emotional quotient. Some of the items showcased in the first season include pop-culture keepsakes, historical relics, and strange mementos. Of course, viewers also get to hear the personal stories behind these hidden treasures. Elaine Frontain Bryant, Executive Vice President and Head of Programming, A&E Network, expressed her views on the channel’s goals from this show. She said in a press release:

“A&E has been always been a leader in the transactional programming space and we are excited to bring viewers along on a hunt for hidden treasures in these two new series. The on-going partnership with Jeff Foxworthy, a one of a kind collector, in both ‘What’s It Worth?’ and ‘What’s It Worth? Live’ allows us to expand on the traditional genre with a modern and digital twist.”

Read More: Hoarders: Where Are They Now?