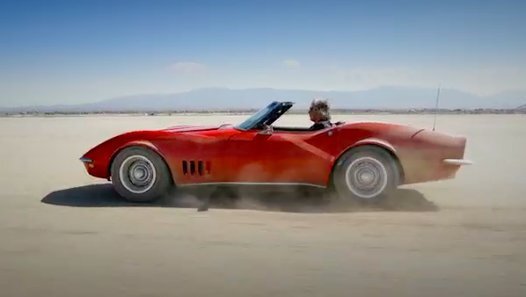 ‘Wheeler Dealers’ is a reality show that first premiered on October 7, 2003, on Motor Trend Network or Velocity Channel. The show is originally a British television series, produced by Attaboy TV for Discovery Channel. The show is created by Daniel Allum and Michael Wood, the founding directors of Attaboy TV. The series is also known as ‘Wheeler Dealers: On the Road’, as its original name was changed for a brief period of time in Season 5.

The series has been extremely successful as the past 17 seasons have shown. The question now is whether there will be a ‘Wheeler Dealers’ Season 18. We delve into that after sharing some of the show’s details.

Wheeler Dealers Cast: Who’s in it?

Mike Brewer is the face of the show. He is a renowned car trader and uses his experience and expertise to get the best deals in every episode. Apart from buying and selling vehicles in the series, he also is responsible for arranging for replacement parts. He also gets specialists to renovate expensive parts of the vehicle.

Ant Anstead is the main mechanic of the show. He is best known for co-presenting another automobile-based show called ‘For The Love of Cars’. Ant Anstead replaced Edd China in Season 14. China is a motor specialist and television presenter. He has also appeared in shows like ‘Top Gear‘, ‘Autotrader’, ‘Scraphead Challenge’, and ‘Fifth Gear’.

Velocity announced that China would no longer be a part of the show as he has other new projects to take care of. However, China was not on the same page. Since Season 13, the show is produced by Discovery Channel and not Attaboy TV. This means, Discovery Communications has the most control over the show and according to China, it found the production of the series too expensive, and hence, decided to let him go.

Paul Brackley is the technical advisor of the show and appears as an assistant to the mechanic every now and then.

Wheeler Dealers Plot: What is it about?

The format of the show is simple. Brewer buys a vehicle that has been old and inactive for a very long time or is not eligible for the country’s mandatory MOT test (an annual test of vehicles in the U.K. to determine if the vehicles are safe and road-worthy). He hands over the vehicle to his mechanic and the mechanic and his team repair the vehicle. Brewer later sells the vehicle at a profitable price.

The show unfolds in two parts. In the first part, Brewers zeroes in on a budget and finalizes a vehicle he has in mind. He then provides a brief history of the vehicle and the reasons why he chose it in the first place. Brewer locates the decided vehicle, test drives it, analyzes its repair cost, negotiates the price and fixes the deal. After handing over the vehicle to his mechanic, they discuss and assess the improvements it needs. The mechanic then finally starts his work on the vehicle.

In the second part, Brewer procures some special parts required in the vehicle, by visiting different places. He also finds owners of similar vehicles. He interviews them and test-drives their vehicles, which are of course, in top condition. The aim is obviously, to match its condition and merit, to the final condition of the vehicle they are working on.

The finished vehicle is displayed on a turntable and its costs and expenditure are tallied and discussed. Brewer then drives the improvised vehicle and assesses the upgrade. He then finds a potential buyer and mostly sells the vehicle at a much higher rate than the cost price.

Vehicles like the 2004 Maruti Suzuki Alto LX and the 2004 Tata Indigo Marina from India, a 1992 Land Rover 90 Defender, a 1967 Chevrolet El Camino from London, Herefordshire and Newark, UK, a 2002 Holden Commodore VU II UTE from Sydney, a 1969 Jaguar E-Type from Austin, a 1989 Ferrari 348 TB from Italy, and a lot more have been featured in the show in the past seasons.

Wheeler Dealers Season 18 Release Date: When will it premiere?

‘Wheeler Dealers’ Season 17 premiered on April 17, 2019, on Motor Trend Network. The season was spread across 7 episodes and the last episode released on September 17, 2019. There were some buzz and controversies once Edd China was replaced on the show. However, the show continued to garner positive feedback from the audience.

The show believes in the least bit of drama. As the show follows car enthusiasts, the audience is assured that the main highlight of the series is always the vehicles and its modification. Unlike shows like ‘Fast ‘N Loud‘ and ‘Misfit Garage‘, the series does not promote any unnecessary plot twists. The show is perfect for every automobile enthusiast.

There has been no announcement regarding the release of ‘Wheeler Dealers’ Season 18 yet. As Season 17 has premiered quite recently, it would not be wrong to assume that there is some time before the release of the next season. We believe that ‘Wheeler Dealers’ Season 18 will release sometime around May 2020. We are also sure the show will bring even rarer and more uncommon models of cars in the upcoming season.

Catch the teaser of one of the previous seasons below, to get an idea of the show.