When Will ‘When Calls the Heart’ S07 Air on Hallmark? 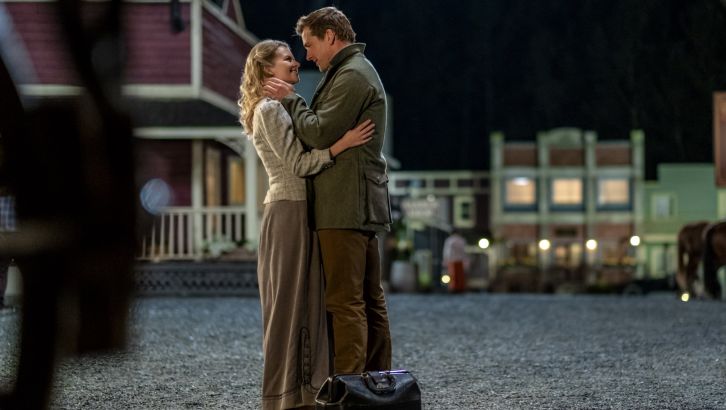 Hallmark Channel’s ‘When Calls the Heart’ is a Canadian-American drama that takes inspiration from Janette Oke’s eponymous book. Developed by Michael Landon Jr., it originally premiered on January 11, 2014. Since its debut, the show has been renewed for five additional seasons, with the sixth installment premiering in February 2019. After that, the show was again commissioned for a new season. Here’s all we know about ‘When Calls the Heart’ Season 7.

When Calls the Heart Cast: Who is in it?

Erin Krakow stars as the protagonist, Elizabeth Thatcher Thornton, an elite woman who heads to a small mining town in Western Canada and begins adjusting to the simple life in the countryside.

Erin will, of course, be returning for the seventh season. It has been additionally confirmed that Paul Greene, Chris McNally, Jack Wagner, Kevin McGarry, Pascale Hutton, and Kavan Smith will all be reprising their original roles. Lori Loughlin, who had starred in another lead role of Abigail from seasons 1 to 6, will not be seen in the upcoming installment, after her abrupt departure in the last season.

When Calls the Heart Plot: What is it about?

‘When Calls the Heart’ follows Elizabeth Thatcher, a teacher who hails from the upper strata of society. She arrives from the city and lands in the small country town of Coal Valley after having received her first assignment. Here, she needs to adjust to the simple rural life, which is often fraught with challenges.

Across the episodes, Elizabeth manages to charm her way but is unable to sway the Royal Northwest Mounted Police Constable Jack Thornton. He, in no way, is inclined to protect this wealthy young woman but he has been given the responsibility to look after her well-being. As the episodes progress, we witness how Elizabeth adapts to the ways of the countryside.

Another character in the series is the widow Abigail Stanton, who lost both her husband and son to an accident in the coal mine. Although the incident was due to the irresponsibility of the management, the women need to work there in order to feed themselves and their families. After the closure of the mine in season 2, the town of Coal Valley is now known as Hope Valley.

Of course, ‘When Calls the Heart’ is packed with complicated storylines and romantic entanglements. Season 6 continues chronicling the various experiences of Elizabeth across the episodes. However, it ends on a massive cliffhanger when we consider the young woman’s emotional turbulence. She chooses Lucas as her dance partner but when she sees Nathan, she is completely confused. The finale leaves us hanging right here.

Season 7 will start off by addressing this very cliffhanger and putting Elizabeth’s love life at the forefront. There will also be some big reveals. Lee comes up with some secrets about his past before Rosemary while Bill is gearing up for the legal case against Gowen. Meanwhile, Carson and Faith face some roadblocks in their relationship.

When Calls the Heart Season 7 Release Date: When will it premiere?

On April 23, 2019, the series received its renewal for its seventh season. Hallmark has also announced its release date. ‘When Calls the Heart’ season 7 is slated to premiere on February 23, 2020, at 8 PM ET/ 7 PM CT with the first episode titled, “A Moving Picture.”.

When Calls the Heart Trailer:

You can watch the preview trailer for season 7 below: