When Does Shameless Season 10 Episode 3 Start? 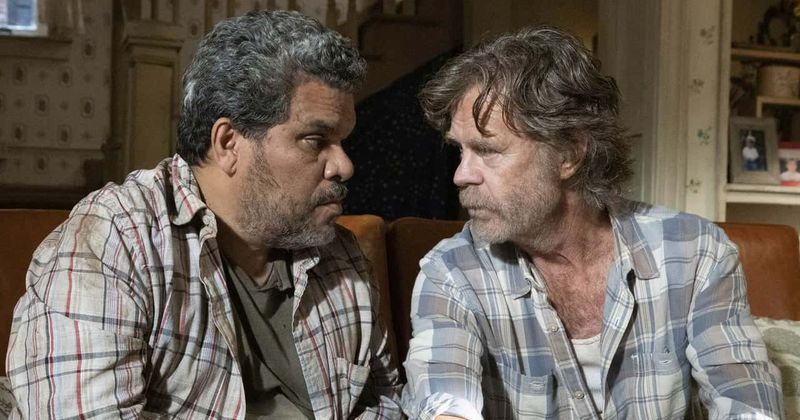 ‘Shameless’ is the longest-running series on Showtime, having launched back in 2011. The idea comes from John Wells, though it is originally based on the UK show of the same name. Across the pond, in America, the series is set in Chicago, and not the glitzy parts of the Windy City either. ‘Shameless’ gives us a look at a family that is trying to hold themselves together in the face of adversities, a lot of which is related to their financial standing.

The unreliable family patriarch of the Gallagher family tries to navigate through the many vagaries of life. The eldest daughter, in the meanwhile, takes it upon herself to hold the family together. However, in the latest season, we have already seen that the eldest daughter is not around and the duty has fallen to Debbie. This leads to a new family dynamic, while the Gallaghers welcome another young member to the family. Moreover, Episode 1 has already hinted at the many secrets that different family members are hiding. These will inevitably come to light over the course of the season, resulting in drama. This is the note on which Episode 2 begins.

Titled ‘Sleep Well My Prince For Tomorrow You Shall Be King’, the second episode shows various other aspects of the relationships that hold the show together. Ian and Mickey who were close to each other in prison, and essentially going through the honeymoon phase of their relationship, seem to have hit a rough spot. Each other’s behaviors start to get on their nerves. For example, Ian needs to lick his finger while turning the pages of the book while Mickey needs to use the toilet at the same time every evening. A bit of separation is suggested to them, as it might make the heart grow fonder.

However, there are not too many options when you are cellmates in prison. The idea is to stab an inmate, who wants to delay his release anyway, and the one who stabs the inmate goes to solitary. Both of them rush to stab the inmate in order to prove to the other, that they are the ones who have dumped their other halves. Luckily the plan is discovered by a prison guard who puts a stop to it.

Elsewhere, Tami is still in the ICU recovering from the hemorrhaging. This leaves Lip to take care of the baby on his own. As a single father, he tries to do his part. However, he struggles with running out of diapers, being unable to kick his smoking habit, and almost dropping the baby one time. We also get to know that the baby has been named Freddie after Lip’s professor. While this might not be the most special way of naming a child, it is the first name that popped into Lip’s tired head.

Other storylines that begin to play out include Liam’s, who sets out on a quest to figure out why he is the only black child in the Gallagher household and wants to know his heritage. We see that Ken and V have swiped a delivery truck after the driver dies of asphyxiation while masturbating. Carl seems to be at his old job back at the shrimp shack, selling vape pens. However, the biggest moment comes when Mikey finds out about Debbie’s secret storage unit, which is where we saw her keep the cash in the first episode. Debbie is forced to share Fiona’s money with the family while making Frank the head of the household.

Shameless Season 10 Episode 3 Release Date: When Will It Premiere?

‘Shameless’ Season 10 Episode 3 is slated to release on November 24, 2019, on Showtime at 9 PM ET and has been titled ‘Which America?’. Silver Tree is directing while Molly Smith Metzler has done the writing. Since it is based on the British show, credits are due to the original creator, Paul Abbott, as well. As you know, each new episode of the US series is slated to release after seven-day intervals. Thus, Season 10, which we know has 12 episodes, is expected to wrap up by February 2020, since the first episode aired on November 10, 2019.

As we mentioned, new episodes of ‘Shameless’ including the third episode, will be available on Showtime on Sundays at 9 p.m. ET. Being a Showtime series, only subscribers of the channel can watch or access it. Obviously, if you want to watch the new episodes, but do not have a subscription to Showtime, don’t worry. You can add the Showtime pack to your existing Hulu or Amazon Prime subscriptions for some additional charges.

Owned by CBS, Showtime is available for $10.99 a month, even without a cable or satellite subscription. After the week-long trial period they offer, they charge subscribers. Your options are in no way limited since Showtime is also available through a variety of other providers like the Apple Tv App, AT&T Tv, Fubo Tv, The Roku Channel, Sling, and YouTube Tv.

While ‘Shameless’ can be best viewed through the options outlined above, you might be feeling the need for a more detailed and comprehensive guide. In that case, check out our streaming guide for ‘Shameless’ here.