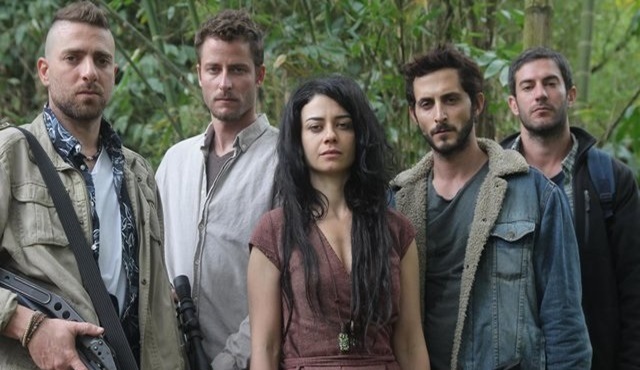 If you are up to speed with the on-goings of the film world on the off-screen side of things, you might have heard about the recent Netflix debacle with respect to the Cannes festival. We say ‘recent’, but the on-and-off tension between Netflix and Cannes is a continuation of a growing rift between the two biggest powerhouses of the film as a medium itself since 2017, rather than any isolated set of incidences. To clarify: Netflix is for now banned by Cannes to promote any of their original productions for the competition. The board of directors back at Cannes had previously actually stretched the existent laws and regulations to accommodate a greater presence for Netflix – since the French laws restrict any film from appearing on the famous festival unless it has been officially slated for a theatrical release at least sometime prior to the nomination stage of the festival; streaming services will not cut it (plus there was some rule-related ruckus about Netflix being a distributor).

Whichever side you blame for this particular case, there is still no denying that Netflix has acquired enough credibility from a qualitative standpoint to be considered the next big thing in the movie and TV series industry. However, while Netflix is banned from the Cannes competition for awards, they are free to screen their productions in the festival, and neither is there any prohibition that bars Netflix from buying Cannes pitches. ‘When Heroes Fly’, in fact, is an import of Canneseries pedigree – the show was the winner of the first-ever Canneseries Festival in the best overall series category in 2018, already making it a lucrative target for Netflix. Furthermore, bringing more foreign shows on board from faraway continental nations like Israel is in line with Netflix’s projected motto of attaining greater international presence. ‘When Heroes Fly’ follows the thread after the likes of ‘Fauda’ and ‘Hostages’, two much-appraised Israeli shows already on the Netflix library.

‘When Heroes Fly’ first premiered on the streaming platform on January 10, 2019. Though, it had already released on Israeli TV channel in May, 2018. Given show’s strong critical showing, will Netflix renew the show for another season. Let’s find out.

When Heroes Fly Cast: Who’s in it?

When Heros Fly comes from the pen of Omri Givon, the same man who created ‘Hostages’, so you will already feel at home with familiar kinds of direction if you have watched Hostages. The show also stars Tomer Capon from Fauda (2005), another popular Israeli show on Netflix, but other than that, you will see some new faces if you are not familiar with the indie TV scene in Israel. As the main characters, the show focuses on a quartet of friends rather than being a one-man show (it is, after all, about friendship and reconciliation). This leading quartet is played by Tomer Capon (Aviv Danino), Michael Aloni (Himler), Nadav Netz (Dubi), and Moshe Ashkenazi (Benda), while Ninet Tayeb plays another crucial role – that of Yaeli, the lost girl in whose pursuit the four friends set out.

Since the plot is not exactly a one-to-one adaptation of the original novel, we do not know how the second season will go. Therefore it is difficult to predict which characters will return. But it would be safe to say that at least the leading quartet, and their respective actors, would return.

When Heroes Fly Plot: What is it about?

When Heros Fly is a story loosely based on the final act of Amir Gutfreuend’s novel of the same name. It is heavy on its plot and character development elements, so we will try to keep our outline as spoiler-free as possible. The show follows four friends who served for the IDF in the 2006 Israel-Hezbollah war and are now estranged in their individual struggles of life. When Benda suddenly finds a photograph of Yaeli, Dubi’s sister and Aviv’s former romantic interest (who was previously thought to be dead in Colombia in a car accident), the four friends reunite in search of the girl.

When Heroes Fly Season 2 Release date: When will it premiere?

As Keshet International has confirmed, the show has been approved for a second season, as well as the American remake of the first. The Times of Israel revealed that the show was destined to return with another season even before it hit Netflix. “When Heroes Fly was Keshet’s most successful drama show in Israel since the country’s largest commercial television channel, Channel 2, split several years ago into two competing channels, Keshet and Reshet.”

The show had originally released in mid-2018, and we only got the Netflix release in January, 2019. So tallying that pattern, and factoring in that the production is already underway, we speculate that the second season might be slated for a late 2019 release in Israel, and an early 2020 international release afterwards on Netflix. Note that this is just our guess. Nothing so far has been announced officially about the release dates. However, rest assured that we will constantly be monitoring the likely sources, and scour the news for further updates on the official release dates both on the original network and the international release.  So do remember to keep a tab on us for learning more about the latest developments about the air dates for season 2, if any.

The original producers have already confirmed the possibility of a second season, and it is likely that production is already underway and perhaps even at a stage near completion. That being said, we still, unfortunately, have nothing in terms of promo material like trailers or teasers. Meantime, you could always stream the debut season online on Netflix. If you have been looking to dig into the show for the first time, a great head start would be the official trailer for the original first season, which you can watch here.