When it Comes to Sex Crime Allegations, is Hollywood Hypocritical? 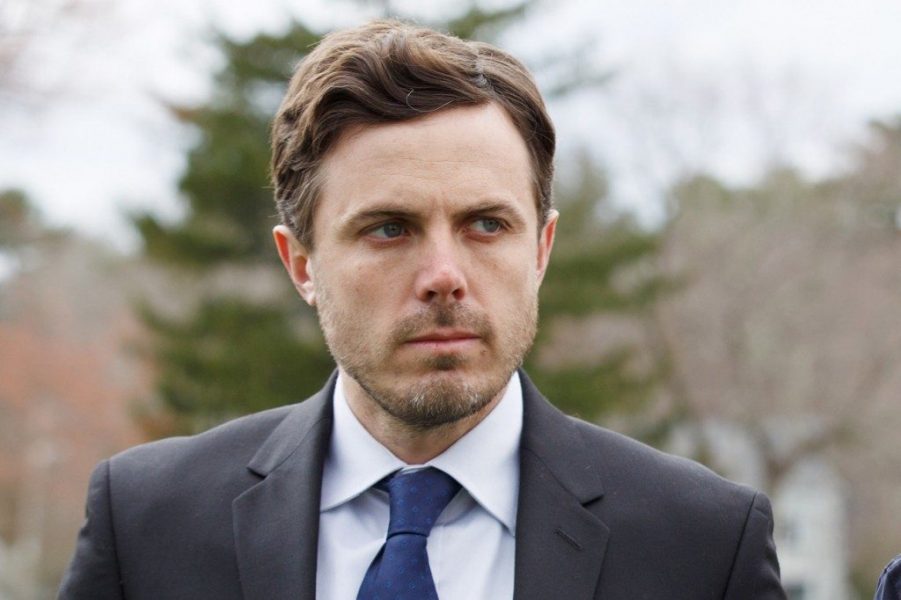 Writing this will get a reaction, likely not the kind I am hoping for because as a man writing it, there will be those who say I cannot ever experience what women can. That is true, I concede that, but as a husband, son, brother, boyfriend, uncle, brother-in-law, friend, and most of all, father, women have been forever in my life and I both love and respect them. At various time I have been a fierce protector of the women I love, fearless to stand in the way of anyone and anything that might bring them harm.

Women are better than men in many aspects and we are better men for having them in our lives. I have often said my late wife taught me to be a better man, and I mean that. I wanted so much to be worthy of her love.

Women amaze me, fascinate me, and I do love them.

However, as a college dean I have also seen women, a very slim number of the population, at their very worst. With a mere false accusation they can ruin a career, a marriage, a life…just like that. And even if they later confess that they lied, the damage is irreparable and cannot be undone.

When a women cries rape, 99% of the time they are telling the truth, and have indeed been a victim of a terrible assault from which there is no coming back. Their dreams will be haunted by the event, their personality may change, we as men can never entirely understand what it is they go through, what nightmares they will be forced to endure. My heart goes out to them.

However what of the men falsely accused? What of a rumor or allegation that remains unfounded? For the most part the man is deemed guilty, and his life left in tatters. Even if the President of the United States (any President except Trump) went on national TV with a statement absolving the accused of the accusations, it would not matter. In cases like this, it is guilt by accusation. 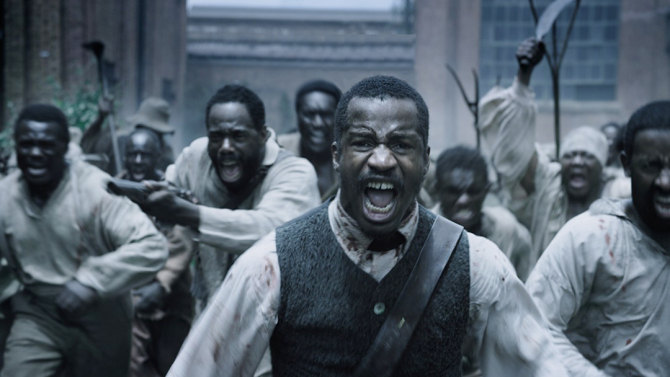 Last year at TIFF, Nate Parker arrived at the film festival with the hottest film of the year, the epic The a Birth of a Nation (2016), a seething, poetic study of the uprising of slaves several years before the Civil War, a little known part of American history, of black history, that demanded to be told. Parker had worked for nearly a decade to bring the film to the screen, eventually directing the film, producing and writing it along taking the lead role. He arrived at the festival on top of the world, his film seeming to solve the issues of diversity within the Academy, a powerful work headed for the Best Picture race. But the as he arrived at TIFF, from his past came an accusation of rape, a threesome he was involved with during his college days.

Though he was acquitted of any wrong doing, the young woman was obviously torn apart by whatever took place that night, and had taken her life a few years before. 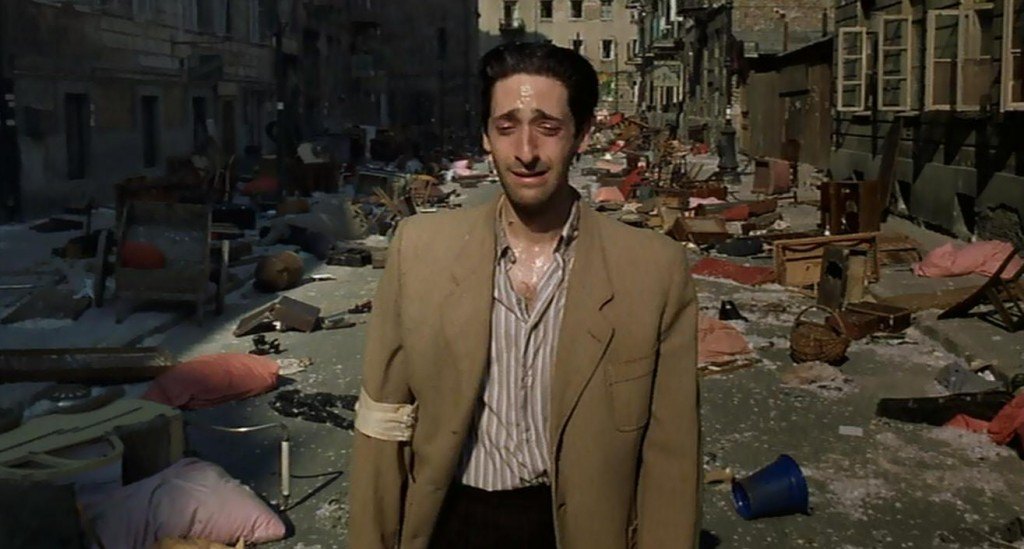 Flash back to 2003, Academy Awards night. Chicago (2002) will emerge the big winner with six awards including Best Picture, but the shock of the night came when Harrison Ford strode out to present Best Director. The winner was a convicted rapist, the rape of a minor child no less, Roman Polanski for his Holocaust film The Pianist (2002). In the seventies, Polanski was arrested and charged with raping a minor child and found guilty. While awaiting sentencing, the court foolishly turned him loose and he fled to Europe where he could not be touched by the American judicial system. He is a criminal, he is a convicted rapist, and he is an Academy Award winner for Best Director. One more time…he was found guilty of raping a child and won an Oscar.

Polanski continued his career after leaving the United States, and was an Oscar nominee for Tess (1980) despite howls of protest. His film career flourished while he toiled in Europe, making sure to stay in countries with no extradition agreements with America. Now there is no doubt Polanski committed the crime, none, yet Hollywood is willing to look the other way for him. Why? Is it out of pity because his wife was massacred by the Charles Manson family in 1969? Is it because the Academy was make a statement out of honouring the artist for their work while ignoring the crime? Polanski, an adult, had sex with a thirteen year old girl, supposedly consensual (if that is possible?) but it is considered rape in any court in North America. No matter what the child was doing at a drug filled Hollywood party, no matter that her mother was there, rape is rape. She was a child. For me, Polanski should not ever have been even considered for a nomination once he fled justice. The Academy should be ashamed for giving this man an Oscar.

Was Parker snubbed for The Birth of a Nation because he was black?

Why? What was the thought process that suddenly saw him as guilty while Polanski, a convicted rapist, is an Oscar winner? Was it because the poor young woman died? Was it because the information was found out, dug up by a reporter and not offered by the actor? He went from being the break out star of the year to a nothing, his film abandoned by the studio that once celebrated it as an Oscar contender.

Casey Affleck, the Oscar winner for Best Actor is not without some sexual allegations in his recent past. Two women charged Affleck with sexual harassment on the job and the matter was settled out of court, meaning the young women were paid off. Perhaps to protect his family, perhaps because Affleck understood once accused it is hard to shake such an accusation, even if innocent, as Mr. Parker discovered. Affleck denied any wrong doing, his publicity team managed to deflect any questions about the allegations, and he won an Oscar. However if you were watching, presenter Brie Larson refused to applaud for him, after announcing his name and presenting him with a much deserved Oscar, obviously believing him guilty. That he paid for it to go away does not look good, but only he and the accusers truly know. 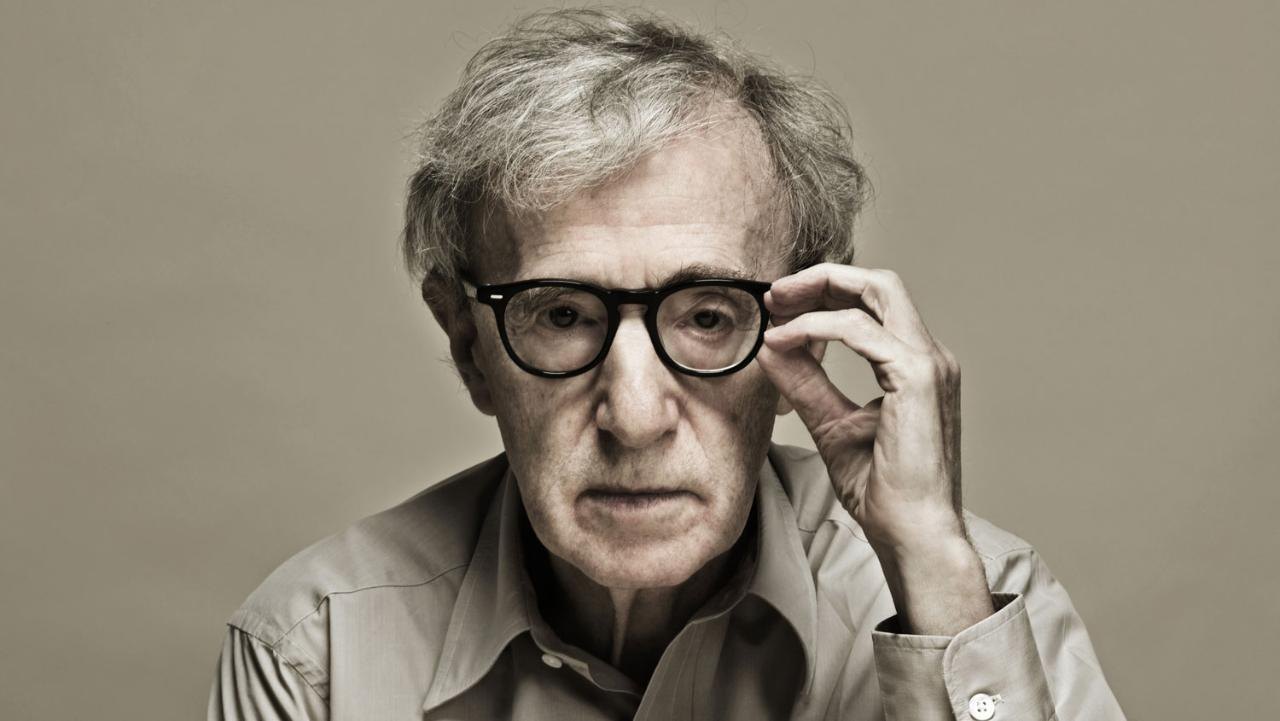 Much was long been made of the accusations leveled at Woody Allen by his former partner Mia Farrow and at least two of her adopted children, both who claim Allen sexually abused them. It began when Farrow, longtime partner and muse of the director found sexually explicit photographs of her adopted daughter Soon Ye Previn, then nineteen in Allen’s sock drawer. She went ballistic when Allen and Previn admitted they were in love and officially a couple. This was 1992. Farrow became vicious and unstable, attacking Allen by every means available to her, all for nought. He passed every polygraph he was asked to take, underwent psychological profiles by the best of the best and sailed through with no findings of any abuse, and the children themselves stated he had done nothing. Yet hell hath no fury, she persisted for years, turning the children she could against him, making the relationships between Allen and his kids toxic. He married Previn, and they have been together twenty-five years. It seems whenever he has a success, Farrow or one of her children comes out with more accusations and well placed letters attacking Allen. Their timing is always impeccable.

I do not know if Woody Allen is guilty or not. I do know his appetite for younger women has been reflected in some of his best films, Manhattan (1979) and Husbands and Wives (1992) most notably. There are actresses who have stated he made unwelcome advances towards them, Mariel Hemingway among them, but not one has ever stated he raped or assaulted them. His close friends rallied around him and defended him, Diane Keaton, Dianne Weist and Scarlett Johansson most vocal about his innocence. Yet others have declined to work with him, Susan Sarandon, the most vocal, leaving us to wonder what she might heard running in those inside circles. It is well documented that Farrow is a hysteric, a dangerous vicious woman who one of her exes stated was “batshit crazy”. We just do not know. I know this, I enjoy his films, but if I were to discover he was guilty, I might not enjoy them so much. He is the most nominated film writer in the history of Hollywood, winning a third Oscar for the lovely Midnight in Paris (2011), and remains a prolific filmmaker.

Hollywood has its share of scandal for sure. Marilyn Monroe was passed around like a toy by powerful men, Elia Kazan and Lee Straberg among them, Grace Kelly was known for sleeping with her leading men, married or not, more recently director Bryan Singer was accused of relationships with young men, there are many stories. It was widely known Charlie Chaplin had a huge sexual appetite for very young girls, and many studio heads spent their time getting him out of trouble and keeping him out of the headlines and courts.  Nate Parker deserved his moment in the sun for his film ‘The Birth of a Nation’, a moment that Polanski, a convicted rapist had. Instead he underwent a very public crucifixion no man declared innocent deserved. To me it is all terribly hypocritical and very wrong that Polanski has an Oscar, and Parker’s campaign was over before it even got started.

Read More: The 12 Best Movies Based on World War II