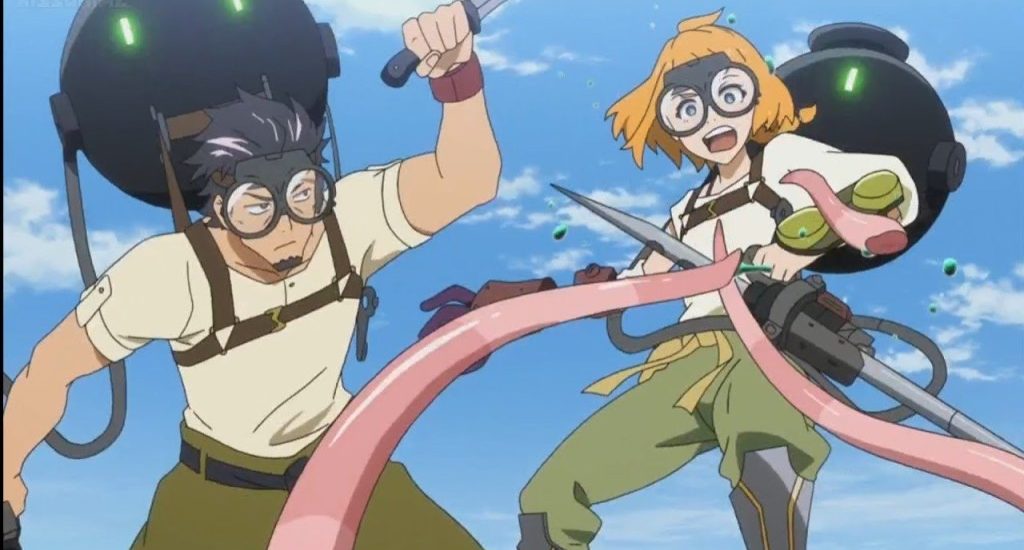 Wit Studio’s ‘Attack on Titan’ played a crucial role in popularizing the post-apocalyptic sub-genre in anime. With its immense success, many anime creators started drifting their attention towards the sub-genre. That’s the reason why we’ve seen so many similar post-apocalyptic anime in recent years. Initially, it was believed that ‘Deca-Dence’ intends to tread a same path. However, although it does pick on some common tropes and concepts of the genre, ‘Deca-Dence’ is very different from ‘Attack on Titan.’

With its fluid animation, plot developments, and underlying themes of capitalism and socialism, ‘Deca-Dence’ has surpassed everyone’s expectations. Not to mention, even its use of CGI is surprisingly better than most action anime out there. Those who have been following ‘Deca-Dence’ all this while will know that its first season has now come to an end. So if you happen to be a part of the anime’s huge fan base and you’re wondering when its next season will come out, we have you covered in the section below.

Deca-Dence Season 2 Release Date: When will it premiere?

‘Deca-Dence’ season 1 premiered on July 8, 2020, and with a total of 12 episodes, it finished airing on September 23, 2020. Initially, many anime viewers compared it with ‘Attack on Titan‘ because of its similar post-apocalyptic setup. However, as the anime progressed, viewers realized that it has its own unique plot points, character developments, and themes. As a result, ‘Deca-Dence’ became one of the most viewed anime of the season and also acquired a fairly average rating on most anime platforms and forums. So if we solely consider its popularity, ‘Deca-Dence’ seems to have a good chance of getting renewed for another installment.

Before ‘Deca Dence,’ Nut Studio was only known for creating renowned Isekai anime ‘Youjo Senki,’ which became widely popular after its release and even received above-average ratings on most platforms. But despite its popularity and success, the studio only released a sequel movie after its first season. So it is a possibility that Nut Studio isn’t too keen on releasing new installments of its anime just yet. However, if the studio does go for a season 2 of ‘Deca-Dence,’ the creators of the anime won’t have to worry about keeping up with any source material since ‘Deca-Dence’ is an original anime.

All things considered, it is possible that we may never see more of ‘Deca-Dence.’ But ultimately, it will come down to the anime’s overall viewership and rating on Funimation. No official announcements regarding its release have been made yet. But if we get any news about its renewal in the future, we’ll update it here. In an unlikely scenario, if it gets renewed, we can expect ‘Deca-Dence’ Season 2 to release sometime in 2022.

You can watch the first season of ‘Deca-Dence’ on Funimation and Hulu with its original Japanese audio and English subtitles.

Read More on Anime Preview: When Will Fruits Basket Season 3 Come Out?