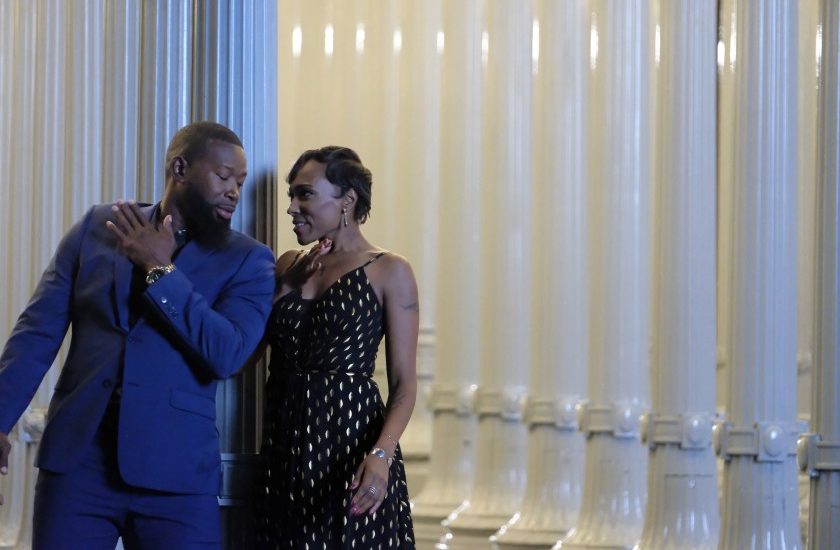 ‘Flirty Dancing’ is the American version of the eponymous British reality show, which premiered with its first episode on December 29, 2019. The show is about the synchronization of movements that can lead to matched body rhythms and finally, love.

The participants, unknown to each other, and without even speaking to one another, perform in a choreographed dance number, where they learn a part of the performance in advance. Described as a throwback “to an older time, where people would see you from across the room on a dance floor, ask you to dance, and the chemistry that you felt there could be the spark that created a romance,” ‘Flirty Dancing’ tries to showcase how the art of dancing can be used to forge meaningful connections.

Anyone, on his quest for love, is paired with two potential matches — and he/she chooses who he/she wants to go on a date later. Hosted by Jenna Dewan, ‘Flirty Dancing’ is all geared up for its next episode. Let’s see what the upcoming episode holds for viewers.

Flirty Dancing Season 1 Episode 2 Release Date: When Will It Premiere?

If you don’t have cable, you can live-stream the aired episodes on Fox through any of your devices — your computer, phone, Roku, Fire TV, Apple TV — via any of the streaming subscription services, including FuboTV, AT&T TV Now, Sling TV, and Hulu With Live TV.

‘Flirty Dancing’ season 1, episode 1 is titled ‘Octavius and Erin’. Octavius is a performing arts teacher with good dance skills. He tells host Jenna that since he has a big stature, women usually find him intimidating and he wants to use this opportunity to express his fun, romantic side. He is paired up with two women, Megan, an upcoming barber, and  Marymarie, a fashion stylist.

Octavius and Megan are given four days of rehearsal with Emmy award-winning choreographer Tyce Diorio, where they individually learn the art of a short dance number. On Dance Day, they land in the Grand Park in Los Angeles and perform on the planned routine. They do well and after they finish, the duo parts ways.

Next, Marymarie learns that she needs to perform to an acoustic, sensual version of “I Wanna Dance With Somebody” by Tyler Ward. She pairs up with Octavius and their performance is packed with chemistry — with Octavius giving Marymarie his jacket before they separate. Toward the end, Octavius chooses Megan and they have a normal, comfortable second date.

Next up is Erin, a 21-year-old hairstylist, who is highly insecure of her squeaky voice. She is first teamed up with a real estate developer, Brandon. Erin receives her training from choreographer Travis Wall. Erin and Brandon then perform at The Hollywood Bowl and they really seem to be drawn to each other.

Erin’s second partner is the 25-year-old music composer Alec, who is tasked with creating a musical intro to start off the routine, alongside an orchestra on stage. When they dance together, it is full of passion and Alec and Erin appear to be totally into one another. And we were not surprised when Erin chooses Alec for her date.