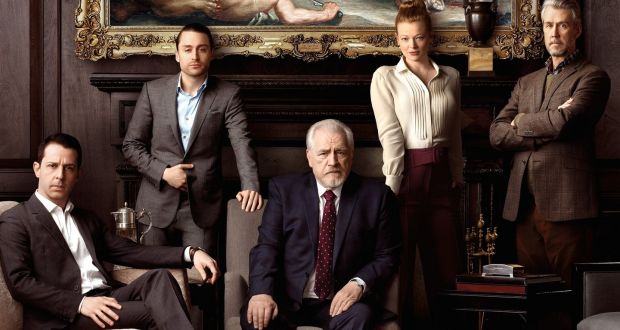 Created by Jesse Armstrong, satirical comedy-drama ‘Succession’ is one of the shows helping HBO maintain its small-screen supremacy in the post-Game of Thrones world. It premiered in June 2018 and has since received numerous awards and nominations, including an impressive 18 Emmy nods for its latest season. The series centers around the Roy family, the media moguls who own the Waystar Royco conglomerate. After the family patriarch’s health begins to deteriorate, his four children realize that it is the right time for them to secure their positions within the company. Two seasons of the show have aired to date, each composed of 10 episodes. After the last season ended on a nail-biting cliff-hanger, the fans are eagerly waiting for any news on the upcoming season. Here is what we know about it.

In a recent interview with Variety, Armstrong revealed that they’re planning to start filming for the next season in New York before Christmas this year. However, he went on to add that no final decision has been made on the matter because of the pandemic. He also admitted that though he has more time in his hands now, it is not necessarily translating into him getting more work done. “We are letting the work expand to fill the acres of time we’ve suddenly found. I’m probably making no more progress than if I’d had six weeks instead of the six months that we’ve had,” he stated.

If everything goes as planned, ‘Succession’ season 3 will release sometime in 2021.

Succession Season 3 Cast: Who can be in it?

In March 2020, veteran actor Mark Blum, who portrayed a minor character in two episodes of season two, passed away due to complications related to COVID-19. The rest of the cast is likely to return for the next season.

Succession Season 3 Plot: What can it be about?

Logan’s children often accuse him of loving his business more than he loves any of them. Once a ruthless and influential business owner, his health is gradually declining. Sensing this, all his children start vying to be his successor. But the old man is not done with the world of business yet and still able to teach his children a trick or two. In the final episode of the second season, Kendall, who is supposed to take the fall for a major scandalous incident involving the company, goes against Logan’s explicit instructions and reveals that his father knew about the misconduct. The last scene shows Logan watching Kendall’s statement on television, with a mysterious smile on his face.

As Kendall seems to have finally grown a spine to disobey his father, this will probably be explored in the next season. The final episode also shows Tom admitting to Siobhan that he is not happy in their marriage. This is important. Siobhan not only cheated on him with Nate Sofrelli, but also told him that she wants an open marriage on their wedding night. Their relationship is going to take a drastic turn in the upcoming season.