When Will Young Wallander Return to Netflix? 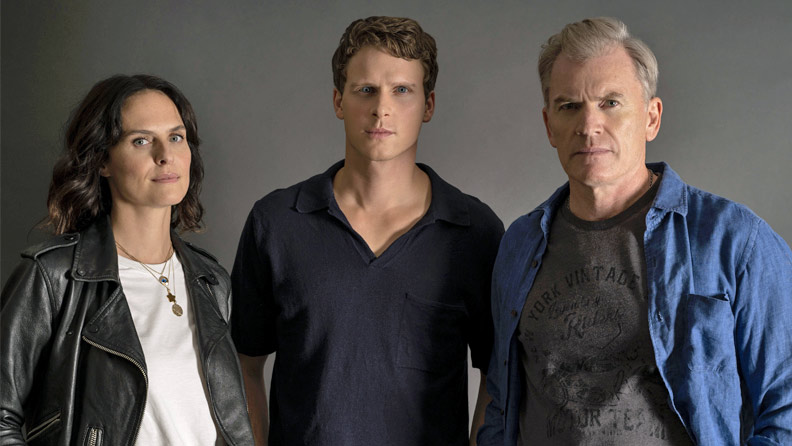 Netflix’s ‘Young Wallander’ is the latest addition to the long line of films and TV shows that have been made on Swedish author Henning Mankell’s popular character. As the title suggests, the show depicts Kurt Wallander in his early 20s, long before he became the cranky and ragged opera-loving alcoholic that we have come to know and love. Interestingly, writers Benjamin Harris, Jessica Ruston, Anoo Baghavan, and Ben Schiffer have decided to set the series in contemporary Sweden, with a heavy focus on the immigration issue. While this might attract young viewers, it can turn away the people who have been fans of the franchise for decades. With season 1 receiving mostly positive reviews, you must have been wondering whether there will be a season 2. Here is what we have been able to find out about it.

Young Wallander season 2 Release Date: When Will It Premiere?

‘Young Wallander’ season 1 premiered on September 3, 2020, on Netflix. It has 6 hour-long episodes. As far as season 2 goes, here’s what we know. Kurt Wallander is a legendary literary character, with a dozen novels in the series. So we know that that there isn’t a dearth of stories if makers want to continue Wallander’s arc further. Unfortunately, no official announcements have been made so far. But considering Netflix’s track record of supporting projects that they believe have a lot potential, and the show’s more-than-decent ratings, ‘Young Wallander’ is very much likely to go back into production for another season. If that happens, ‘Young Wallander’ season 2 will probably release at some point in Fall 2021.

Young Wallander season 2 Cast: Who Is in It?

‘Young Wallander’s cast is a mix of Swedish and British actors. Adam Pålsson, most known for portraying late singer-songwriter Ted Gärdestad in the biopic ‘Ted: För kärlekens skull’, plays the titular character. Ellise Chappell stars as Mona, Wallander’s eventual ex-wife. Yasen Atour is cast as Reza Al-Rahman, Wallander’s longtime friend and fellow officer. Richard Dillane and Leanne Best portray superintendent Hemberg and detective Frida Rask, respectively. Charles Mnene essays the role of Bash, a gangster. Jacob Collins-Levy and Alan Emrys play Karl-Axel and Gustav Munck, heirs to a wealthy and influential family. Most members of the cast are likely to return in season 2, except for Dillane, whose character is killed off in the season 1 finale.

Young Wallander season 2 Plot: What Is It about?

In the pilot episode, Wallander unsuccessfully attempts to save a white, Swedish teenager with a grenade taped into his mouth and the Swedish flag painted over his face. As the kid dies in a predominantly immigrant neighborhood, it sets off country-wide anti-immigrant protests. Wallander teams up with Dillane and Rask to find those responsible, and discover that the root cause of it is something completely different than what they had initially thought. The Munck family patriarch has decided to make his younger son Gustav his heir over his oldest Karl-Axel. As Gustav is widely respected for his pro-immigrant philanthropic activities, Karl-Axel orchestrates various incidents, including the one with the Swedish teenager, to turn the opinion of the country against the immigrants. As it will inevitably affect the family’s company’s stocks because of Gustav’s association with the issue, he hopes that it will show their father how incapable his younger brother is of running the company. Ultimately, their father doesn’t change his decision, prompting Karl-Axel to make arrangements to kill his brother.

In season 2, the relationship between Wallander and Mona might get explored, as the two have begun dating in the season 1 finale. The older Wallander has always been disgruntled about his job as a police officer but remained with the force for most of his life. Expect his younger version to return to the department at some point. He might also continue investigating Karl-Axel.

Read More in season preview: When Will Borgen Return to Netflix?