Where Are Alex and Sierra Now? 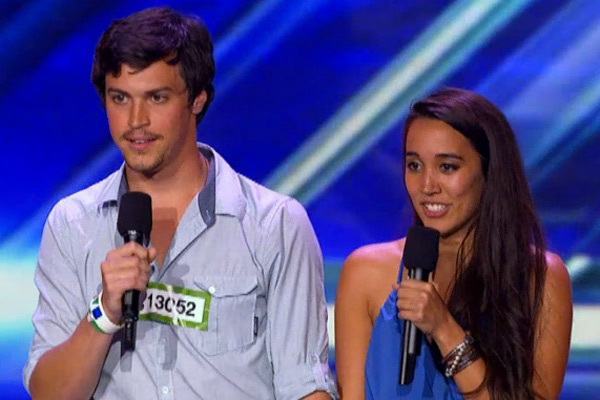 In an age where reality television shows drop faster than you can get used to their drama, some might not remember Alex and Sierra at all. However, the duo has left an indelible impact on fans, who followed them in the third and final season of ‘The X Factor US’.

Mentored by Simon Cowell, they became the first and only couple to have won the American version of the show. Alex and Sierra won hearts, not just with their performance, but their love story as well. After winning on the show, they launched their music careers together. However, soon enough the couple split up, as performers, and lovers.

From holding hands during performances to going their separate ways, you might be wondering about why Alex and Sierra broke up, and where they are currently, in their lives. We have got you covered in that regard.

Alex Kinsey and Sierra Deaton won the competition together in 2013. They were signed by Columbia Records and released their debut album “It’s About Us” in October 2014. Having met on a beach in Florida in 2009, they continued their relationship for the longest time. However, they split up in 2016, as romantic partners.

Their split as artists came in 2017. While Columbia Records dropped Alex and Sierra in July 2015, they went on to release an EP titled “As Seen on TV” in September 2016. When Alex and Sierra went their separate ways, they posted a heartfelt message for their fans, which you can check out below.

Despite them choosing to split up and go their own ways, completely, there is no animosity between the two, or bitterness over the breakup. They happen to remain friends and have launched their individual careers as artists.

Where is Alex Now?

After ‘The X Factor’, Alex has admitted that he has not been in touch with mentor Simon Cowell, and has spoken to him one time. He has also gone solo after splitting from the Alex and Sierra act, which won hearts all over the world. Speaking of going solo, Alex has recounted that it is somewhat of a terrifying prospect.

He said that people usually find comfort in having another opinion when it comes to art. Alex has a solo EP titled “Party Of One”, which mixes edgy indie music, and moody pop. It debuted at the iconic hotel cafe at Los Angeles on June 6, 2019.

Before this, he launched a single, titled “Simple”. This marked the start of his solo career, and the song was released under his own label, Kinsey. As is evident from Alex’s Instagram page, he is still focused on his music career and is now on Spotify as well. You can check out his latest post, where Alex traces his own journey as a musician.

I used to play music… I still do… But I used to too.

Where is Sierra Now?

Sierra is an exciting artist to watch out for as well. However, she is not just known for her singing but happens to be a professional dancer as well. Apart from being an Irish dance professional, with international titles, the multi-cultural (Vietnamese and British) woman is skilled in ballet, hip-hop, contemporary, tap and jazz dancing. Sierra can also play the piano. In fact, you can check out a picture of Sierra playing the piano, below.

eighty eight keys. one you. 🎹

When it comes to their love lives, not much is known about Alex. However, we do know who Sierra is dating. Currently, she is with Luke Hemmings, who she started seeing in 2018. This was the same year that Sierra released her solo single, “Don’t Hurt”. In September 2019, the 5 Seconds of Summer vocalist had to hit back at a fan, who was trolling his girlfriend.

Sierra’s face was compared to a duck’s, which prompted Luke to warn his fans to be kinder to each other. Luke’s bandmate Calum Hood also made it a point to defend the two, saying Sierra is a ‘beaut’. Notably, Sierra and Luke decided to make their relationship public, back in August 2018, sharing a backstage snap after a show by 5 Seconds of Summer.

You can check out a post shared by Sierra in 2019, where she raves on about her love for Hemmings.

there aren’t enough words to articulate how much i love every ounce of the being you are. lu, thank you for being my rock through hell or high water, but mostly for telling me everything i cook is the greatest thing you’ve ever tasted lmao. happy birthday to my very best friend. my soul mate. i love you forever 💜

Thus, while Alex and Sierra did have a great relationship together, there is no denying that they have gone their separate ways, and found their own happiness, be it in the professional, or personal sphere.