Where Are Andrew Sadek’s Parents Now? 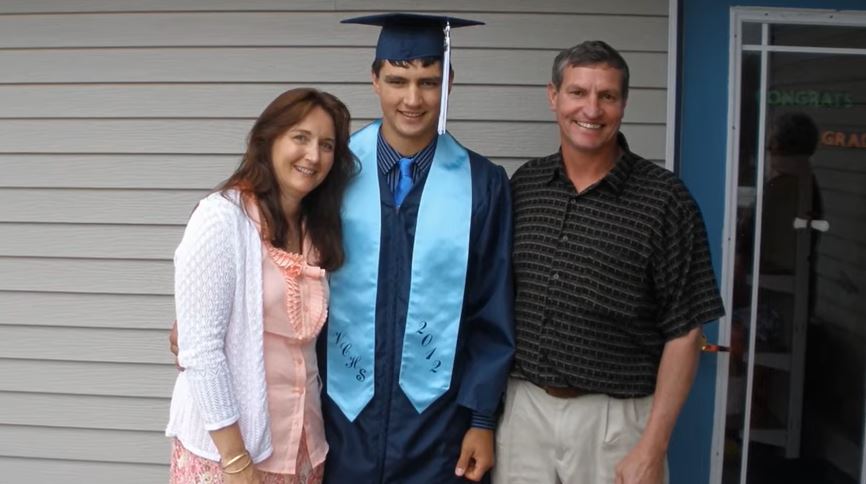 ‘The Dakota Entrapment Tapes’ chronicles the death of Andrew Sadek, a 20-year-old student at the North Dakota State College of Science in Wahpeton, who mysteriously disappeared on the morning of May 1, 2014, only to be found lifeless in the nearby Red River almost two months later. It explores his double life as a confidential informant for a local multi-jurisdictional law enforcement task force and the possible involvement of the college campus police in his death.

In short, this true-crime documentary is an emotional tale, especially with Andrew’s parents making an appearance and sharing their efforts to find the truth behind what happened to their son. Now, if you’re here because you’re curious to know more about them, read on!

Who Are Andrew Sadek’s Parents?

The Sadek family are farming folk who have always lived a life that is “both calming and stressful” on a cattle ranch bordering a lake just outside Rogers in Barnes County, North Dakota. But this family, which used to consist of two kids and their parents, is now only survived by the adults – Tammy and John Sadek. The couple had two sons, Nicholas and Andrew, but while they lost the latter in 2014, their firstborn was taken away from them in 2005, in an unexplained accident on a level crossing.

However, while Tammy and John know for sure that Nicholas’ death was by misfortune, they have never really found out the truth behind Andrew’s passing. All they know for sure is that his body was found submerged in the river with a gunshot wound to the head. Tammy and John have since made it clear that although the university campus police ruled Andrew’s death to be by suicide, they don’t believe that verdict for even a second. After all, they knew their son better than anyone else and could state for sure that he had no suicidal tendencies.

They backed this up by saying that Andrew left behind no note and was happy with his life. He had a girlfriend and excelling grades in his studies, in a major that was of his choosing. Andrew wasn’t depressed or troubled in the slightest, so why would he suddenly take his own life? Tammy even revealed that the campus police had promised to search the river for Andrew as soon as it’s levels went down, which they never did, making her question if they were even capable of handling the case.

Where Are Andrew Sadek’s Parents Now?

To this day, even more than six years later, Tammy and John Sadek, residing in Fargo, are fighting to get answers to give their son some much-deserved justice. They have created a Facebook page for him, wherein they post information about the case, along with every update, as a way to prod authorities to investigate Andrew’s death seriously and see that all the evidence points towards murder. “The fact that a backpack with rocks was tied to him and he was wearing a jacket that I didn’t recognize, kind of still leads me to, somebody else did this,” Tammy said.

As a CI, which his parents didn’t even know about at the time, Tammy says that Andrew must have been under a lot of pressure, but it still isn’t enough to convince her that he’d kill himself. On behalf of Andrew, Tammy and John were also seeking a trial in a wrongful death lawsuit against Richland County and one of its sheriff’s deputies. However, after they filed a motion for it, which went before the North Dakota Supreme Court last November, on September 15, 2020, it was dismissed.

In the ruling, the judge said, “Due to the lack of available evidence to suggest how, when or even where Andrew Sadek died, a conclusion that his death was proximately caused by Defendants’ acts or omissions would be based on speculation.” Even though the couple is hurt by this decision, they are still grateful that at least some changes have been made. In 2017, a law called Andrew’s Law was passed, which put in place new protections for CI’s, including law enforcement having to notify them of their right to speak to an attorney. (Featured Image Credit: The Dakota Entrapment Tapes)