Where Are Betty Broderick’s Children Now? 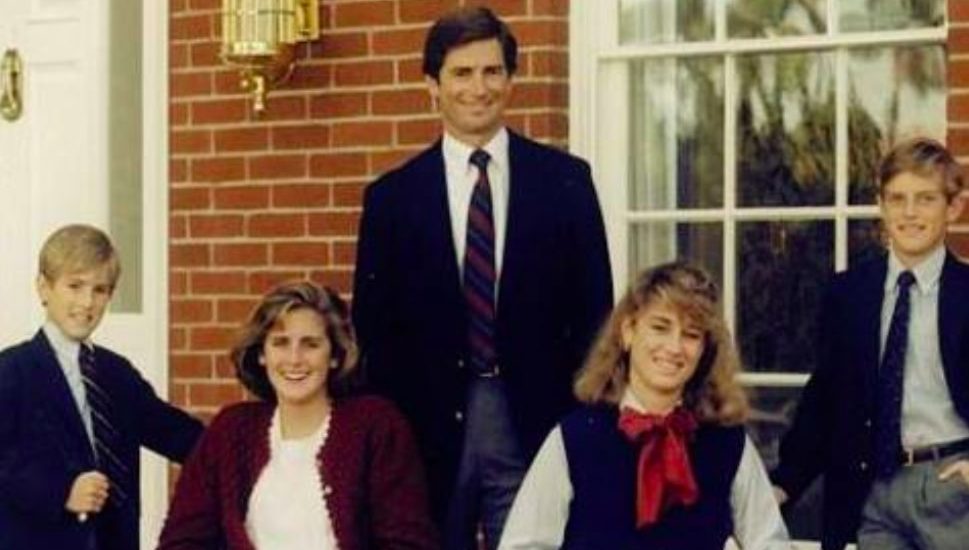 ‘Dirty John’ Season 2 is a dramatic pitch of Betty Broderick’s involvement in the murder of her ex-husband, Daniel Broderick, and his wife, Linda Broderick. While Betty Broderick was convicted for both the murders, one cannot help but recall the TV justice she got when she was interviewed by Oprah.

Betty Broderick came to represent all the women raised in patriarchal homes to love and be an ideal homemaker. But when Betty’s husband, who she had devoted 16 years of her life to, chose another woman over her, she was driven to a rage that ended in murder. However, people’s sympathy for her has seen a dramatic dip as she still doesn’t show much remorse for the crimes she committed.  Her children, Kim Broderick, Rhett Broderick, Lee Broderick, and Daniel Broderick Jr., have over the years expressed their concerns, support, and disdain for their mother in varying degrees. While some of them hope that she gets out of prison, it is not a shared mutual feeling for the others.

Who is Kim Broderick?

Kim Broderick is the eldest of all her siblings. Kim has testified in her mother’s trial, in which she narrated her mother’s change in behavior since her father got involved with Linda Broderick. Kim was 21 years old when she testified for the trial. She said, “Sometimes, she was a great mother, and other times, she was a terrible mother.” She also spoke about the obscene phone calls she made to Daniel Broderick.

She also wrote a book about her mother, titled, ‘Betty Broderick, My Mom: The Kim Broderick Story.’ In this, she narrates her struggles, and that of her siblings as their life changed for the worse when their mother became obsessed with vengeance and caused the untimely death of their father. In the parole hearing of her mother, in 2010, Kim said that it is better if her mother stays in prison. She has constantly refused to write letters that would help Betty get a parole release.

Where is Kim Broderick Now?

At present, she lives in Hailey, Idaho. Based on her Facebook profile, she seems to be well connected with her siblings. She also posts several family photos, from get-togethers to graduation celebrations.

Cousins —-apart too long! Adore our girl squad and love having the band back together 🎓❤️🦈👏🏻🥰🍦#lifeisbetterwithyou #familyties #broderickchicks #reunitingfeelssogood

Who is Rhett Broderick?

Rhett Broderick is the youngest in the family. In the past, in an interview with Oprah, he said, “On multiple occasions [my brother and I] went to my dad and said to him that we wanted to live with my mom and that not having her kids was driving her crazy—and that she could do something extremely irrational if she didn’t have us.” Rhett was quite young when his father was killed by his mother, and as a result, he said that he was ‘shuffled’ between relatives and was even sent to a boot camp because he was a rebellious child.

It apparently took him some years to learn that ‘you are your own’, person. Rhett also believes that his mother is not really a threat as people think of her. He also believes that she should be allowed on parole. He said, “She’s a nice lady. Everyone here would like her…if they spoke with her on any topic other than my dad. Keeping her in prison isn’t really helping her.”

Where is Rhett Broderick Now?

Rhett Broderick, too lives in Hailey, Idaho. He is married to Veronica Noffke. While his Instagram account is private, we can see that he is now a proud father based on his Twitter page.

He also tweets on several social issues. He is very much a part of his siblings’ lives.

Who is Lee Broderick?

Lee Broderick is the second child of Betty Broderick, who also believes that her mother should be given a chance by being let out of prison. Lee also testified on her mother’s behalf during the case hearing.

She said that her dad had a temper that invoked fear. She also said that he would often call Betty “crazy, sick, and disgusting.” In one of the statements given, she talked about how her father would describe her mother. She stated that her mother was called, “fat, disgusting, beastly, the beast, the monster, on the rampage…” Seeing this aspect of her mother’s marriage, Lee believes that her mother deserves a second chance.

Where is Lee Broderick Now?

Lee Broderick calls La Jolla her hometown but presently lives in Hailey, Idaho. On her Facebook page, there are several throwback pictures of her siblings, some of them with their father.

Who is Daniel Broderick Jr.?

Daniel Broderick Jr., like his sister Kim, is of the opinion that his mother should not be released from prison. In fact, he revealed how he had endured a lot of hardship, making sure he was doing the right things when it came to his siblings. He even testified for the prosecution in his mother’s trial.

Where is Daniel Broderick Jr. Now?

Daniel Broderick Jr. chose to stay back in La Jolla. He is married and works as a regional managing principal for Cushman & Wakefield.