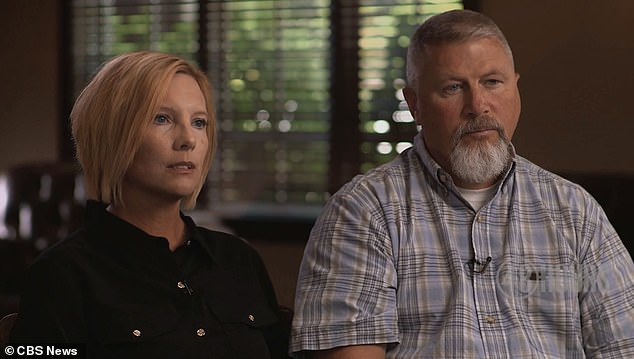 Brooke Skylar Richardson is a name that was made known in the worst of ways in 2017 when she was accused of killing her own daughter and burying her in her backyard. After that, what ensued was a myriad of speculation and harassment that turned the whole world of the Richardson family upside down.

Who Are Brooke Skylar Richardson’s Parents?

Kim Richardson and Scott Richardson have spent almost all their lives in Carlisle, Ohio, a small town in the US, which has a population of just 5,000. They are the parents Brooke Skylar, who now goes by just Skylar and Jackson Richardson. Although they had their small familial troubles like every other family, they were quite happy.

They had regular jobs, and their kids excelled in school. While Jackson played in the football team, Skylar was a cheerleader. Their only major concern in life was their daughter’s well being because of her eating disorders. Struggling with anorexia and bulimia since she was 12, Skylar was tiny. Her parents took her to doctors, therapists, and even nutritionists, but she was diagnosed with body dysmorphia, and nothing helped.

In 2017, when the 18-year-old high school senior and cheerleader was gaining weight because of her pregnancy, everyone, including Kim and Scott, assumed that it was because she was getting better and eating more. Skylar herself didn’t know that she was pregnant until she was eight months into it, so she couldn’t have possibly told anyone about it.

When the whole news about Skylar and her child broke out, Kim and Scott only talked to Erin Moriarty for CBS’s ‘48 HOURS.’ They said that their life is now Purgatory, not because of what happened, but because of people’s reactions to it. On the show, they were honest, they were real, and they never shied away from telling the truth.

Kim Richardson referred to the whole experience as her worst nightmare. “We’re followed, stalked, harassed,” she said. “Facebook, to me, turned into Hatebook.” And it’s true because there were a number of public pages that talked about her daughter and her family, suggesting that justice would only be Skylar’s death in the most horrific ways. The media for the family was their worst enemy.

Brooke Skylar Richardson’s parents are still living in their hometown and trying to move on from their past. Kim and Scott’s courage, determination, and belief that their daughter did nothing wrong helped them help her during her trial for murder. And in September 2019, they all gave a sigh of relief when she was found not guilty. Annabelle, Skylar’s stillborn daughter, was laid to rest in a private ceremony after the trial was over as well.

In their local interview with The Enquirer, the couple admitted that things are looking up for them now and that people are starting to treat them nicely again. They are being shown support from their community, and even their local church stands behind them. “And now people are beginning to smile at us,” Kim said. “It’s better now.”

The Richardsons are now closer than ever as a family because of what happened. They are slowly but surely all working together to make progress and move on from their grief.