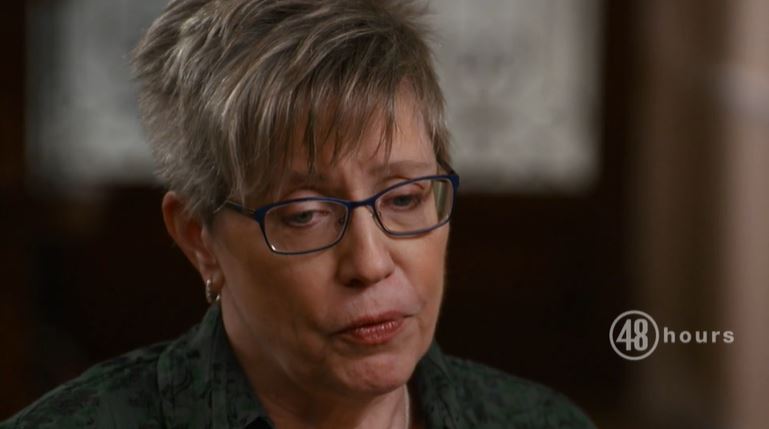 CBS’s ’48 Hours: The Final Hours of Cayley Mandadi’ tells us the tale of the life and death of a 19-year-old college sophomore, and how she lost her life after attending a music festival with her then-boyfriend, 22-year-old Mark Howerton. Cayley, a Trinity University student, died of head trauma on Halloween 2017, after falling unconscious while in a car with Mark days before. He was tried for her kidnapping, sexual assault, and murder last year, but the jury failed to reach a verdict. However, Cayley’s parents, especially her mother, who is featured in this episode, have full belief that they know who killed their daughter.

Who Are Cayley Mandadi’s Parents?

[cross-post] Every once in a while, a photo that I did not know existed (or totally forgot about) will pop up in…

Cayley Mandadi is the only daughter and child of Talik Mandadi and Alison Steele. By 2017, even though her parents were no longer together, she never felt the loss of love and affection from either of them. In fact, she was so close to both that she spoke to them almost every day. Cayley’s father, Talik, testified to this in 2019, during Mark’s trial. He got emotional during it, but he said that the last time that he herd his daughter’s voice was on October 27, two days before she was rushed to the hospital. “We made a commitment to talk every day,” he said. “So she called me that Friday. I was very tired so I said let’s talk on Saturday. Let’s go through your next semester and she said yep. I was worried, concerned, frustrated because I was looking forward to talking to her.” Unfortunately, that never happened.

Cayley’s mother, Alison Steele, on the other hand, can only recall her first thoughts of when she saw her daughter’s near-lifeless and bruised body at the ruler-hospital in Kyle, Texas, on October 30. She said that she walked into Cayley’s medical room, saw her extensive injuries, and immediately wondered if she had somehow fallen from a plane or was thrown off from a bridge – because that was how battered she was. “Even the most explicit television shows don’t show you what I saw that day,” she said. Cayley was declared brain dead soon after, and just one day later, she was taken off life support, leaving her parents to deal with the loss of their one and only loving child. Although Mark maintains his innocence, Alison, to this day, still believes that he raped and murdered her daughter because she rejected him.

Where Are Cayley’s Parents Today?

The moment I will always remember from yesterday’s outreach event, and the person who kept me the most honest, was a…

Alison Steele, residing in Houston, Texas, is spending her days by working towards getting her daughter some much-deserved justice. Along with that, she is helping others like her attain some peace and closure as well. She does this via Justice for Cayley, a non-profit, charitable, victim’s advocacy organization that she formed in the memory of her daughter. On the Facebook page for this organization, it is written, “We will not discuss matters relating to any specific criminal or civil issue here.” And, the pinned post also states that “Cayley would be pleased to know that we are doing our best to make the world a better place in her name.”

Among all this, Alison is also trying to get the state of Texas to expand on its Amber Alert system, believing that if it had been made readily available to her daughter, she would still be alive. It was common knowledge that Cayley’s relationship with Mark was tumultuous and marked with violence and control issues, so Alison knows that a system like this would have saved her life. Therefore, to make sure that no one else goes through what her family went through, she has an outreach program with CLEAR Alert by the name of Cayley’s Calling. Coming to Talik Mandadi, unfortunately, we could not find any information about where he is now or what he is up to.