Where Are Crystal Cortes and Kristopher Love Now? 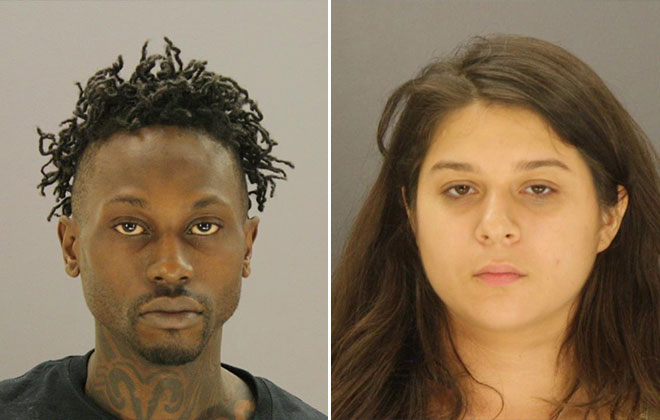 ‘Dateline’ is one show that fans of true crime are all too familiar with. The well researched and detailed reports often bring to surface some rather gruesome crimes to ever have transpired in the country. In ‘10 Minutes of Sunset,’ the homicide of a dentist is explored. The murder-for-hire plot was orchestrated by the victim’s boyfriend’s ex, and in this article, we take a look at where the accomplices are today.

Who Are Crystal Cortes and Kristopher Love?

Before we discuss the accomplices, it is imperative to take a look at the jealousy-fuelled slaying of the dentist based out of Dallas. The story goes all the way back to 2011 when Ricky Paniagua moved to the Lone Star State to complete his residency in dermatology at the University of Texas Southwestern Medical Center. He was enamored by Brenda Delgado and her life ambitions, especially since they both hailed from not so secure financial backgrounds.

By August 2012, Brenda and Ricky had moved in after knowing each other only for three months. Although she was pregnant with their child, she eventually chose to move forward with an abortion. Plus, he had also given her a promise ring. So to say that both of them were serious about each other would not be wrong. However, they had broken up in February 2015, and Ricky began dating a 35-year-old pediatric dentist, Kendra Hatcher, by May.

Things moved really fast between them, and the dermatologist said, “We just were really in sync right from the get-go.” In fact, the couple even went to San-Francisco to meet Ricky’s parents, something that Brenda never had the opportunity to do. So, engulfed with jealousy and all sorts of negative emotions towards Kendra, Brenda decided to take matters into her own hands. She approached a 23-year-old single mother named Crystal Cortes, who was friends with the culprit’s former roommate.

Cortes recalled, “She said that Kendra was the reason that Ricky had stopped paying her attention and wasn’t taking care of her. She said, ‘I’m going to eliminate Kendra. I can’t deal with it anymore.’” For her help, Cortes was offered $500, which she accepted since she had a child to look after. The two women then embarked on a mission to find a man that had experience with a gun and could shoot Kendra. Their search eventually brought them face to face with Kristopher Love, a 31-year old father who sold marijuana to earn some money.

Love had been in trouble with the law ever since his teenage years. Some of the charges he was convicted of were aggravated assault, aggravated robbery, and burglary of a residence. In fact, he had even told a friend that he wished to start a prostitution ring but needed seed money. Taking advantage of this, Brenda lied to him about having connections to a cartel and offered him drugs and money as a form of payment. He had a .40-caliber Smith & Wesson pistol, with which he eventually shot Kendra.

On September 2, 2015, Brenda had borrowed a black Jeep from her friend, Jose Ortiz, who owned an auto repair shop. Then, Cortes dropped the scorned ex-lover off at a public library since she had a study date with a classmate. After Kendra finished work, Cortez and Love followed her in the Jeep and shot her at the back of her head in the parking garage of Gables Park 17, where the victim lived.

Where Are Crystal Cortes and Kristopher Love Now?

Jose told Eric Barnes, a veteran Dallas Police homicide detective, that he had loaned the black car to Brenda. When Cortes was brought in for interrogation, she accepted that she was behind the wheel. She made up many stories as to why she was present there and then went on to say that an unfamiliar man named Lamar had forced her to drive there at gunpoint to rob Kendra.

However, Cortes eventually stated that Brenda had paid Lamar and her to rob the dentist and feigned ignorance about the murder plot. Nonetheless, she was arrested on charges of capital murder, and her phone records revealed that she was frequently communicating with Love in the days before the murder. He, too, was arrested after the police found the murder weapon in his car. Kevin Brooks, the lead prosecutor, offered Cortes 35-years behind bars in exchange for her testimony about Brenda and Love’s involvement in the crime. She accepted and confessed to the cops.

Cortes explained that her sick mother had come to the jail to visit her – “She said that she was disappointed in me. She raised me better.” Talking about the past, the indicted said, “I was foolish. I was young and simpleminded. I got caught up in the excitement.” As for Love, his siblings testified that he was a great father and his father even apologized to the victim’s family: “I’m so sorry to the family back there. I’m so sorry, y’all.” As expected, Love was found guilty on charges of capital murder and was given the death penalty. Presently, he is on Death Row as inmate #999614 in Texas.