Where Are Dianne Hart’s Children Today? 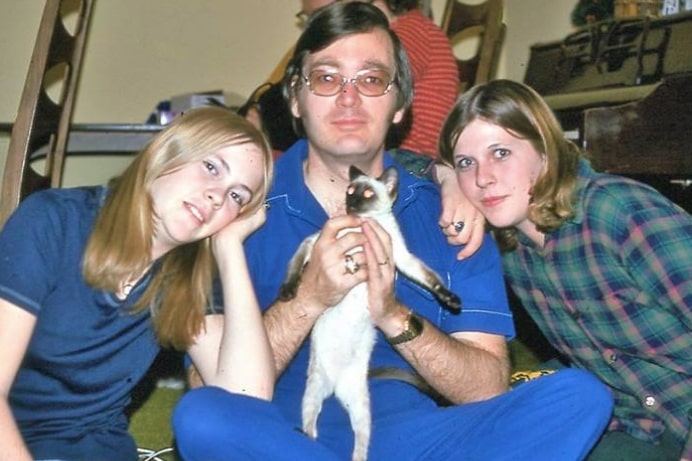 ‘American Monster‘ is a fantastic show on Investigation Discovery, that makes us face the truth that our neighbors could be cold-blooded killers. In the episode “Who Am I,” the story follows Donnie Rudd, a man who built a life of lies. Somewhat of a serial womanizer, Donnie’s actions have hurt everyone around him, some fatally, like Noreen Kumeta. However, Rudd has also left a terrible and lasting impact on the children of Dianne Hart.

Rudd started an affair with Hart, leading to both individuals breaking off their respective marriages. However, Donnie’s affection towards Dianne began to fade after a while, and he even cheated on her. Worsening matters, Dianne’s breast cancer returned. Her children convinced her to get away, but Donnie continued to haunt them. He threatened to put the IRS onto Terisa Davis if she didn’t give him the assets from Dianne’s death. Further, Rudd threatened one stepdaughter that he’d get her law license revoked, and told the other one that her CPA license would be taken away.

Ultimately, all three of them survived Donnie Rudd, who is now in prison. However, where are Dianne’s daughters today?

Where Are Dianne Hart’s Daughters Today?

Dianne’s daughters, Terisa Davis, Lori, and Cindy Hart, have written a book titled “Living With the Devil.” Cindy spoke about the book, saying, “My sister and I had been working on the book for more than three years, but we didn’t want to hurt the Arlington Heights police department’s murder investigation.” Although the book is a memoir that speaks about Donnie, it is dedicated to Dianne, who passed away from breast cancer in 1996.

Where is Lori Hart?

Lori practiced law in Illinois for over 20 years but finally moved to Peachtree City, Georgia. She lives there with her husband of over 30 years. Lori has two daughters, Amanda and Abby. Hart spends most of the time with them or traveling with her best friend and sister, Cindy. Apart from that, Lori advocates for affordable housing in Georgia and has spoken at the state and national level, at conferences, addressing the issue.

Where is Cindy Hart?

Cindy Hart or Mulligan is a real estate manager and a married mother with two sons. She is also a Certified Public Accountant and Certified Fraud Investigator. Hart has worked in the airline industry, where she’s investigated financial fraud, and provided testimony as an expert witness in civil and criminal cases. Cindy is a resident of Barrington and is well known in the community for various charitable events and as an enthusiastic tennis player.

Where is Terisa Davis?

Davis is a graphic designer and the cover designer of their memoir. Currently, she lives in Santa Cruz, California. Davis has worked for some top-notch ad firms in Texas. She brings a unique perspective as the step-sister to Cindy and Lori. Davis describes herself as a “seasoned creative professional with a passion for helping you enhance your brand.” She is skilled in “print and digital media, consumer behavior, brand awareness, and omnichannel marketing campaigns.” You can check out a picture she put up on sibling day, where you can also see Cindy and Lori.

I hear it’s siblings day and I’d like to give you a riddle to solve: there are 2 sets of natural siblings who are step siblings twice over. Each set of siblings has a half sister, but she is the half sister to all of them. If you can’t figure it out, don’t worry. I usually have to draw a diagram for folks. I love all 8 of them, they are such unique people and not one of us is alike. I’m very glad we were all jumbled together because they bring me joy. By order of age: Lori, Cindy, Jack, Glory, Louisa, Donisa, Terisa, Rocky, Jonni, but some names have been changed since childhood. It’s all part of the fun!

It seems that all siblings have built their lives. They have gotten a semblance of justice since Donnie is likely to spend the rest of his life behind bars. [Cover Picture Courtesy: Cindy Hart]