Where Are Fox and Rob Rich’s Children Now? 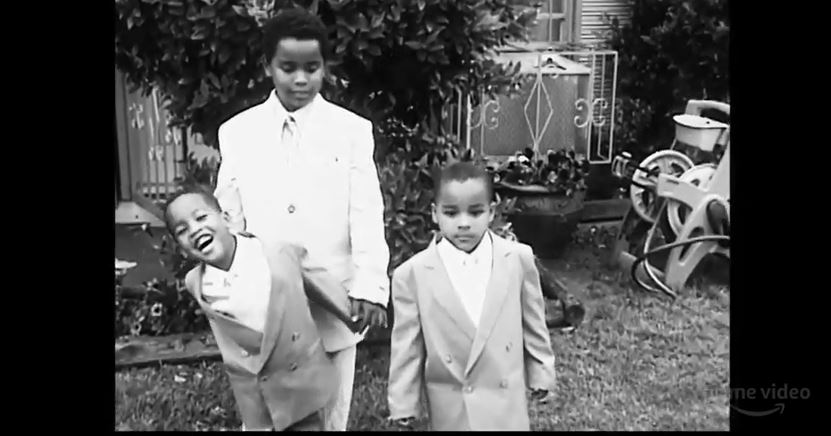 Directed by Garrett Bradley, Amazon Prime’s ‘Time’ is a beautiful, heartbreaking, inspiring, and yet haunting documentary that details the broken and harsh justice system of Louisiana. It follows Sibil Fox Richardson, also known as Fox Rich, as she pushes for the release of her husband, serving a long sentence for armed robbery at Angola prison, one of the worst in the United States. In September of 1997, the couple, in an act of desperation, tried to rob a bank, but when caught, they, of course, had to be punished. While Fox served a three and a half year sentence while pregnant with twins, Rob got 60-years without the possibility of parole. ‘Time’ is their story. But if you, like us, are curious to know what their twins are up to now, you’ve come to the right place.

Who Are Fox and Rob’s Children?

@timemovie Los Angeles Premiere—what a night! We thank everyone who has gone out to see our story. #wefightwewin

In 1997, Fox and Rob were already parents to 3 boys; Mahlik Shaquil Richardson, Remi B. Richardson, and Laurence Ellington Mathews Richardson. So when they were arrested, their kids were sent to live with relatives. However, when Fox was in jail on two counts of jury tampering, she realized that she wasn’t feeling too well. Finally, after a couple of weeks, the guards let her see an OB-GYN. During her appointment, while in shackles and handcuffs, with an armed guard beside her and another outside the door, Fox got an ultrasound which confirmed that she was pregnant again, this time with twins. She was over the moon, crying tears of joy, and that’s when she decided to fight for her family.

Fox gave birth to Freedom Fox Richardson and Justus Fox Richardson while in jail, with Freedom being the elder one. And soon, even they were sent to live with family. She reunited with all her kids in 2002, after being released, and she never let go again. To make sure that they felt the presence of both their parents, Fox got a cardboard cutout of Rob for their apartment, and they all constantly communicated with him via letters, phone calls, and prison visits. The twins later admitted that they used to lie whenever somebody asked them about their father. While Freedom said that he worked for the state, Justus always gave a business trip related excuse. So now that they don’t have to hide, they’re happier than ever.

Where Are Freedom and Justus Now?

When I made the decision to transfer from Tulane University to Loyola University New Orleans, I never would’ve fathomed all of the opportunities that would await me. What an absolute honor it is to have been elected as the next Student Government Vice President, and awarded one of my university’s highest honors— a Magis Award for Outstanding Sophomore of the Year. When walking in your purpose, faith is not only important but imperative. To the community that raised me, thank you for having faith in this small town kid with big dreams. This is for you, and this is only the beginning.

Freedom Fox Richardson, affectionately called “Brother President” by his family, has a leadership quality in him that remains unmatched. He has the ability to make friends and influence people of all ages, no matter what, which his extensive resume proves. Freedom has appeared in several movies and television commercials, including in the national ad for the unveiling of the Martin Luther King Jr. monument. Over the years, Freedom has also been involved in multiple plays, speaking engagements, and extra-curricular activities. In fact, at Loyola University, where he currently studies, he is the Student Government Association President.

As for Justus, well, after living quite a life in the public eye, where he gained a plethora of skills with respect to the film industry, becoming an award-winning videographer responsible for bringing his family’s story to the masses, Justus now prefers to live a quiet life. Just like Freedom, his experiences include having roles in films and advertisements, but unlike him, Justus apparently also worked as a model and music composer. In regards to his education, as per the last reports, he was enrolled at Tulane University, New Orleans, Louisiana. His Instagram, set on private, also shows that he is currently in a relationship with a woman named Alina.