Where Are Hodges Half Dozen Cast Members Now? 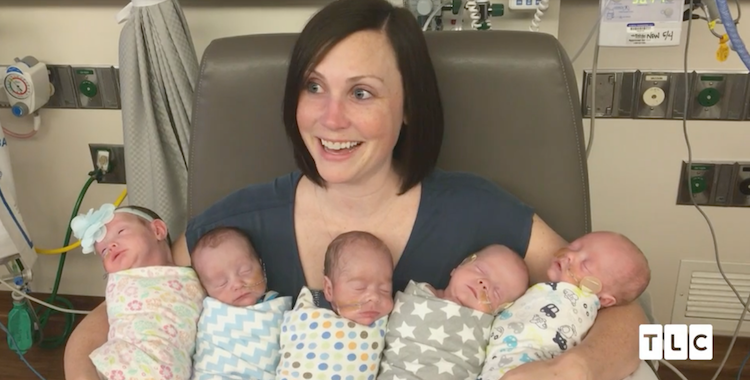 Liz and Daniel Hodges, the stars of TLC’s short-lived reality show, ‘Hodges Half Dozen’, are a couple from a small town in Texas who had always dreamed of a big family. Their wish became a reality and this surprising turn of events was nothing less than a miracle. Rowan, the husband-wife duo’s first child was conceived with fertility drugs. When Liz used the same medicine for a second child, the fam welcomed not one but five new members. The quintuplets — four boys and one girl –were born premature and had to be kept for quite some time in the neonatal intensive care unit. ‘Hodges Half Dozen’ follows the journey of this supersized family as they tried to adjust to the new normal.

However, in a surprising turn of events, the show, which dropped in 2017, spanned only one season — in spite of being received positively by fans. So what happened and where are the stars now? Read on.

Where Are The Hodges Now?

In 2017, Liz and Daniel Hodge became proud parents to quintuplets, Connell, Liam, Teagan, Nolan, and Dillon. Instantly, the fam of three (with their son Rowan) became an eight-membered clan. However, the journey was not easy and the entire ordeal was documented in the show. When we first met the Hodges in the series, Rowan was two years old and Daniel and Liz immediately became parents to half a dozen kids.

Liz’s contractions arrived earlier than the due date and she was rushed to the hospital. Connell and his brother Liam were born three months early on March 24, 2017. The couple left the hospital with their first two babies and of course, the newborns demanded extensive attention and care. Liz and Daniel, therefore, tried to best ensure that Rowan did not feel neglected.

The rest of the babies, Teagan, Nolan, and Dillon reached home in July 2017. Liz and Daniel’s mothers moved in to help but the chores were neverending, with five infants and a toddler. Liz was constantly exhausted with all the tasks and she missed some special moments amidst all the chaos. We also saw the couple potty training Rowan while taking care of the quints. Toward the end, we also learned that Connell was suffering from a risky health condition.

The show concluded in 2017. However, following the filming of season 1, in a sad turn of events, their eldest quint called Connell passed away in 2018. He was just 10 months old. As per reports, Connell had a compromised immune system and he died from meningitis.

Unfortunately, since this fateful incident, the Hodges have been away from social media. Even their Twitter handle is not updated since the show’s conclusion. What we do know is, the family is totally involved in bringing up their five kids. And as per an update from 2019, they are all hale and hearty. You can check out the post below:

The quintuplets are three years old now. Rowan is in his fifth year and is coping up well with the changes. But we do hope that the Hodges come up with a public update on their journey soon. Watch this space for additional news on the progress of this endearing family!