Where Are Lima Estrada, Lima Oliva and Mario Orantes Today? 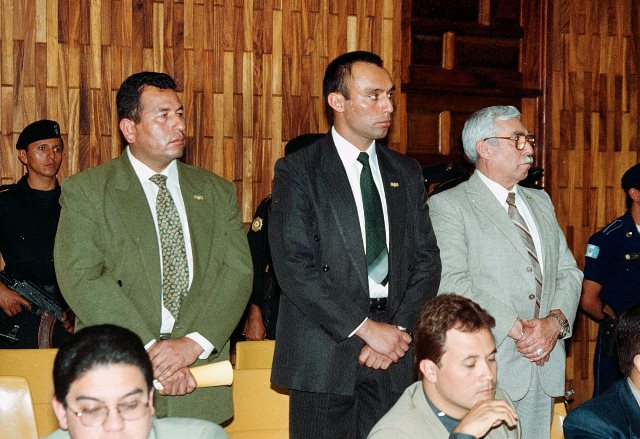 ‘The Art of Political Murder’ looks into the death of former Guatemalan Catholic Bishop Juan Gerardi. The facets of corruption, violent hands, and repressive powers have taken many nations to their dark ages. It is only a few who have been brave enough to go against these corrupt forces to seek justice, and Bishop Gerardi was one of them.

Who Was Juan Gerardi and What Happened in 1988?

Juan Gerardi was the Catholic Bishop of Guatemala who earned his theology degree from the US. After being ordained as a priest in Guatemala, his heart often went out to the indigenous populations of the country. As a result, he became famous for his notable acts in ensuring that certain radio stations broadcasted in the Mayan language.

In 1978, when General García became the President of Guatemala, many top progressive leaders were killed. In addition, Guatemala saw the rise of a repressive regime. Bishop Gerardi was quite vocal about his activities. As a result, on an assigned trip to the Vatican, General García forbade his return to the country. After seeking asylum in various countries, he settled in Costa Rica. Soon after, General García was overthrown by General Ríos Montt. Even though this meant that Bishop Gerardi could return back to the country, political violence was far from over. Learning the truth of the atrocities committed on the indigenous communities in Guatemala, the Bishop released a report titled. “Guatemala: Never Again.” This contained the number of people killed, those who were missing, and the people behind these heinous crimes.

Two months after the report was released in 1988, Gerardi was killed in his home garage. He was brutally beaten to death with concrete slabs. The Catholic Church within the country saw the dangers of the government and appointed the ‘Los Intocables’ to seek out the murderers. In 2001, Byron Disrael Lima Estrada, Byron Lima Oliva, and José Obdulio Villanueva were found to be guilty of the crimes. Father Mario Orantes, too was sentenced to prison for his proven involvement in the crime.

In the wake of the trial, a lot of information concerning his involvement in various illegal activities came out. He was known to be the head of one of the groups that organized coups. Estrada was sentenced to prison for his involvement in wartime crimes. However, he was released from prison in 2012 for good behavior. He was also known to be ill in the many years he spent in jail as a result of which he appealed for his early release. After seven years post his release, Estrada passed away in 2019.

Where Is Byron Lima Oliva Now?

Oliva is Estrada’s son who was also sentenced for the murder of Bishop Gerardi. Oliva, however, faced a more gruesome fate after he was sentenced to prison. He was killed in a fight inside the jail with another inmate. The nature of his death, though a result of a squabble, is seen with some political regard. This is because the fight that was a full-fledged one resulted in the death of 13 people leaving many others injured. Handguns and grenades were used in the process. In the aftermath of his death, his brother Luis Lima has come out on social media, urging people to see the involvement of the State in his brother’s death.

Where Is Mario Orantes Now?

Father Mario Orantes was the housemate and fellow clergyman of Bishop Gerardi. He was in the house when the crime took place. Though he reported the death, he was later considered as a suspect. This is because blood spots in front of his room were found to have been cleaned under forensic tests. He maintained the stance that he was innocent throughout the course of the trial. Though there are stories revolving around Orantes and his various sexual encounters, some hinting at the fact that he is gay, nothing has been proven yet. It’s this angle that has forced people to maintain the view that Bishop Gerardi may have been killed as a result of this. (Feature Image Credit: Hemeroteca PL)