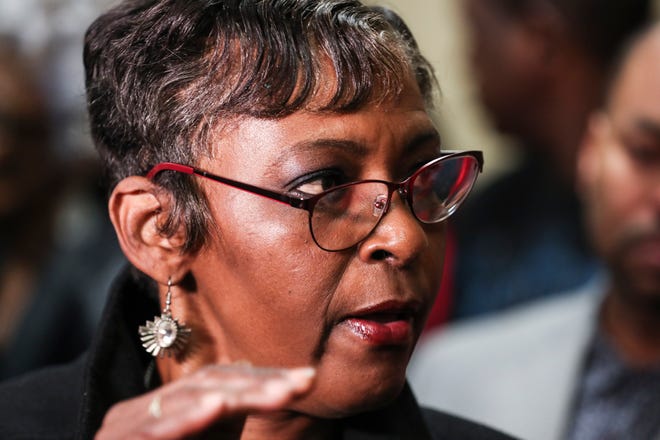 ABC’s ’20/20: Mystery in Memphis’ takes an in-depth look at the homicide case of Lorenzen Wright, the professional athlete who played in thirteen NBA seasons in his career. He was shot and killed in 2010 by his ex-wife, Sherra Wright-Robinson, who pleaded guilty in 2019 to charges related to his death. This two-hour special takes us on an emotional journey to showcase the details of this case, especially as Lorenzen’s mother, Deborah Marion, explains her own experiences and opinions in an all-exclusive interview to the channel. All that, of course, made us curious to know more about Lorenzen’s parents and where they are now. So, here’s what we found.

Who Are Lorenzen Wright’s Parents?

Born on November 4, 1975, in Oxford, Mississippi, Lorenzen Wright is the son of Herbert Wright Jr. and Deborah Marion. It seems like this pair wasn’t romantically involved for long, so Lorenzen, in his senior year, moved to Memphis, Tennessee, to be closer to his mother. Before that, though, he had the guiding hand of his father, who was the reason why he got into basketball in the first place. Herb was a professional player himself – he competed in Finland and once even had a tryout with Utah Jazz – so he trained his eldest son and made sure that he reached the competing level as well.

However, that all changed when Lorenzen was 7-years-old. Herb, who was then working for the Police Department, was shot in the back while on duty, and although he survived, he was left paralyzed. Bound to a wheelchair and unable to fully function, Herb couldn’t coach his son anymore, but he still remained a motivational and encouraging figure in his life. So much so, that he, along with Lorenzen’s mother, watched their son play at all levels in Memphis – high school, collegiate, and professional. Therefore, of course, when Lorenzen disappeared and was found murdered in July of 2010, they were devastated.

Both of Lorenzen’s parents were loud and active when it came to their sons’ murder case, especially Deborah. For seven years, when no one had any answers, they kept the media and the authorities active by pleading with anyone who knew anything to come forward. And, when Sherra Wright, their former daughter-in-law, and Billy Turner were arrested in connection with this case, they were ready to testify in court as well. All they wanted, all they still want, is to give their son the justice he deserves. Herb fought with Sherra to get control of his son’s estate. And, on July 25, 2019, when she pleaded guilty to facilitation of first-degree murder and was sentenced to 30 years in prison, with a possibility of parole in 7, Deborah promised that she would be at the release hearing to ensure that Sherra served maximum time.

As for what Deborah feels towards Billy, she says that her daughter-in-law holds more responsibility for taking her son’s life, as she masterminded the whole thing. “I’m not as mad at Billy. If Billy got seven years, I’d be like, OK,” she said (Billy’s trial date is scheduled for later this year). “Due to the fact, if it weren’t for Sherra, I wouldn’t know Billy. It would be no Billy. Billy who? I don’t know Billy.” The other thing that Deborah desperately wants is free-flowing communication with her six grandkids, however, it doesn’t seem like that is in the cards for her, as made clear by Lorenzen’s eldest daughter, Loren. From what we can tell, Deborah Marion still resides in Memphis, Tennessee, and currently works as a Night Porter at Fresh Start. Unfortunately, though, we could find no credible information about Herbert Wright’s current whereabouts. (Featured Image Credit: Brad Vest / The Commercial Appeal)

Read More: Where Are Lorenzen and Sherra’s Children Now?