Where Are Mónica and Bruce Beresford-Redman’s Kids Now? 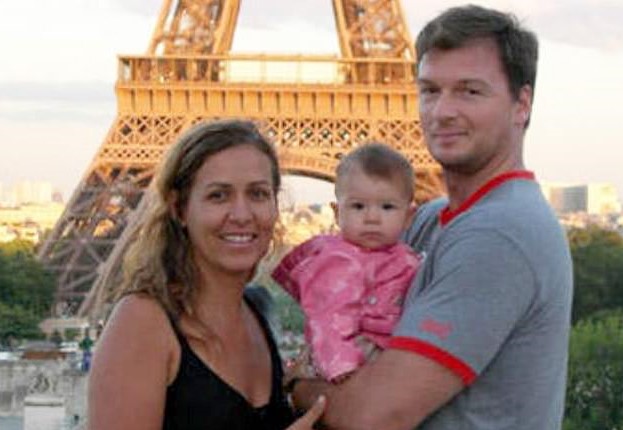 CBS’s ’48 Hours: Bruce Beresford-Redman: The Verdict’ tells the tale of how, back in 2010, in Cancun, Mexico, Mónica Burgos was found bruised and bloodied, naked, and strangled to death, in a sewer near the luxury resort where she was staying with her husband, Bruce Beresford-Redman, and their two little kids. It also highlights how, although he always maintained his innocence, the investigators found Bruce to be behind her horrific slaying. The former reality TV producer, responsible for shows like ‘Survivor’ and ‘Pimp My Ride,’ made video diaries for years to gain back his freedom. But the people who we’re now more interested in knowing about are their kids. And if you, like us, are curious about the same, then read on!

Who Are Mónica and Bruce Beresford-Redman’s Kids?

When Bruce Beresford-Redman married Mónica Burgos in 1999, they had already planned for a future together. Therefore, it was no surprise that in just a few years, they welcomed children into their lives. Their elder one, a daughter, who they named Camilla Beresford-Redman, was born in around 2005, whereas their younger one, a son, Alec Beresford-Redman, was born about two years later. Accordingly, when they all went to Cancun in 2010 to celebrate Mónica’s 42nd birthday, Camilla was only 5-years-old, while Alec was 3. And unfortunately, that’s the age they lost their mother forever.

In 2011, after Bruce was arrested in connection to Mónica’s murder and the two toddlers were placed with his aging parents for care, a therapist went on record to state that Camilla told her that she’d never seen her parents fight. “Mommy and Daddy did not yell at each other,” she revealed. “Mommy and Daddy never hit each other anywhere, any time.” But that wasn’t what other family members seemed to think. Mónica’s two sisters believed with all their hearts that Bruce was behind everything. So much so that they even told Camilla that her “daddy was a stupid old man…[who] killed [her] mommy.”

Where Are Mónica and Bruce Beresford-Redman’s Kids Now?

Up until last year, when Bruce Beresford-Redman was in prison in Mexico, both Camilla and Alec were in the care of their grandparents in California. But now that he has his freedom and is himself back home, it is quite possible that he has custody of his kids again. After all, with Camilla being 15 and Alec being 13, they are still not capable of making their own legal decisions and need a guardian in their lives. And from previous reports, it seems like they believe their father’s claims of innocence and even communicated with him regularly while he was behind bars. So they could be residing with him. “We miss each other,” Bruce once said. “And as the years go by I am ever more heartbroken to be kept apart from them, but they are both doing well.”

From what we can tell, Camilla, now in high school, is studying at the California Academy of Mathematics and Science in Carson, from where she will graduate in 2022. And as for Alec, a couple of years ago, it was reported that he was struggling in middle school, so his grandmother was looking to enroll him into St. Catherine’s Academy, a Catholic military school, in Anaheim. This was only made public knowledge because she then had to appear in court and get permission from a judge to use $36,500 from his estate in advance for his tuition. The petition for this was filed by Alec and Camilla’s grandfather before his passing, wherein he stated, “I am extremely worried about [the boy] and believe that boarding school is the best option for him at this time.”