Where Are Robert Poynter’s Daughters Now? 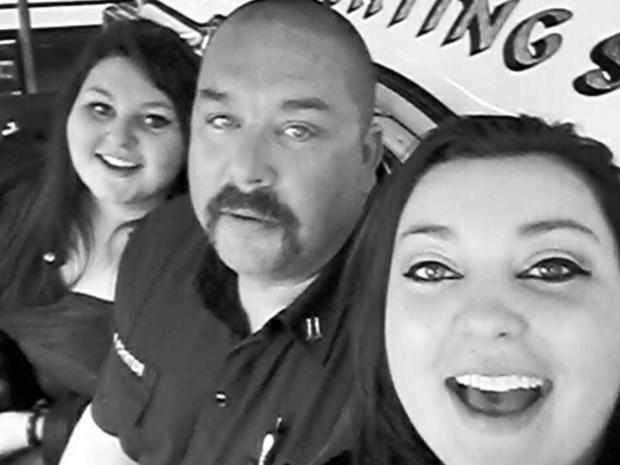 ’48 Hours’ on CBS turns our focus to the horrific murder of Robert Poynter. The veteran fire chief was shot in the head, and his wife was seemingly distraught at an unknown assailant who upended their lives in a matter of seconds. However, the cops did not buy her story due to its many inconsistencies. Further investigation proved that Chacey, his wife, did know the shooter- who was also her lover. A murky truth emerged about a planned slaying with insurance money acting as a motive.

While the perpetrators received just punishment, Captain Poynter’s loved ones remember him fondly. He remains respected in the University Park Fire Department, but it is his family that loves and misses him the most. While alive, the feeling was mutual, and Poynter’s obituary mentions how he was a loving father whose eyes lit up every time he spoke about his daughters. So, who are they, and where are Robert Poynter’s daughters now?

Where Are Robert Poynter’s Daughters Today?

Poynter is survived by three daughters – Nicole Diane Poynter, Natalie Elizabeth Poynter, and Addison Grace Poynter. Both Nicole and Natalie seem to live in Sanger, Texas, currently, while Addison resides in Royse City. While not much else is known about their whereabouts, the girls spoke out lovingly about Robert after his demise.

Natalie recalled how he’d do anything for them and how Robert was their superhero. Naturally, the daughters always thought he’d come back and were devastated when faced with the tragedy. Nicole remembers their father having a big heart. However, the greatest gift that Robert imparted is perhaps making the girls wanting to follow in his heroic footsteps to serve society. Reports suggest that Natalie wanted to be a firefighter like her father while Nicole was studying nursing. Information is surprisingly scant on Addison’s wants or reactions after the family tragedy.

Apart from grieving their father, the daughters are bent on rectifying the situation – correcting all injustices meted on the deceased. To that extent, they filed a petition in a Collin County court. Their attorney stated the girls suffered a tragic loss, which is likely to stay with them for the rest of their lives. It would be adding insult to injury if Chacey were allowed to reap the benefits of Robert’s death, by way of marital assets. At the same time, it was alleged that Chacey might sell off some of the assets to pay for her legal defense.

Nicole and Natalie went a step further in the lawsuit, claiming monetary damages for sufferings in the past and likely problems in the future. However, the most positive statement comes from their attorney during the proceedings. He mentioned that the girls continue their attempt to pick up the pieces of their lives and move forward. While one understands the hardships in moving past such tragedies, the girls’ undying love and hero-worship for their father will keep him alive in their memories, as they make new lives for themselves.