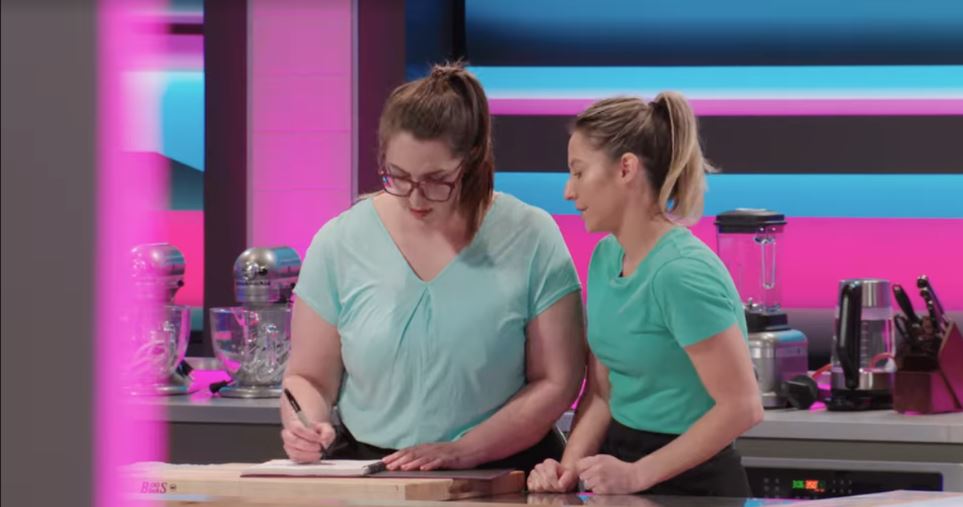 ‘Sugar Rush‘ is an incredible web series where, in each episode, four teams showcase their skills in a kitchen where time is of the essence. They compete with each other and race against the clock to whip up the best possible cakes and confections with the hopes of walking out with a $10,000 grand prize. If you’re a fan of ‘Masterchef,’ then you’ll definitely like this series. Hosted by Hunter March, pastry chefs Candace Nelson and Adriano Zumbo – along with a guest judge – critique the bakers’ creations and then decide on a winner. Curious to know where season 3’s winners are now? Here’s what we know.

Cori and Nixon, both Hawaii natives connected over their shared interest of baking. While Cori owns and operates her own business, “Cori’s Cake Dreams,” Nixon is the co-owner and creative designer of “Madcakez.” After they won the massive cash prize, it seems like the pair went back to working in their own businesses. They have used the exposure and the money to get new opportunities and expand on their passion. The self-employed individuals are thriving, and it looks like nothing or no one can stop them now.

This young Lady waited patiently for me to finish my demo to do a tic toc clip and take a picture with me… Her mom said she was a fan… Well today she’s my number one fan. Thank you very much🙏🏾

Deborah and Andre, friends, first met at the French Pastry School of Chicago, and together, they went on to bake brilliant cakes to ultimately win in ‘Sugar Rush.’ The Savannah, Georgia, native and Retired US Army official, Andre Ward, has founded his own company by the name of “The Pastry Ward”en.” Having been in the industry for over 24 years, his experience has helped his work a lot. He also has his own YouTube Channel and website where he blogs about his creations and passion. Deborah, on the other hand, has used her share of the prize money to open up her own business by the name of “Kuro Neko Cake Studio,” in Columbus, Ohio.

I'm so excited to finally announce that I'm going to be on an episode of #SugarRush: Extra Sweet! Check out me and my partner, the one and only @thepastrywarden doing what we do best when the season drops on July 31st, only on @netflix A big thank you to my @frenchpastryschool family for providing me the tools and knowledge to compete, and for offering an amazing amount of guidance and encouragement to pursue my baking dreams! . . . . Link to full trailer in bio.

Tomorrow is the big day! Tune into Netflix season 3 to see the competition! ** We are asking everyone to refrain posting on our social pages until Saturday! The staff will not get to watch til Friday night and we don’t want any Spoilers!! Thank you! ** #sugarrushnetflix #suzybeezbakery

A lot of related and married teams were on the show this season and another one included Tom and Caty Johnson, owners of “SuzyBeez Bakery” in Cypress, Texas. Even though they won in their episode, they did a brilliant job of keeping it all hush until the show actually premiered. According to their website, they got ownership of the company in 2016, and ever since then, they have been determined to expand on their passion while exploring every possible business opportunity. They also make sure to give back to the community. A cookie from their shop starts from $1.50 and large daily cakes cost anywhere between $35-$50.

Another week full of beautiful cakes! To place an order email us at [email protected] #customcake

Ok…I’ve been dying to share the news! Watch me compete in @netflix season 3 of Sugar Rush! #sugarrush #sugarrushnetflix

Friends and co-workers Hollyanne and Marrianne have been in the baking and sweets industry for a while now, especially as they work at Grossmont College as culinary arts teachers. From what we can tell, it seems like while Marrianne still works at the college as a chocolate teacher, Hollyanne has moved on to work at “JennyWennyCakes” as their second lead cake decorator. Creating marvelous cakes, edible decorations, and one of a kind pieces are their specialties, and it doesn’t look like they have plans on stopping anytime soon.

Hailing from a town of 16,000 individuals, this couple did what seemed to be impossible. Having owned a restaurant together previously, they knew pressure, so they didn’t crumble even when time was working against them and won amazingly. After winning, it seems like they went back to Massachusetts to continue with what they were doing, just on a bigger scale. While Ginnie owns a sweet and cake shop by the name of “Foxie Sugar,” Jon works as a scenic artist, mural artist, restaurateur, and baker. And, they are still dating!

El adventura quarantinas de salon 44. If we only had a ple-thora of pinatas!