Where Are The Friday Night Tykes Now? 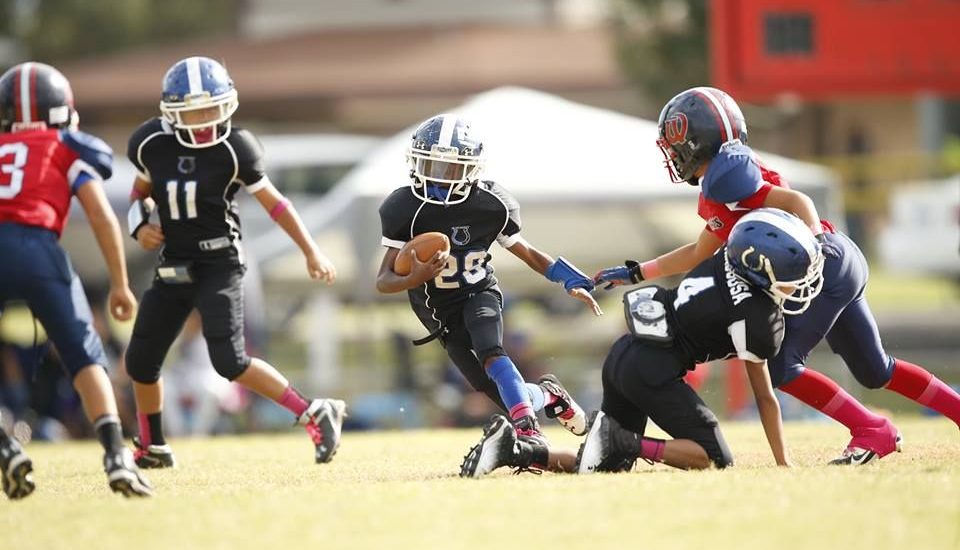 ‘Friday Night Tykes’ is a docu-series that accurately depicts the football mania in the Lone Star State, where children as young as eight years of age play in the Texas Youth Football Association. The series offers an inside look at the blood and sweat that goes into making talented football players. Focusing on the hardcore football program for the youth in Texas, the show sheds light on some of the more troubling aspects of the popular sport.

It includes illegal recruiting, traumatic head injuries, extreme training drills, often-irresponsible parents, heckling from fans, and the kids managing a typical childhood off the gridiron. During its original run, the series got a lot of flack for supposedly masquerading child abuse under the garb of football. It is as disturbing as it is intense and fascinating, especially when you see first-hand how far an adult or parent would go to get their child to what they believe sporting excellence is. Curious to know where the young football players on the show are today? Let’s find out!

As of 2020, Myzel Miller is one of the top defensive back prospects in the Texas Class of 2022. He goes to Judson High School in Converse, Texas (15 miles northeast of downtown San Antonio), and is currently a junior. Last year, Miller helped get his team to a 12-2 record as the Judson Rockets made it to the 6A Division 1 state quarterfinals.

They were doing exceptionally well in the season but ultimately lost 48-35 to Lake Travis of Austin, Texas. Known for his great closing speed and skills on the offensive side of the ball, Miller was quite the hot-shot as the running back on ‘Friday Night Tykes’ for the San Antonio Outlaws and is now continuing his illustrious high school football career.

He’s known for his great speed and lightning-fast change of directional ability. Former offensive running back with the San Antonio Outlaws and one of the stars of ‘Friday Night Tykes,’ Carson Green is now a sophomore at Reagan High School in Austin, Texas.

Packed with the talent of running great routes with unbelievable dexterity, Green looks like he was made for football and his high school football career seems to be on an upward trajectory. According to his social media, Green also has a girlfriend of 3 years.

Lucas Coley graduated from Cornerstone Christian Academy in 2020. As of June 2020, after fielding offers from many reputed universities with great football scholarships, Coley committed to attend the University of Arkansas. The San Antonio dual-threat and former top Quarterback is at the top of his game.

Coley is the tenth commitment for The Arkansas Razorbacks and number sixth on offense. In his high school football career, Coley racked up more than 3,000 yards of offense and 30 touchdowns, which is impressive, to say the least.

Fans of ‘Friday Night Tykes’ will be especially interested (and gratified) to know that ace footballer TaDion Lott is not a one-hit-wonder. The famous youth football star from Texas is currently in his junior year at East Central High School in San Antonio. Of course, the football season was a huge downer this year because of the coronavirus pandemic globally shutting all good things down.

However, Lott’s game in his sophomore season was quite impressive. Over the course of seven games during the 2019 football season, Lott rushed 27 times for 148 yards (5.5 average) and two touchdowns, with the result being that East Central High Hornets performed exceedingly well and ended the season on a high note.

The four-star cornerback from LBJ High School in Austin, Texas, Latrell McCutchin, picked Alabama over Texas and committed to the Crimson Tide in June 2019 in a decision that surprised almost all his fans. He then suffered a torn ACL early in the football season and had to sit out the games, recovering at home. In March 2020, he de-committed from Alabama.

Latrell then re-opened his recruitment, asking fans to respect his decision and also letting them know that he will still be heavily considering the Tide. However, after giving him the chase for months, the Oklahoma Sooners finally got McCutchin to commit with them, so now he is attending the University of Oklahoma as a second-year college student.