The Single Wives Cast: Where Are They Now? 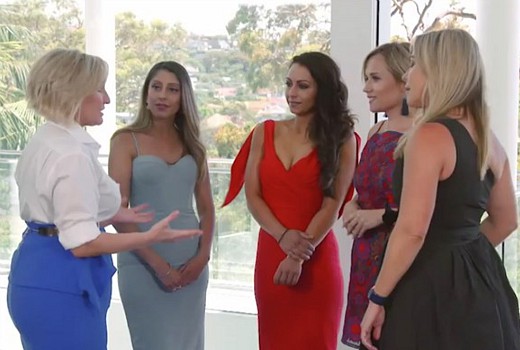 ‘The Single Wives’ is an Australian reality tv show that premiered on the Seven Network in 2018 and later dropped on Netflix Australia in July 2020. Hosted by Fifi Box, the dating series follows four formerly married women on their quest for a second chance at love. Guided by dating coach Matthew, the ladies attempt to overcome their heartbreaks and start afresh. While three of them had been married previously, one had lost her husband. The cast members in season 1 are Sheridan Buchanan-Sorensen, Sunnie Khakh, Emma Wynne, and Nikki Mitropoulos, who are seen navigating multiple dating situations to finally find their dream man. Since it has been almost two years that the show’s first season concluded, let us get an update on the current whereabouts of this striking foursome.

The glamorous Sunnie identifies herself as an “Indian Aussie bogan” who had said in the show that her cultural background made finding romance complicated. She was married for the first time when she was 20-years-old and the relationship ended because her partner was ‘more Indian’ than her. Currently, the make-up artist specializes in bridal, events, and tv do-overs. She has an adorable pooch named Bennie.

Also a fashion blogger and a fitness enthusiast, Sunnie is a resident of Melbourne and as far as her relationship status is concerned, she appears to be still single. In one of her posts, a fan commented: “Are any of the ladies still with the guy they ended the show with?? Watching your show from Canada!!!” — to which Sunnie replied: “none of us!!”. Well, that clears all doubts, right?

In the season finale, Sheridan dropped a bombshell saying that she was dating a friend of her ex-husband. She has had two failed marriages and it’s understandable that she does not want to tread on unfamiliar waters. Sheridan is a blogger, writer, and self-proclaimed foodie. She is a single mum who also has her own blog. She regularly posts inspirational quotes on her Insta handle.

The blonde bombshell believed that she found the man of her dreams in Dan, who appeared in ‘Single Wives’. But unfortunately, she is no longer with him and is still waiting for the perfect partner. In one of her posts, a fan commented: “Loved loved the show. Hope Dan and you are still together” — to which she reverted: “Unfortunately I kept up my bad habit of choosing men who cheat, but I’m still hopeful my person is out there ❤️”

Nikki is a full-time mum to a boy child named Danny and she has her own restaurant in Melbourne.

Happy 11th birthday to my main squeeze .. Danny boy 😍🥳😊 I'm so proud of the person you have become. My handsome little blue eyed white boy, my best friend, you came into this world 11 years ago when I truly needed you. You are funny, kind, witty, too smart for your own good, charming, thoughtful and sometime extremely annoying, but you're my annoying!!!!!!! How I got so lucky to have you as my son I'll never know 🙏🙏 I love you more than I can say in words my beautiful boy xo hope you have an amazing day 😘😘 #happy #birthday #11yearsold #11 #myson #myboy #lovehim #family #mummasboy #celebrate #mybestfriend 😍🥳😎

She has a tragic backstory when she lost her husband Daniel in a motorcycle accident. Nikki was pregnant with her son and gave birth a few months later. She also had a relationship after Daniel’s death that lasted four years. Currently, she appears to be single, and as we already know, she was unsuccessful in finding her man in ‘Single Wives’ as well. Nikki has responded to one of her fans asking about her relationship status with her featured guy Kiel, saying: “thank you lovely ☺️ we are still great friends but the distance got the better of us when it came to being in a relationship”.

Emma Wynne, when she appeared in the show, had been single for three years after leaving a four-year marriage. The blonde beauty is a men’s vulnerability coach and a master NLP practitioner. The still-single woman helps men in transforming their pain to their greatest power. We do hope that she settles on the perfect partner soon if that is what she wants!

Strive for a life that’s bigger than the fears you have. It’s on the other side of our fear that the magic lives. 📸 @michellekate_photography @we.rise.events IWD 2020

Read More: Where Are the Fab Five Cheerleaders Now?